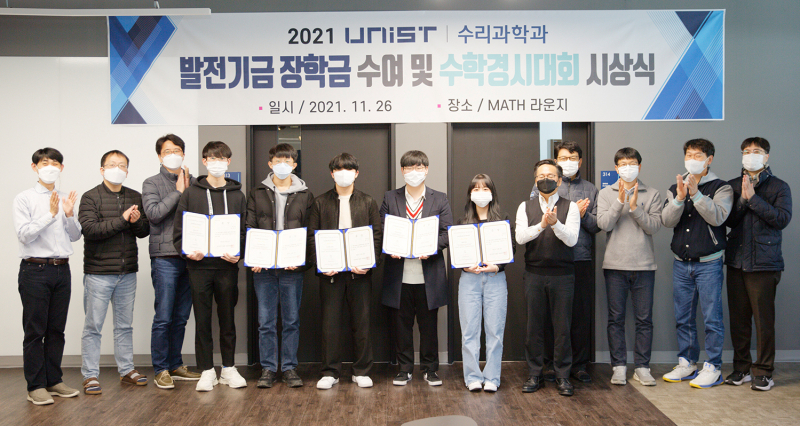 The purpose of this event was to announce the recipients of the development fund scholarships and the competition results. Marking the third anniversary of its creation in 2019, the competition has been promoted by the Department of Mathematical Sciences with the aim of fostering future generations of mathematical scientists. 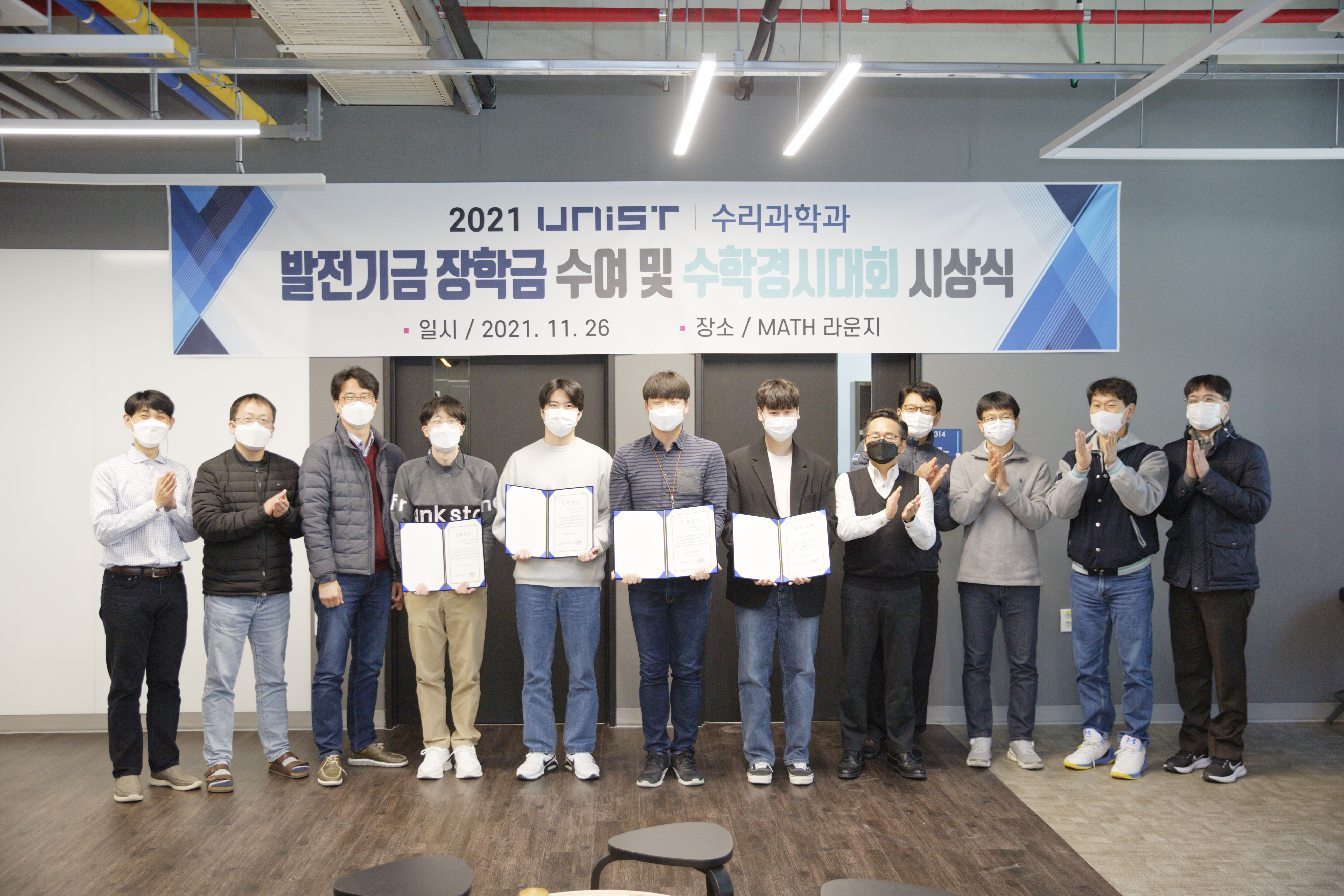 The Department of Mathematical Sciences established this scholarship program in 2017 to recognize, encourage, and assist currently enrolled students with a mathematical science major who have excellent scholastic records. After the scholarship delivery ceremony, awards were given to students who performed well at the 3rd UNIST Mathematics Competition.

This year’s math competition was held online and offline on November 12, 2021. It is a competition for students enrolled within the second semester and anyone interested in mathematics can participate.