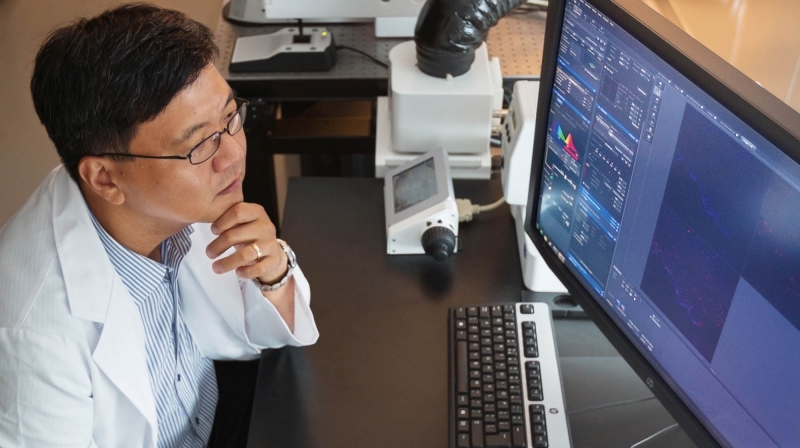 Prof. Kyungjae Myung (School of Life Sciences), Director of the IBS Center of Genome Integrity is looking at results of his recent work on cancer treatment.

A new study, led by Prof. Kyungjae Myung (School of Life Sciences), Director of the IBS Center of Genome Integrity has revealed breakthrough inhibition of colon tumors in mice with mismatch repair deficiency.

The findings, published in the June 6th issue of the American Association for Cancer Research, suggest that this is a significant breakthrough for the future treatment of colon cancer patients, specifically for those with DNA mismatch repair (MMR) deficient tumors. 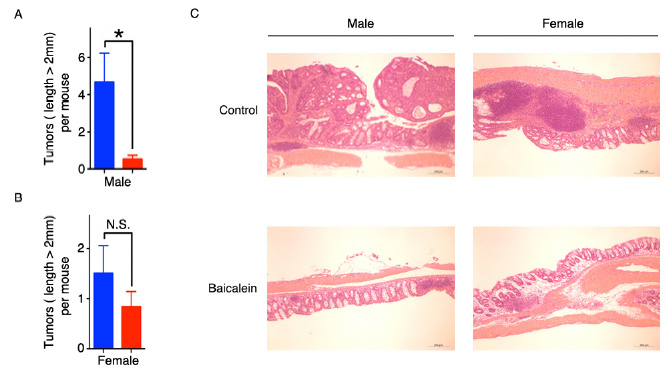 Baicalein inhibits the growth of AOM-DSS-induced colon tumors in mice and the model for baicalein activity in MutSα-proficient and MutSα-deficient cells.

Baicalein has been reported to have some anti-inflammatory(33) and antiproliferative(16) effects. In the study, the research team discovered that baicalein is not only a small molecule that selectively kills MutSα-deficient cancer cells, but also offers several advantages over other MSH2-mutant sensitizing drugs, such as methotrexate and psoralen.

In the study, two distinct mice models were used to test their hypothesis. They were induced with colon tumors and exposed to a constant dose of baicalein over a two week period. Apoptotic cell death increased two fold by baicalein in MutSα-deficient tumors. The results show that Baicalein continued to significantly shrink the MutSα-deficient tumors.

Prof. Myung notes that “This research finding has great potential to target cancer therapy for patients who are diagnosed with mismatch repair deficient tumors. These particular types of tumors cover 10% of colon cancers.”

This work has been supported by the Creative Research Initiative, BK21 Plus, and Mid-Career Researcher programs through the National Research Foundation of Korea.