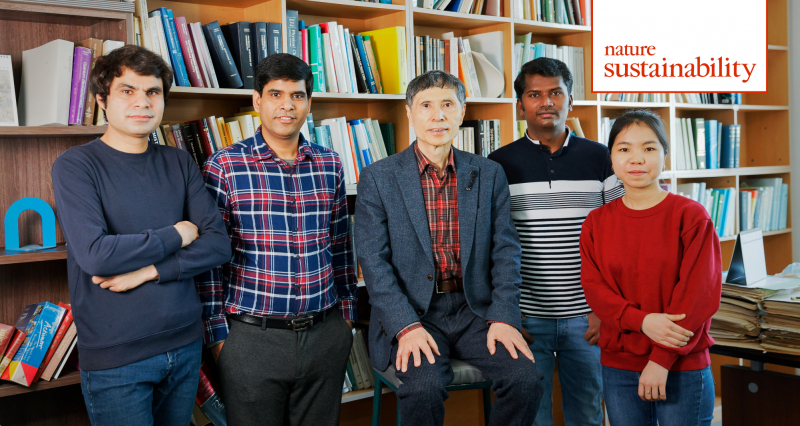 A research team, led by Professor Kwang S Kim (center) from the Department of Chemistry at UNIST has developed a new low-cost catalyst synthesis method that can efficiently decompose water into oxygen and hydrogen using waste-yeast biomass.

Their findings have been published in Nature Sustainablity on April 10, 2020.

A novel catalyst synthesis method, capable of generating hydrogen from yeasts, the main microorganisms involved in alcohol and bread fermentation, has been developed. The new system can efficiently decompose water into oxygen and hydrogen, using substances found in waste-yeast biomass. Besides, this method is inexpensive, has a high yield, and thus is expected to reduce the hydrogen production cost from the decomposition of water.

A research team, led by Distinguished Professor Kwang S. Kim (National Honor Scientist of Korea) in the School of Natural Sciences at UNIST has successfully developed a new catalyst synthesis method that can efficiently decompose water into oxygen and hydrogen using waste-yeast biomass. Besides, by covering the yeast-based support with ruthenium (Ru) and iron (Fe)-based materials, they developed a new catalyst material that exhibits excellent performance in both hydrogen and oxygen generation.

Hydrogen is the cleanest primary energy source on earth. One way of producing environmentally-friendly hydrogen is via the electrolysis of water. However, such method needed noble-metal-based catalysts, such as platinum (Pt) for the HER and Iridium (Ir) for the OER. However, these catalysts are typically rare, expensive, and less durable. 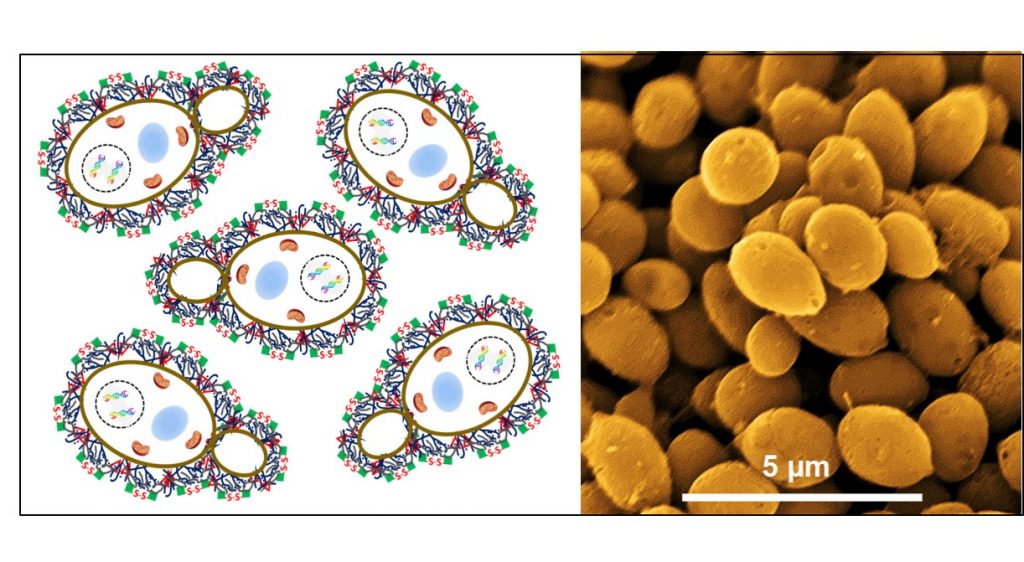 The research team focused on the waste-yeast biomass, as catalyst material that will improve both oxygen and hydrogen generation, while replacing the noble metal catalystsl, such as Pt or Ir. Because yeast is a living organism, it is rich in substances, such as carbon (C), phosphorus (P), sulfur (S), and nitrogen (N) even when used up and discarded.

Such materials can have an increase in electrical conductivity, as well as practical gatherings that can hold other materials to assist fix metal particles. This feature has the potential to make a good catalyst, eventually.

In the study, the research team has created two catalysts that promote the generation of both hydrogen and oxygen, using waste yeast as a catalyst support. They reported hydrogen and oxygen production in 1 M potassium hydroxide using ruthenium single atoms (RuSAs) along with Ru nanoparticles (RuNPs) embedded in MHC (RuSAs + [email protected]) as a cathode and magnetite (Fe3O4) supported on MHC (Fe3O4@MHC) as an anode. The RuSAs + [email protected] catalyst outperforms the state-of-the-art commercial platinum on carbon catalyst for hydrogen evolution reaction in terms of overpotential, exchange current density, Tafel slope and durability. Furthermore, compared with industrially adopted catalysts (that is, iridium oxide), the Fe3O4@MHC catalyst displays outstanding oxygen evolution reaction activity.

The research team noted, “For whole water splitting, it requires a solar voltage of 1.74 V to drive ~ 30 mA, along with remarkable long-term stability in the presence (12 h) and absence (58 h) of outdoor-sunlight exposure, as a promising strategy towards a sustainable energy development.”

“Yeast biomass-derived materials can help develop efficient, eco-friendly and economical catalysts to improve the sustainability of hydrogen production,” says Distinguished Professor Kim. “Compared to coal and oil, waste yeast is eco-friendly, inexpensive, and readily available biomass, and the results of the study suggest a new application of waste yeast biomass.”

The findings of this research have been published in Nature Sustainability on April 6, 2020. This study has been participated by Research Professor Jitendra N. Tiwari (School of Natural Sciences, UNIST), as the co-corresponding. Besides, it has been supported by the National Honor Scientist Program via the National Research Foundation of Korea (NRF) and the Ministry of Science and ICT (MSIT).