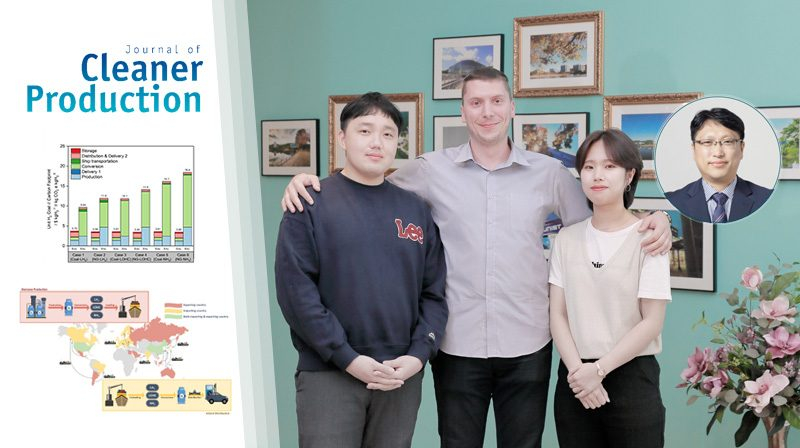 Their findings have been published in the September 2021 issue of Journal of Cleaner Production.

A research team, led by Professor Hankwon Lim in the School of Energy and Chemical Engineering at UNIST has released a study that provides an economic and carbon footprint analysis of overall hydrogen supply for different hydrogen carriers from overseas production to inland distribution.

The research team anticipates that this can be used as a policy indicator for supporting the establishment of overseas hydrogen supply chain by calculating the cost of the entire process, such as production, storage, transportation, as well as the emission of carbon dioxide. 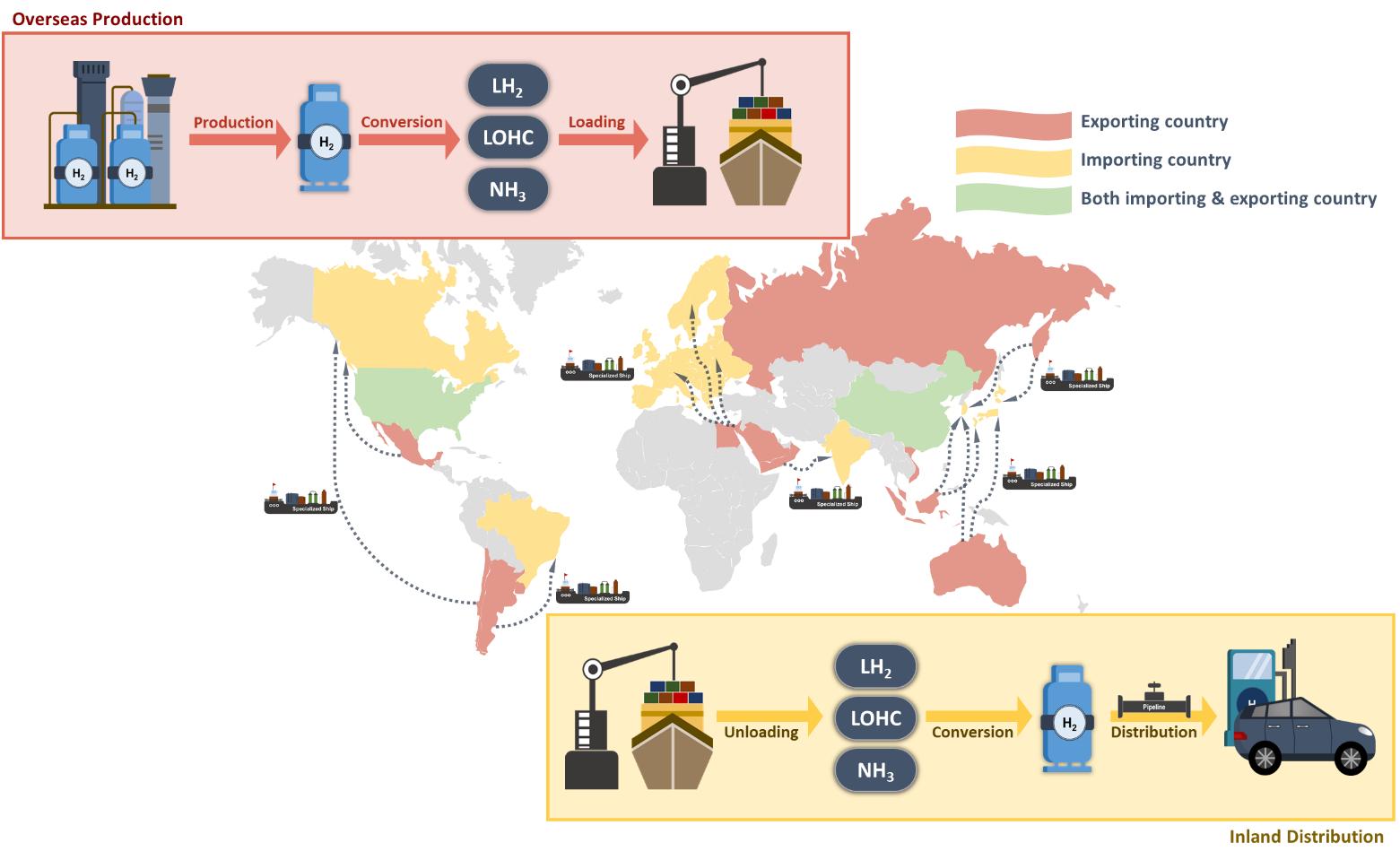 Those countries heading for the hydrogen economy, including Korea, Germany, and Japan, are usually unable to meet their demands with the inland supply alone due to infrastructure and economic problems caused by expensive resources and a shortage of land. In this kind of background, introducing overseas hydrogen which can be produced economically by utilizing unused resources and land overseas is regarded as an attractive way to meet demands, noted the research team.

“Some countries, like Japan and Europe, which are in a similar situation, are already conducting empirical research on hydrogen imports from overseas, such as Australia,” noted Ayeon Kim (Combined MS/Ph.D program of Energy and Chemical Engineering, UNIST), the first author of the study. 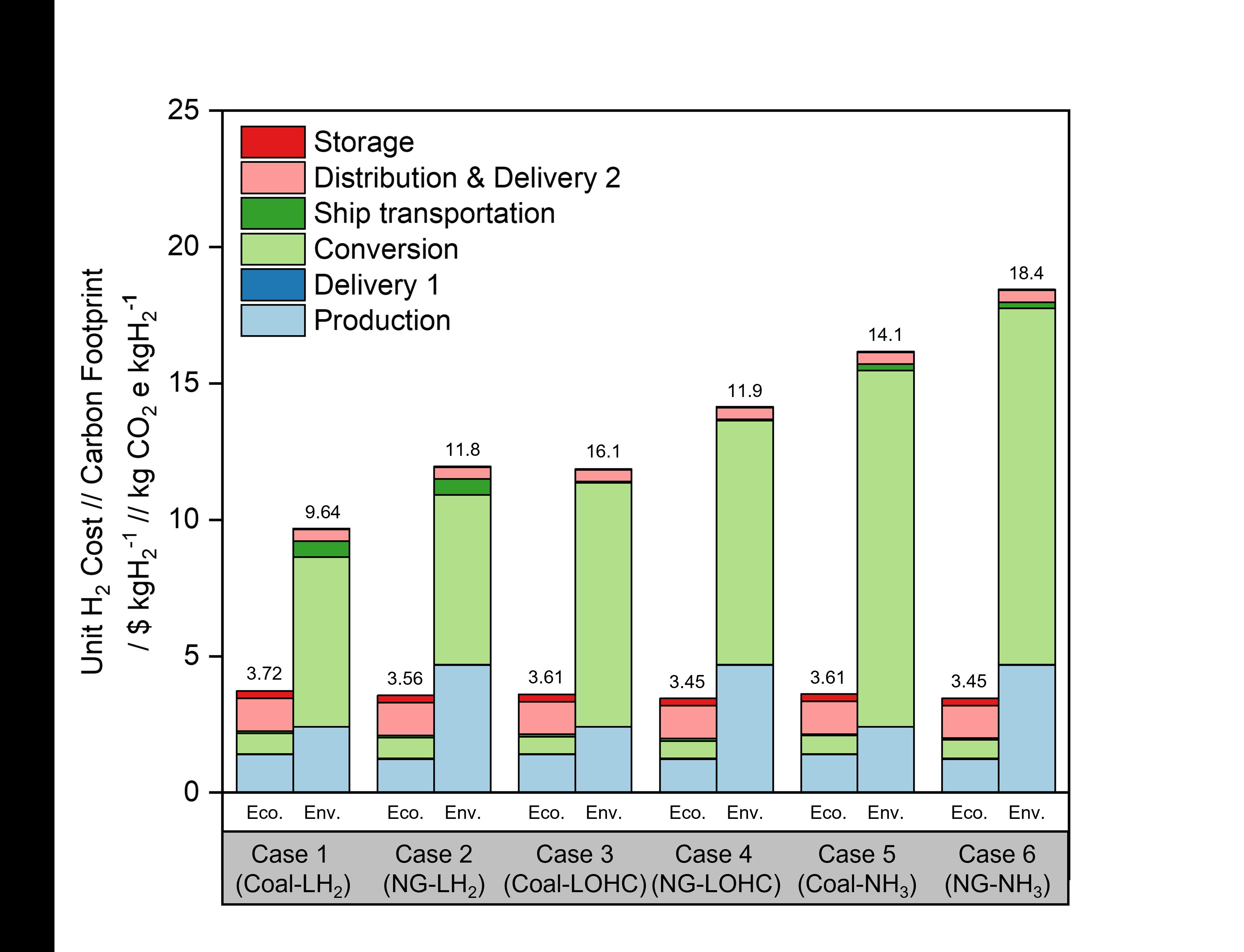 According to the research team, for ship transportation sector, the cross-overs between unit hydrogen costs of liquid organic hydrogen carriers and liquid hydrogen could be found at around 4,000 km and 1 million tons of hydrogen in trends according to distance and amount, respectively. And for distribution sector, pipeline is significantly feasible due to the large amount while trailers show feasibility with hydrogen amount less than around 4,500 tons for delivery sector.

They also carried out a case study of importing hydrogen from Indonesia to Korea to show feasibility with all unit hydrogen costs below the 2030 target as stipulated in the Korean roadmap, as well as a guideline regarding which sector contributes majorly and should be improved technically and strategically to fulfill the 2040 target in the roadmap. The research team further conducted the uncertainty analysis on the overall carbon footprint for the case study to indicate the future risks of carbon emission from the immature technology.

Published in the September 2021 issue of the Journal of Cleaner Production, this study has been carried out in collaboration with the Korea Institute for Advanced Study (KIAS). It has been supported by the National Research Foundation of Korea (NRF) through the Ministry of Science and ICT (MSIT), as well as the Korea Institute of Energy Technology Evaluation and Planning (KETEP) through the Ministry of Trade, Industry and Energy (MOTIE).