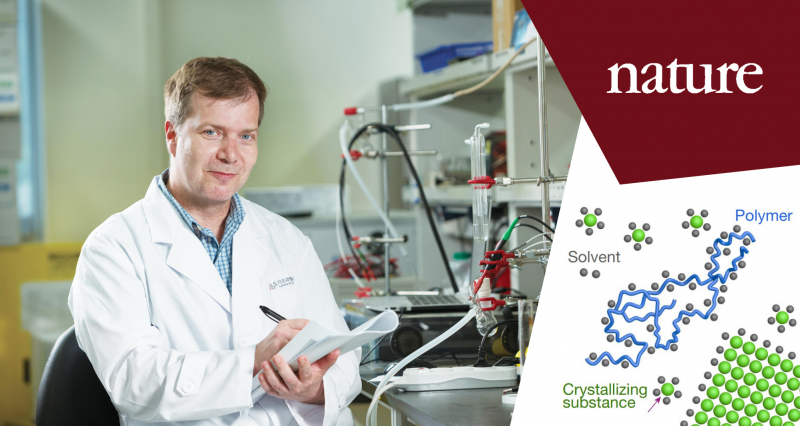 A recent work by Distinguished Professor Bartosz Grzybowski has been published in the latest issue of Nature.

The process of examining characteristics of drug candidates thoroughly is essential for obtaining institutional approvals of new drugs for which high-quality crystallographic data are required. Indeed, growing large crystals of good quality from various substances serves a particular purpose for such processes and analyses. A recent study, affiliated with UNIST has introduced a novel crystal growth method, which enhances crystal growth 10 times faster than the average.

An international joint research team led by Distinguished Professor Bartosz Grzybowski (Schoool of Natural Science) has demonstrated that in the presence of polymers (preferably, polyionic liquids), crystals of various types grow in common solvents, at constant temperature, much bigger and much faster when stirred, rather than kept still. This overturns the idea that mechanical disturbances, such as bumping, swirling, or vibrations, interfere with the production of large and good-quality crystals.

Crystallization method typically begins with the formation of high-quality seed crystals that will be used to grow large single crystals. Thus, producing good-quality crystals of a suitable size is the most important step in the whole crystal structure process. To obtain properly-sized and good-quality crystals more rapidly, it is important to facilitate Ostwald Ripening, the process of dissolution of smaller particles and the growth of larger particles at the expense of the smaller particles. It is common knowledge that mechanical disturbance of the crystal growing vessel can result in a large number of very small crystals, instead of a small number of large ones. This, then, hinders the growth of large single crystals.

Figure 1. Scheme of the conjectured mechanism: the polymer (blue) and the crystallizing substance (green) compete for shared solvent (grey). When shear flow is absent (left), the amount of solvent sufficient to solvate the entangled polymer is lower than that to solvate the polymer disentangled by shear flow (right). The disentangling polymer ‘steals’ this additional solvent from the molecules of the crystallizing substance, causing these molecules to attach to the nearby crystal (the purple arrow in both panels points to the same particle). Orange arrows illustrate the vector field of fluid velocity in the case of a mean shear flow.

However, the research team observed an opposite phenomenon in the growth solution, containing polyionic liquids. It is generally thought that growing large crystals is only possible in undisturbed solution, and thus obtaining large crystals by vigorous stirring seemed abnormal. Further investigations showed that in the presence of polyionic liquids, stirring could enhance the growth of crystals from various substances, including diverse organic molecules, inorganic salts, metal–organic complexes, and some proteins.

To better understand the mechanism, the research team performed a series of crystalization experiments with the application of a stirring method to growth solution, containing polyionic liquid. Their results showed that the rate at which the average crystal size grew with time was at least an order of magnitude faster than typical rates of Ostwald Ripening. Besides, the growth rate was proportional to the stirring speed and on the length of polymer chain molecules. 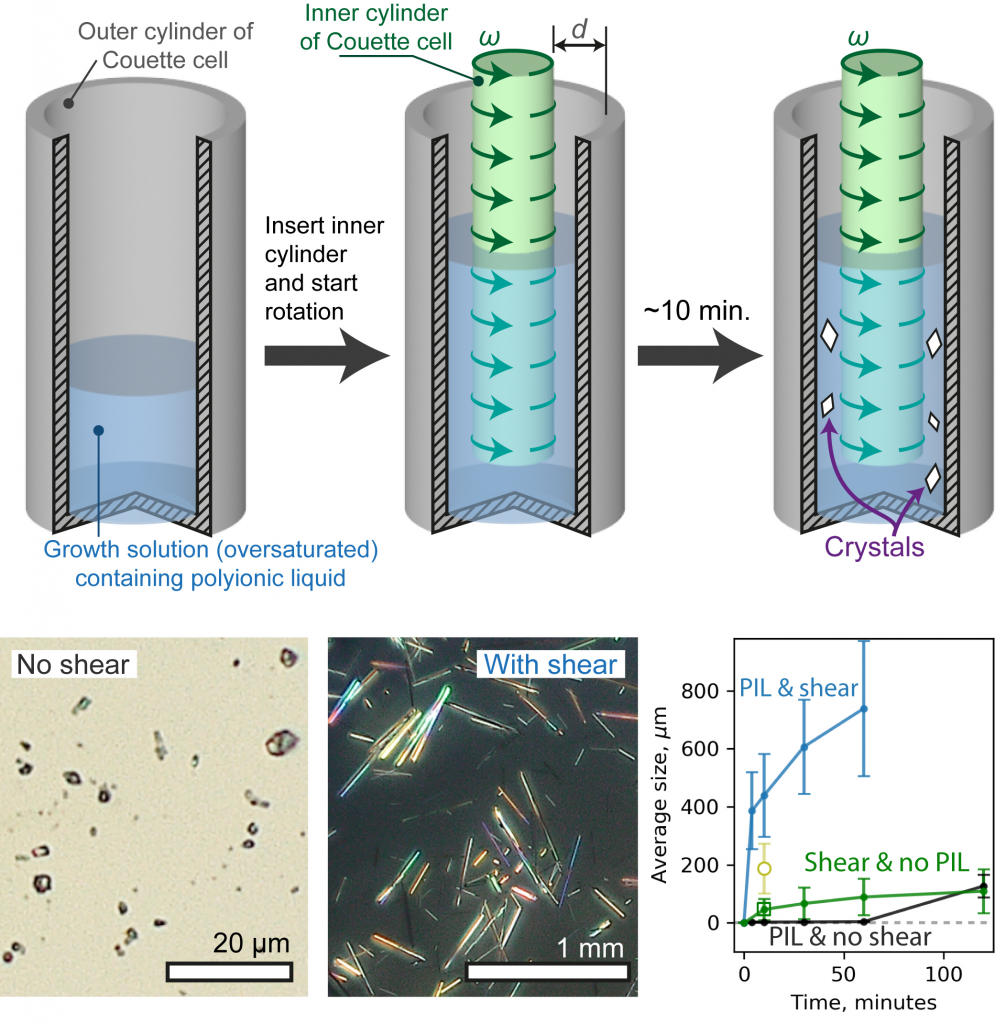 Figure 2. Shear-enhanced growth of TA crystals in the presence of an ionic polymer.

Approximately 20 different substances were tested in total, yielding crystals much quicker than by conventional crystal growth methods. “Importantly, as compared to conventionally grown crystals, this acceleration of growth effected by stirring in the presence of polyionic liquid was not detrimental to crystal quality, as evaluated by crystallographic quality of X-ray diffraction patterns,” according to the research team. Their findings received considerable attention from academics, as a mechanism for promoting crystallization via a new physical phenomenon rather than the existing Ostwald Ripening.

“This closed-system, constant-temperature crystallization driven by shear could be a valuable addition to the repertoire of crystal growth techniques, enabling accelerated growth of crystals required by the materials and pharmaceutical industries,” says Distinguished Professor Grzybowski.

This study has been supported by the Institute for Basic Science Korea (IBS). The findings of this research have been published in Nature on March 4, 2020.