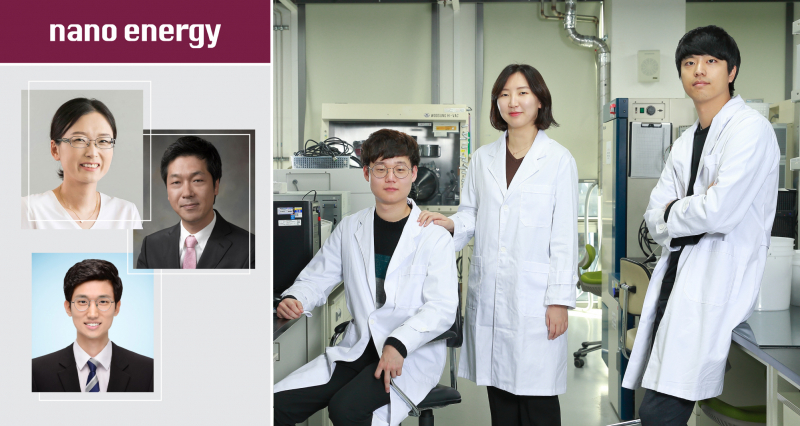 Their findings have been published in the January 2020 issue of Nano Energy.

With the spread of electric vehicles, interest in “high capacity batteries” is high. Lithium metal batteries, which use lithium metal on their anodes, are also drawing attention in this context. However, the problem is that the stability of the lithium metal is too large and the stability is low. The technology that solved this by the “electrolyte” in battery came out.

A joint research team, led by Professor Nam-Soon Choi and Professor Sang Kyu Kwak in the School of Energy and Chemical Engineering at UNIST has developed an ion concentrate electrolyte using a solvent containing fluorine atoms. The electrolyte evenly formed a protective film on the negative electrode and the positive electrode of the lithium metal battery, increasing the lifespan and output of the entire battery.

Professor Nam’s research team developed a new composition containing fluorine (F) to protect both the negative and positive electrodes at the same time and increase the battery output. Fluorine reacted with lithium to form a protective film on the surface of the lithium electrode, and also repaired when the protective film was partially destroyed.

“The fluorine-containing electrolyte formed a protective film on the anode, and the electrolyte was decomposed at a high voltage of 4V or more and the adhesion to the anode was solved,” says Yongwon Lee (Department of Energy Engineering at UNIST), a senior researcher at the R&D center of LG Chemical Co., Ltd. “This allows the implementation of high-voltage, long-life lithium metal batteries that was not available in the electrolytes of conventional lithium-ion batteries.”

Professor Kwak’s team used theoretical calculations to identify reaction trends and reaction mechanisms for fluorine-containing solvents. In particular, the fluorinated ether solvent, which has a reduction reaction more easily than conventional fluorine, has a property of easily emitting fluorine, thereby promoting the formation of a protective film (fluorinated interface) on the cathode. Kwak said, “This calculation principle will contribute to the development of functional electrolyte materials and additives for the high performance of lithium metal batteries.”