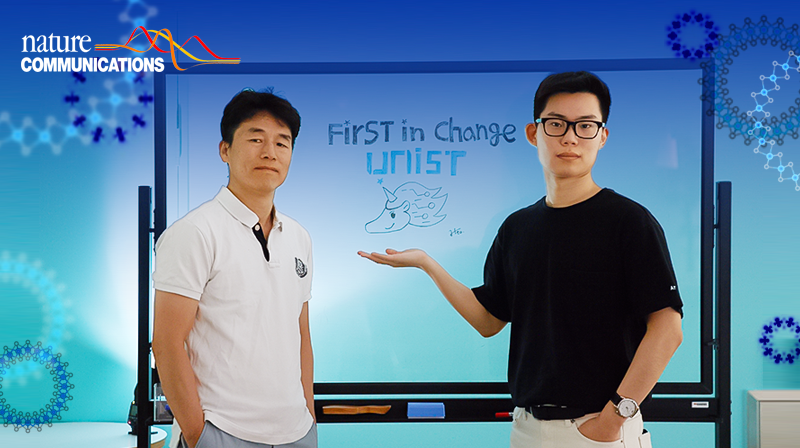 Their findings have been published in Nature Communications.

Abstract
The intrinsic light–matter characteristics of transition-metal dichalcogenides have not only been of great scientific interest but have also provided novel opportunities for the development of advanced optoelectronic devices. Among the family of transition-metal dichalcogenide structures, the one-dimensional nanotube is particularly attractive because it produces a spontaneous photocurrent that is prohibited in its higher-dimensional counterparts. Here, we show that WS2 nanotubes exhibit a giant shift current near the infrared region, amounting to four times the previously reported values in the higher frequency range. The wall-to-wall charge shift constitutes a key advantage of the one-dimensional nanotube geometry, and we consider a Janus-type heteroatomic configuration that can maximize this interwall effect. To assess the nonlinear effect of a strong field and the nonadiabatic effect of atomic motion, we carried out direct real-time integration of the photoinduced current using time-dependent density functional theory. Our findings provide a solid basis for a complete quantum mechanical understanding of the unique light–matter interaction hidden in the geometric characteristics of the reduced dimension.

A research team, affiliated with UNIST has identified the physical mechanism underlying the large bulk photovoltaic effect (BPVE) of TMD nanotubes by using perturbation theory analysis, together with ab initio real-time simulations of the photocurrent. Through experiments, they found that the unique interwall charge shift of the multi-walled coaxial tubes is the primary factor responsible for the large BPVE of the nanotubes.

Figure 1. (a) Schematic image of double-layer TMD nanotube structure. (b) Calculated shift-current spectra of the individual (7,0) and the (18,0) SWNTs and the DWNT with respect to the frequency of the applied light. (c) Shift-current-weighted density of states (SDOS) of the DWNT corresponding to the shift-current peak (ℏω = 1.15 eV) denoted by the orange arrow in (b). Two interwall transitions are labeled as α and β transitions. The states from the inner (outer) tube are represented by blue (red) lines. e Real-space representation of the hole (red) and electron (blue) carrier density of the α and β transitions.

The research team expects that this discovery will help develop next-generation solar cell materials, capable of overcoming the theoretical efficiency limits of the existing solar cells. The so-called ‘Shockley–Queisser’ limit puts the optimum possible sunlight-to-electricity conversion efficiency at 33.7% for a single-junction solar cell. This was due to the limitations posed by the p-n junction. With the p-n junction solar cells, current decreases when voltage increases, but current decreases when voltage increases. However, as for the large BPVE, it is possible to regulate both current and voltage at the same time.

“Our findings provide a solid basis for a complete quantum mechanical understanding of the unique light–matter interaction hidden in the geometric characteristics of the reduced dimension,” said the research team. “We also expect that this will aid in the production of next-generation solar cells, as well as the development of infrared sensors that operate without needing to recharge, and the next-generation semiconductor devices.”

The findings of this research have been published in the June 2022 issue of Nature Communications, a multidisciplinary journal that publishes high-quality research from all areas of the natural sciences. It has also been supported by the National Research Foundations of Korea (NRF).