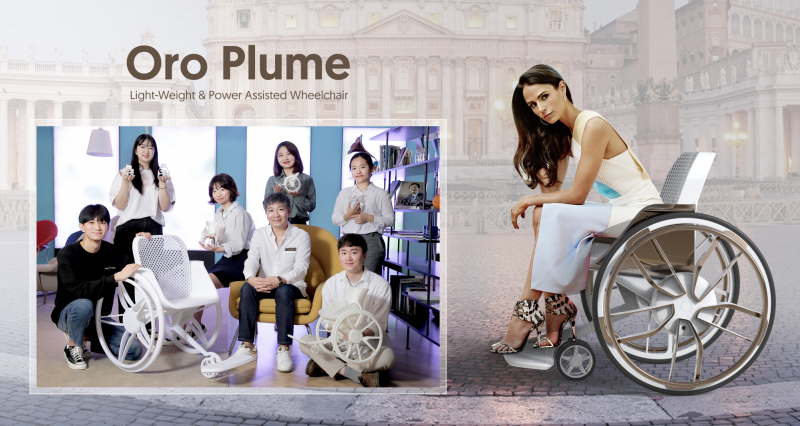 A ground-breaking design that breaks your stereotypes endorsed for wheelchairs has been appreciated for its value at the world-renowned International Design Excellence Award (IDEA) 2020.

A UNIST design team, led by Professor Yunwoo Jeong in the Department of Design at UNIST has announced that its latest wheelchair design concept, entitled ‘Oro Plume’ has been awarded the prestigious IDEA 2020 award in the the category of Medical & Health within the Professional concept.

The Oro Plume by Professor Yunwoo Jeong and his design team at UNIST is a lightweight power-assisted wheelchair that assists people with disabilities to become more mobile and independent. Existing wheelchairs are heavy and require assistance when moving around, thus it seemingly gives the impression that people sitting on are patients. Oro Plume uses graphene and mesh-like, high-elastic fabric to reduce weight and motor (in-wheel coater) in the wheel to make it easier for users with weak arms. 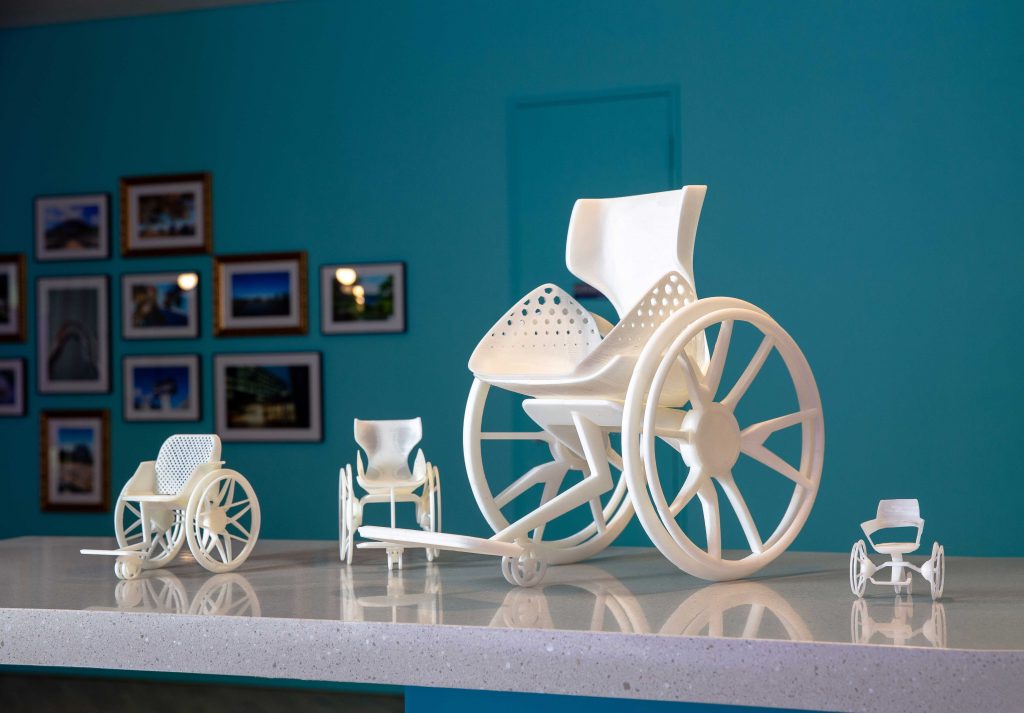 Above is an early stage physical prototype of Oro Plume, a power-assisted portable wheelchair, by Professor Yunwoo Jeong in the Department of Design at UNIST.

“Wheelchair users must endure the social perception of being patients who have difficulty in walking or moving around and use wheelchairs for mobility,” says Professor Jeong. “Oro Plume, on the other hand, offers a more convenient means of transport, while being robust, lightweight, and aesthetic, thereby breaking your stereotypes, eodorsed for wheelchairs.”

The team has devised the wheelchair with graphene and carbon fibers with higher strength and modulus for reduced bodyweight and enhanced maneuverability. Accordingly, along with reduced weight, it can be sufficiently power-assisted by in-wheel electric motors, even in the case of going up the slippery slope. 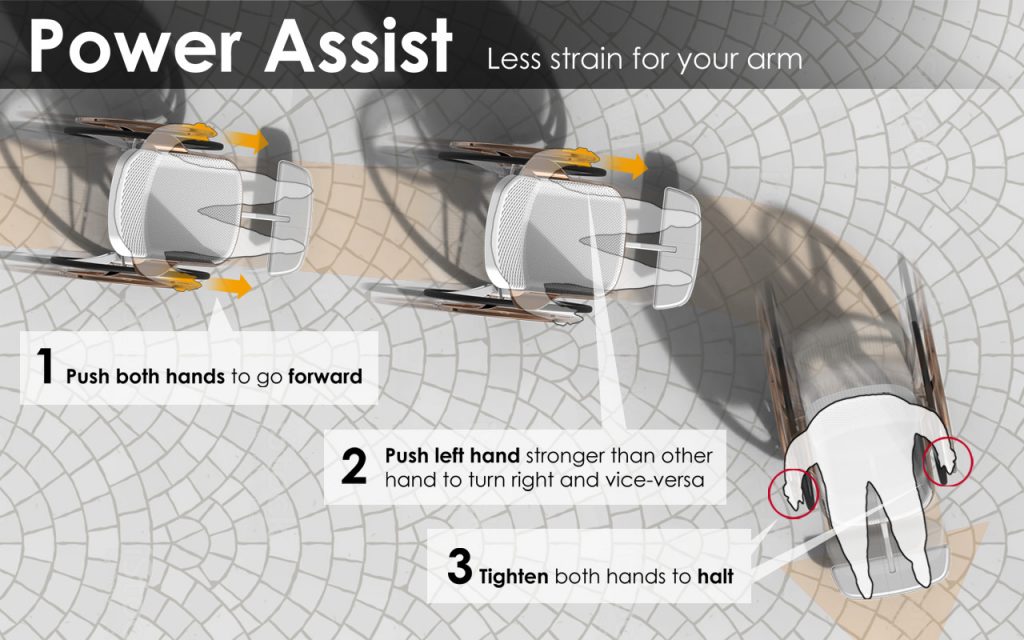 Oro Plume by Professor Yunwoo Jeong and his design team in the Department of Design at UNIST.

They have been conducting various mass-producible designs for Oro Plume, including a study to find a stable center of gravity and improve usability through the simulation of user movements. An early stage physical prototype has already been developed, and by the end of this year, the design team is expecting to bring it to a mass-producible state.

IDEA, hosted annually by the Industrial Designers Society of America (IDSA) since 1980, is one of the most prestigious and influential design competitions in the world, along with iF (Germany) and Red dot (Germany). Oro Plume has not only been recognized for design excellence at the 2020 IDEA Awards, but also at the 2019 iF Design Awards. The design was also the winner of Silver medal in Fall 2018 at the Spark Awards International Design Competition.