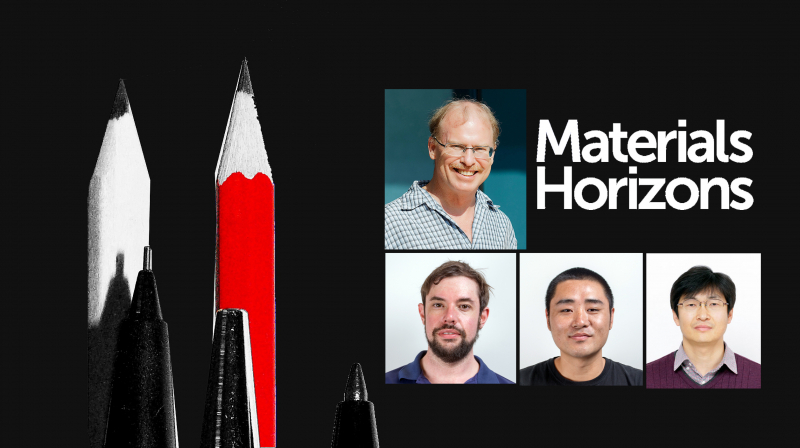 The work by Distinguished Rodney S. Ruoff and his research group at IBS CMCM has been published in Materials Horizons.

An international team of researchers, affiliated with UNIST has announced that they have discovered a pressure-free approach for creating synthetic graphite with well-oriented crystallites.

This study has been led by Distinguished Professor Rodney S. Ruoff and his research group from the Center for Multidimensional Carbon Materials (CMCM), within the Institute for Basic Science (IBS) at UNIST. The research team notes that their findings may provide an approach to realize single crystal graphite films, perhaps in combination with established techniques, such as stress recrystallization.

Most materials including graphite consist of very small and randomly oriented crystals that are interconnected to make up the bulk material. In graphite, no method exists to make large single-crystals, and highly oriented samples (“highly oriented pyrolytic graphite”, HOPG) that are of importance in research applications have required a costly combination of very high temperatures and pressures to fabricate.

The team incorporated a layer of near-perfect single-crystal graphene (grown separately and transferred) in the carbon precursor before heating. Graphite was found to form with a preferred orientation adjacent to this single crystal graphene when the polymer carbonized and then graphitized.

▲ (Left) At the beginning of the heat treatment, thin regions of well-aligned carbon atoms can be seen adjacent to the graphene layer that had been previously embedded in the polymer. (Right) High magnification images show layers of carbon atoms that have aligned parallel to the graphene.

“What we observe is a templating effect,” explains Dr. Cunning, IBS Research fellow, the author of the study. “When the carbon atoms of the precursor are heated, they have more energy to move around and those near to the graphene layer ‘copy’ the arrangement of the atoms in the graphene—which has a perfect hexagonal arrangement of its carbon atoms.” He adds, “When the temperatures increase even further a kind of “domino effect” takes place where each layer is copying the arrangement from the layer before resulting in a well-oriented graphite film”.

Dr. Bin Wang, IBS Research fellow, highlighted the ability to make films with large lateral sizes. “The only restriction to how large these films can be made is currently how large the graphene can be grown, and we currently can grow single-crystal graphene 4cm x 8cm, but improvements will eventually allow much larger sizes”.

“The improvement in grain orientation that we observed from incorporating graphene was quite interesting,” says Director Tae Joo Shin (School of Natural Science, UNIST) of UNIST Central Research Facilities, who contributed to the synchrotron experiments performed in Pohang.

Single crystal graphite is notoriously difficult to synthesize. It can survive for some time even at temperatures close to 4000 °C so established methods of generating single crystals (working very close to such a high temperature, for example) can’t be applied to making graphite. Creating well oriented films might be the first step that could result in eventually achieving singly crystal graphite.

“Given the exceptional importance of graphite in many applications and its very large scale production but essentially as only a flake-like material, we are very interested in exploring alternative approaches in the hope that one day we might be able to achieve large-scale single crystal graphite films,” says Professor Ruoff.

This research was supported by the Institute for Basic Science, and has been published in the January 24, 2019 issue of Materials Horizons.