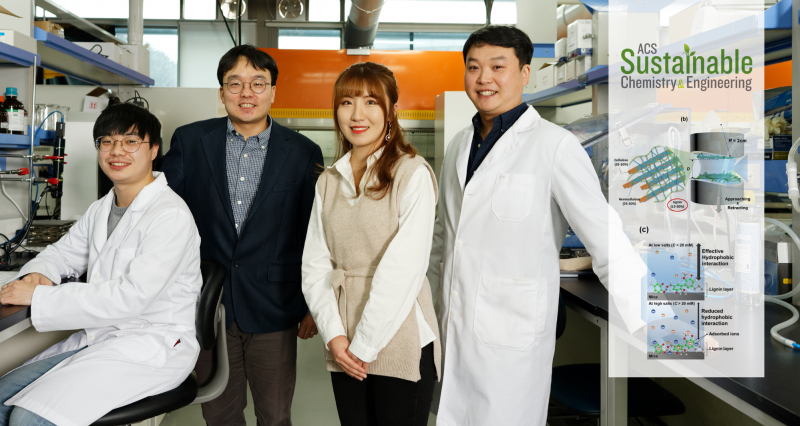 Their findings have been published in ACS Sustainable Chemical & Engineering on December 2, 2019.

Ligin, which is widely contained in waste wood, is attracting attention as a next-generation bio material. In the meantime, lignin molecules did not mix well with other materials, making them difficult to commercially use.

A research team, led by Professor Dong Woog Lee in the School of Energy and Chemical Engineering at UNIST, found that the force that determines the aggregation and spread of lignin molecules is a “hydrophobic interaction,” and suggested ways to control them. When you mix lignin with other substances to make them useful, you can use accurate quantitative indicators, not just experience.

Lignin is a macromolecule that accounts for 30-40% of wood and is a major component of plant cell walls. It is widely used in the production of biofuels or paper, with annual output of about 50 million tons, but mostly discarded or used as simple firewood. In recent years, the environmental and economic value of lignin has been paid attention to the proposal of biofuel, bioplastics, dispersants, adhesives and other materials. However, the share of the actual industry was only 2% in 2014.

“Lignin has an irregular molecular structure and strong cohesion, so it is difficult to commercialize because it does not mix with other substances,” says Yoojung Song (Master degree program in Energy and Chemical Engineering, UNIST), the first author of the study. “Thus, making lignin a high value product requires understanding and quantitative analysis between lignin molecules.” 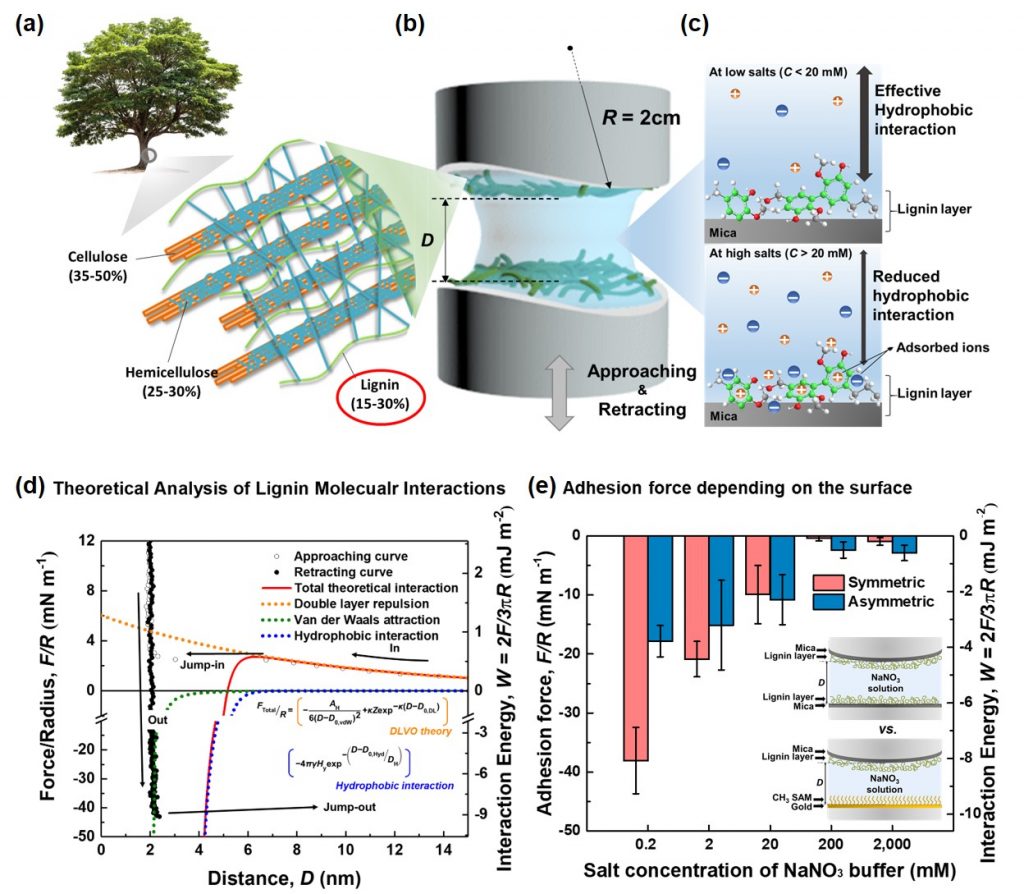 The research team measured the forces acting on lignin in aqueous solutions using a very close range force (SFA). As a result, lignin’s cohesion had the greatest influence on the ability to unite materials that dislike water, namely ‘hydrophobic interaction’. He also found that the addition of charged “salts” to aqueous solutions containing lignin can regulate cohesion of lignin. The salts stick to the surface of the lignin molecule and block the force of the lignin molecules from sticking together. This principle allows quantitative control of lignin cohesion through salt concentration. 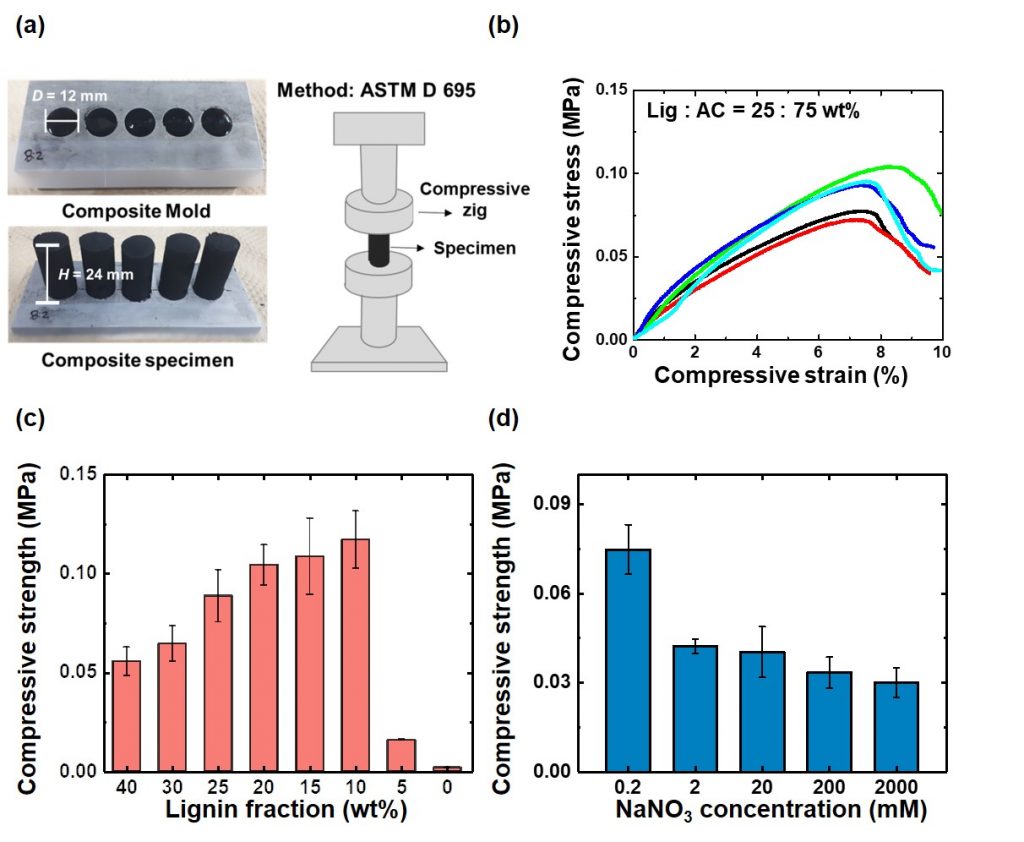 The team also succeeded in increasing the strength of “activated carbon.” Activated carbon absorbs and removes toxic substances contained in liquid phase in various petrochemical processes. At this time, activated carbon particles can be released due to the high flow rate, which is solved by ‘lignin-supplemented activated carbon composites’. Lignin and activated carbon both dislike water, binding strongly to each other in aqueous solutions and making the complex harder. In the process of making this composite, the team adjusted the salt concentration to achieve varying strengths and to quantify it.

“Through this study, we have analyzed the principle of molecular interaction of lignin, which was considered as industrial waste, and obtained an important database for commercial use of lignin,” says Professor Lee. “We anticipate that quantitative results will make it easier to use lignin as a high value-added material in various petrochemical industries and biomedical fields.”

The findings of this research have been published in ACS Sustainable Chemistry and Engineering on December 2, 2019. This study has been funded by the National Research Foundation (NRF) and Korea Hydro & Nuclear Power Co.,Ltd.