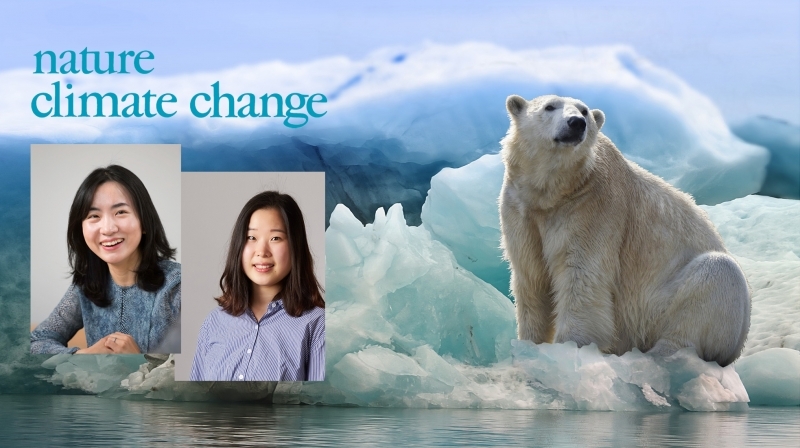 An international team of researchers, including Professor Sarah Kang (left) and DoYeon Kim (right) in the School of Urban and Environmental Engineering at UNIST, has unveiled that local greenhouse gas concentrations appear to be attributable to Arctic Amplification. l Photo Credit: Pixabay

Their findings have been published in Nature Climate Change on November 20, 2018.

The Artic experienced an extreme heat wave during the February 2018. The temperature at the North Pole has soared to the melting point of ice, which is about 30-35 degrees (17-19 Celsius) above normal. There have also been recent studies, indicating the mass of Arctic glaciers has declined significantly since the 1980’s by more than 70%. These sudden climate changes affected not just the Arctic regions, but also the water, food, and energy security nexus throughout the globe. This is why climate scientists from around the world are paying increasing attention to this accelerated warming pattern, commonly referred to as ‘Arctic Amplification’.

An international team of researchers, including Professor Sarah Kang and DoYeon Kim in the School of Urban and Environmental Engineering at UNIST, has unveiled that local greenhouse gas concentrations appear to be attributable to Arctic Amplification.

Published in the November 2018 issue of Nature Climate Change, their study on the cause of Arctic Amplification shows that local greenhouse gas concentrations, and Arctic climate feedbacks outweigh other processes. This study has been led by Assistant Project Leader Malte F. Stuecker from the IBS Center for Climate Physics (ICCP) in Busan, South Korea and participated by researchers around the globe, including United States, Austrailia, and China. 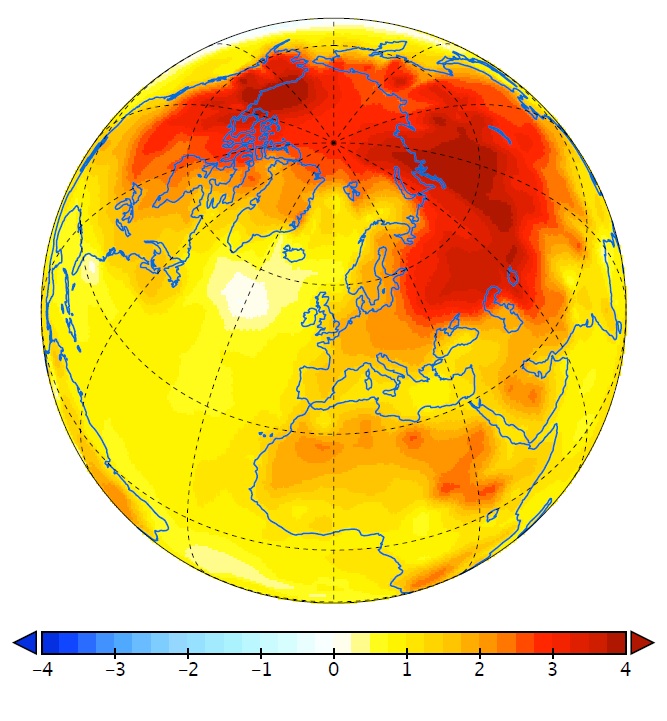 Amplification factor of observed surface temperatures relative to the global mean surface temperature from 1951 to 2017. The observations show a clear enhancement of warming In the Arctic region and across Siberia, Northern Canada and Alaska.

Using complex computer simulations, the scientists were able to disprove previously suggested hypotheses, that emphasized the role of transport of heat from the tropics to the poles as one of the key contributors to the amplified warming in the Arctic.

“Our study clearly shows that local carbon dioxide forcing and polar feedbacks are most effective in Arctic amplification compared to other processes”, says Assistant Project Leader Malte F. Stuecker, the corresponding author of the study.

Increasing anthropogenic carbon dioxide (CO2) concentrations trap heat in the atmosphere, which leads to surface warming. Regional processes can then further amplify or dampen this effect, thereby creating the typical pattern of global warming. In the Arctic region, surface warming reduces snow and sea-ice extent, which in turn decreases the reflectivity of the surface. As a result, more sunlight can reach the top of layers of the soil and ocean, leading to accelerated warming. Furthermore, changes in Arctic clouds and of the vertical atmospheric temperature profile can enhance warming in the polar regions.

In addition to these factors, heat can be transported into the Arctic by winds. “We see this process for instance during El Niño events. Tropical warming, caused either by El Niño or anthropogenic greenhouse emissions, can cause global shifts in atmospheric weather patterns, which may lead to changes in surface temperatures in remote regions, such as the Arctic”, said Kyle Armour, co-author of the study and professor of Atmospheric Sciences and Oceanography at the University of Washington.

Moreover, global warming outside the Arctic region will also lead to an increase in Atlantic Ocean temperatures. Ocean currents, such as the Gulf Stream and the North Atlantic drift can then transport the warmer waters to the Arctic ocean, where they could melt sea ice and experience further amplification due to local processes.

To determine whether tropical warming, atmospheric wind and ocean current changes contribute to future Arctic Amplification, the team designed a series of computer model simulations. “By comparing simulations with only Arctic CO2 changes with simulations that apply CO2 globally, we find similar Arctic warming patterns. These findings demonstrate that remote physical processes from outside the polar regions do not play a major role, in contrast to previous suggestions”, says co-author Cecilia Bitz, professor of Atmospheric Sciences at the University of Washington.

In the tropics – fueled by high temperature and moisture – air can easily move up to high altitudes, meaning the atmosphere is unstable. In contrast, the Arctic atmosphere is much more stable with respect to vertical air movement. This condition enhances the CO2-induced warming in the Arctic near the surface. In the tropics – due to the unstable atmosphere – CO2 mostly warms the upper atmosphere and energy is easily lost to space. This is opposite to what happens in the Arctic: Less outgoing infrared radiation escapes the atmosphere, which further amplifies the surface-trapped warming.

“Our computer simulations show that these changes in the vertical atmospheric temperature profile in the Arctic region outweigh other regional feedback factors, such as the often-cited ice-albedo feedback” says Malte Stuecker.

The findings of this study highlights the importance of Arctic processes in controlling the pace at which sea-ice will retreat in the Arctic Ocean. The results are also important to understand how sensitive polar ecosystems, Arctic permafrost and the Greenland ice-sheet will respond to Global Warming.