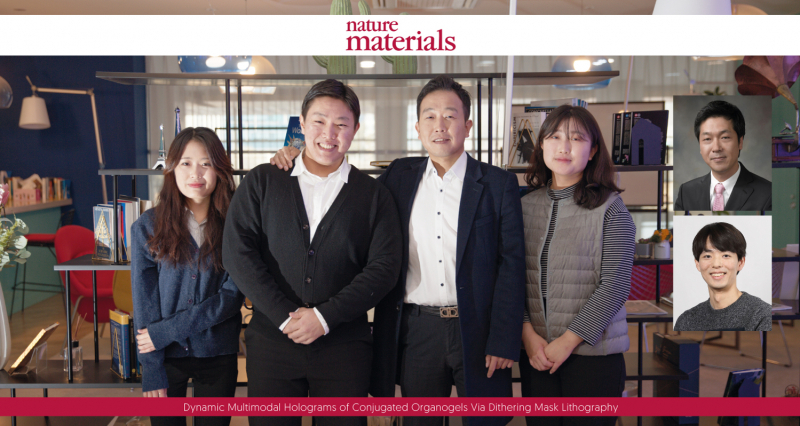 The findings of this research have been published in Nature Materials on January 4, 2021.

A recent study, affiliated with UNIST has unveiled a new method of anti-counterfeiting that is virtually impossible to replicate. Published in the January 2021 issue of Nature Materials, this breakthrough has been led by Professor Jiseok Lee and his research team in the School of Energy and Chemical Engineering at UNIST. According to the research team, their study presents a next-generation hologram manufacturing method for multilevel encryption technologies.

The conjugated polymer particles, developed by the research team, have characteristics, like structural colors, meaning that the color changes with the viewing angle and orientation. When immersed in the water, the PDA organogels shrank anisotropically. This results in the disappearance of structural colors and the appearance of unusual 3D full parallax holographic signals that are unique to the shape of individual dithering masks. The research team also conducted multiscale simulations to mechanistically describe the emergence of these unique light signals.

“Unlike typical optical systems displaying a single-mode hologram, our system realizes multimodal holograms in a cost-effective and scalable manner,” according to the research team. “Such a robust system will find ample applications in multilevel anti-counterfeiting and encryption technologies.” 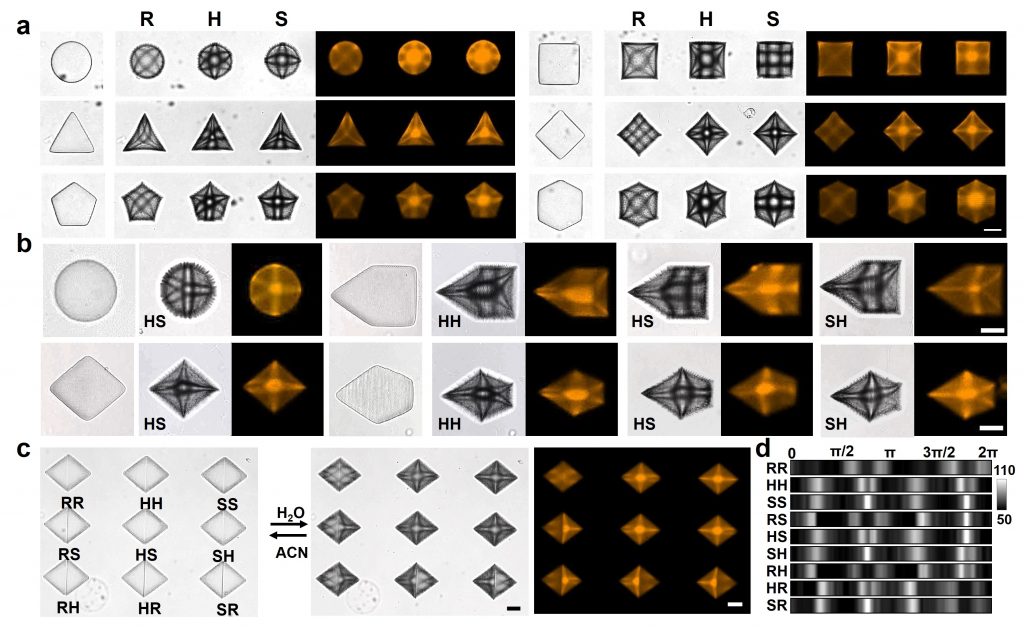 Figure 2. Bright-field and fluorescence microscopy images of different shapes of PDA organogels patterned using one type of dithering mask, either rhombus (R), square (S), or hexagon (H) (a) A binary mask composed of any two out of the three masks (b). Holographic signals are unique to the shape of the dithering pattern, forming a wide palette of possible signals. (c,d) Encryption of multiple patterns in diamond-shaped PDA microstructures using binary dithering mask lithography (c) and decryption of the nine distinctive fluorescence patterns in c via oval profile (d).

“Contrary to previous methods using expensive techniques such as electron-beam lithography to create holograms, our method is accessible and reproducible due to simple material synthesis, low device costs and visibility using a portable imaging device,” noted the research team.

Using the method, organogel microstructures with an almost unlimited number of high-resolution structural color codes can be produced with high throughput. This demonstrates that their method has brought considerable progress in encryption and anti-counterfeiting technologies. According to the research team, “For potential applications in biomedical engineering, our multimodal holograms can be displayed in the near-infrared band that deeply penetrates biological tissues by adjusting the periodicity of the rods or including near-infrared-active fluorophores such as a porphyrin-based one that changes its spectral characteristics in response to mechanical inputs.”

“On par with recent advances in active metamaterials, we believe that our method and system can open new avenues in the development of thin structures to actively manipulate light and will form the basis of self-signalling four-dimensional printing materials,” noted the research team.

Meanwhile, Professor Lee and his research team, comprised of pregraduates and graduate researchers, created their own company about anti-forgery technology and development, known as AMHOLO Co. Ltd. Since then, they have been actively working on technology innovation and its commercialization.

The findings of this research have been published in the January 2021 issue of Nature Materials. This study has been supported by several other organizations, including the National Research Foundation of Korea (NRF), funded by the Ministry of Science and ICT (MSIT).