Professor Hyesung Park (Top-right corner) and his research team in the Deparment of Materials Science and Engineering at UNIST.

Their findings have been published in ACS Nano on February 23, 2021.

A research team, led by Professor Hyesung Park in the Deparment of Materials Science and Engineering at UNIST has announced that they have successfully synthesized high-quality large-area monolayer molybdenum diselenide (MoSe2) with good uniformity via promoter-assisted liquid-phase CVD process using the transition metal-containing precursor homogeneously modified with an alkali metal halide.

Carried out in collaboration with Professor Joohoon Kang and his research team from Sungkyunkwan University (SKKU), their findings are expected to help accelerate the commercialization of next-generation semiconductor materials. 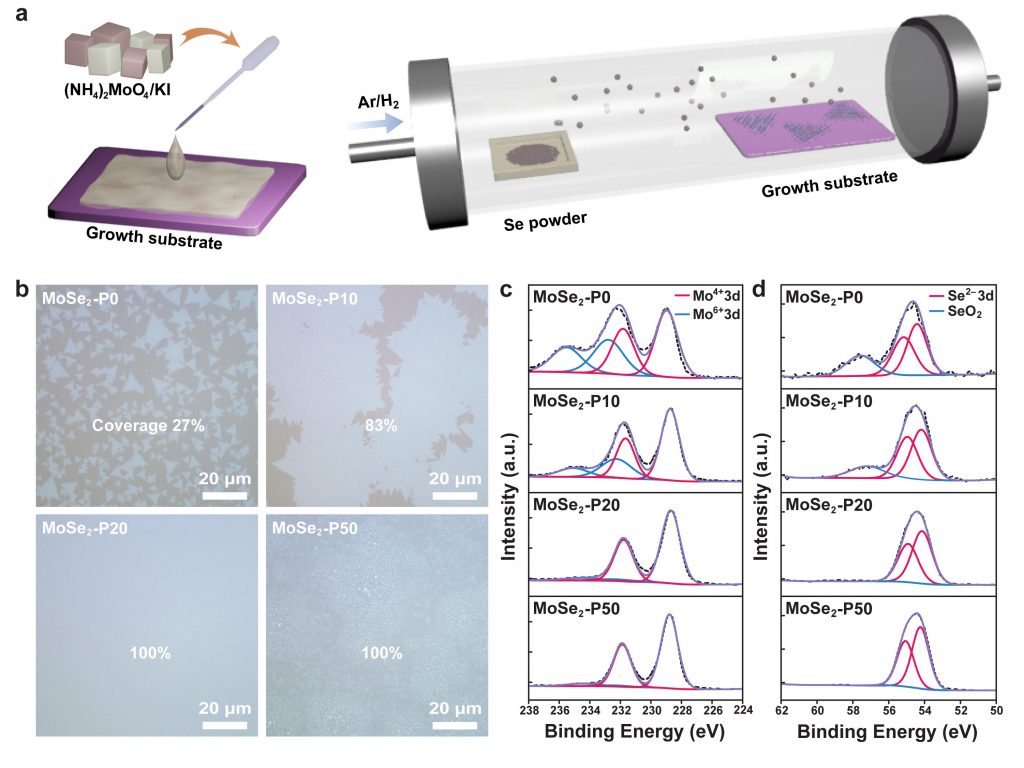 In this study, the research team proposed a promoter-assisted liquid-phase CVD process that employs a homogeneous mixture of liquid-phase transition metal precursors and alkali metal halide for the synthesis of uniform large-area monolayer TMD films with high crystallinity.

According to the research team, the formation of a reactive transition metal oxyhalide and reduction of the energy barrier of chalcogenization by the alkali metal promoted the growth rate of the TMDs along the in-plane direction, enabling the full coverage of the monolayer MoSe2 film with negligible few-layer regions. Besides, their findings also showed that the fully selenized monolayer MoSe2 with high crystallinity exhibited superior electrical transport characteristics compared with those reported in previous works using liquid-phase precursors. 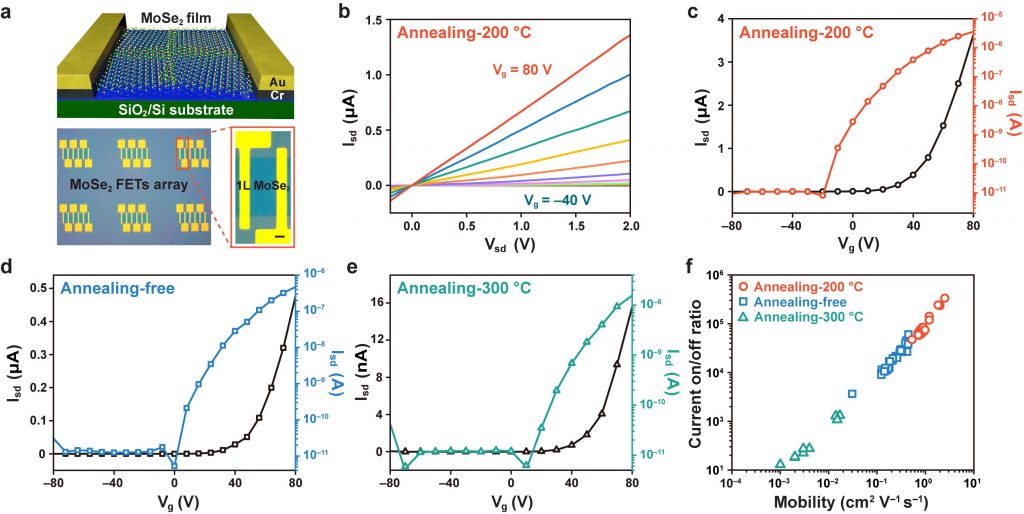 The findings of this research have been published in the February 2021 issue of ACS Nano. It has been supported by the National Research Foundation of Korea (NRF) through the mid-career reesearcher program.