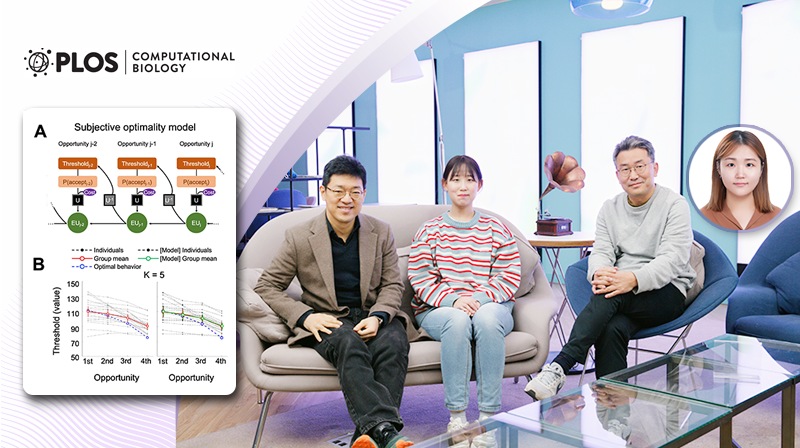 Their findings have been published in the December 2021 issue of PLoS Comput. Biol.

There are many decision problems in life that are sequential and constrained by a certain time window. Although mathematically derived optimal solutions exist, it has been reported that humans often deviate from making optimal choices, according to a research team, affiliated with UNIST.

A research team, jointly led by Professor Oh-Sang Kwon and Professor Dongil Chung in the Department of Biomedical Engineering at UNIST used a secretary problem, a classic example of finite sequential decision-making, and investigated the mechanisms underlying individuals’ suboptimal choices.

Across three independent experiments, the research team found that a dynamic programming model comprising subjective value function explains individuals’ deviations from optimality and predicts the choice behaviors under fewer and more opportunities. They further identified that pupil dilation reflected the levels of decision difficulty and subsequent choices to accept or reject the stimulus at each opportunity. The value sensitivity, a model-based estimate that characterizes each individual’s subjective valuation, correlated with the extent to which individuals’ physiological responses tracked stimuli information.