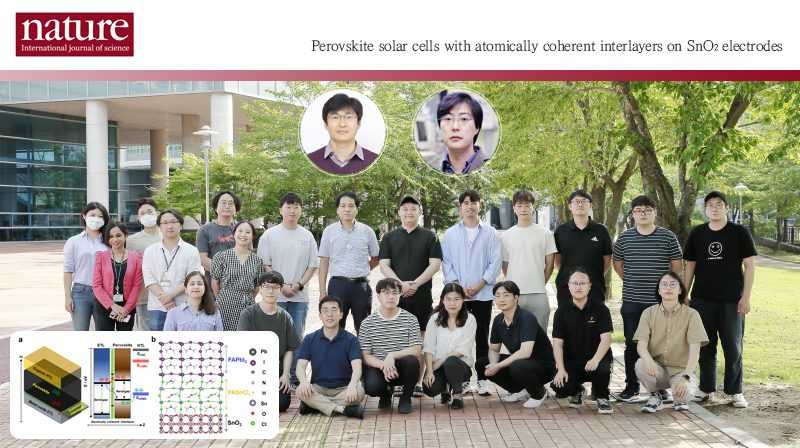 Their findings have been published in the October issue of Nature.

A research team, led by Professor Sang Il Seok in the School of Energy and Chemical Engineering at UNIST has set a new efficiency record for a perovskite solar cell (PSC) at 25.8% by forming an interlayer between electron-transporting and perovskite layers to minimize interfacial defects, contributing to the decrease in the power conversion efficiencies. The new record, according to the research team, is the world’s highest power conversion efficiency (PCE) reported so far. Besides, the record, certified by National Renewable Energy Laboratory (NREL), is also the highest confirmed conversion efficiency of 25.5%.

“Alternatively, interfacial defects may not be a concern if a coherent interface could be formed between the electron-transporting and perovskite layers,” said the research team. 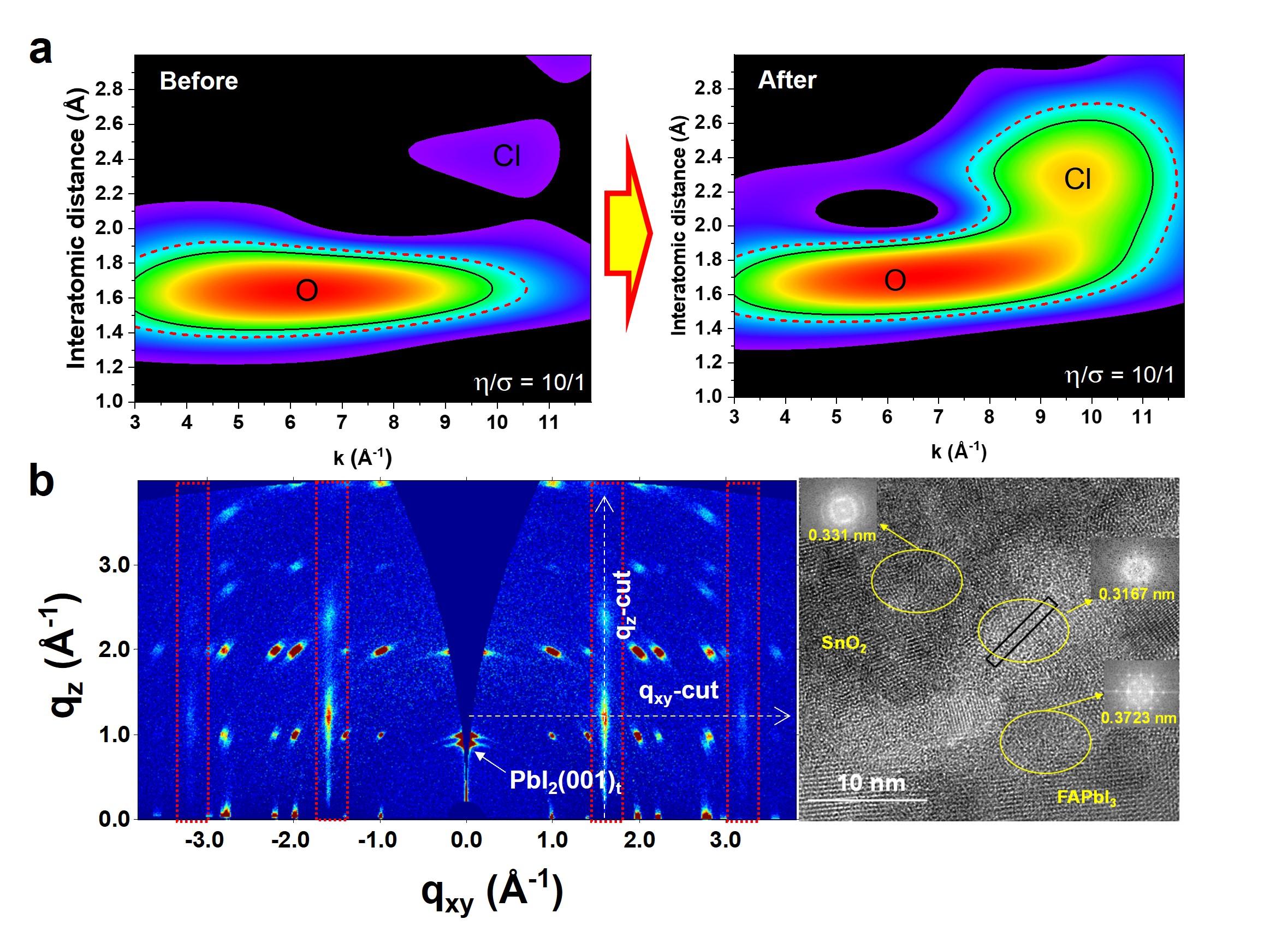 In this study, the research team reported the formation of an interlayer between a SnO2 electron-transporting layer and a halide perovskite light-absorbing layer, achieved by coupling Cl-bonded SnO2 with a Cl-containing perovskite precursor.

This interlayer, according to the research team, has atomically coherent features, which enhance charge extraction and transport from the perovskite layer, and fewer interfacial defects. “The existence of such a coherent interlayer allowed us to fabricate perovskite solar cells with a power conversion efficiency of 25.8% under standard illumination,” the team said, adding that unencapsulated devices maintained about 90% of their initial efficiency even after continuous light exposure for 500 hours. They anticipate that such findings provide guidelines for designing defect-minimizing interfaces between metal halide perovskites and electron-transporting layers.

The findings of this research have been published in the October 2021 issue of Nature. This study has also been participated by Professor Tae Joo Shin (Graduate School of Semiconductors Materials and Devices Engineering/UCRF), Dr. Min Gyu Kim (Beamline Research Division, Pohang Accelerator Laboratory, POSTECH), and Hanul Min (Department of Energy and Chemical Engineering, UNIST), and Do Yoon Lee (Department of Energy and Chemical Engineering, UNIST). It has been supported by the National Research Foundation of Korea and the Agency for Defense Development (ADD).