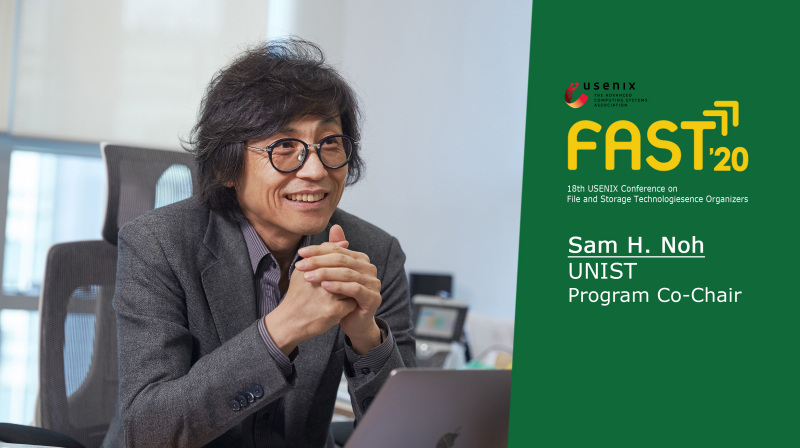 Professor Noh will be in charge of the 18th USENIX Conference on File and Storage Technologies (FAST '20).

“It is my honor to be the first Korean to serve as the co-chair for this top-tier academic conference on system software and hope that this will provide a big leap in data storage technology for S. Korea.”

Sam H. Noh, UNIST Professor of Computer Science and Engineering, has been elected to serve as one of two co-chairs for the USENIX ’18th USENIX Conference on File and Storage Technologies’ (FAST ’20). This can be viewed as a positive sign that South Korean data storage technologies, including flash memory have reached world class status academically.

USENIX, founded in 1975, is the Advanced Computing Systems Association. It has brought together the community of engineers, system administrators, scientists, and technicians working on the cutting edge of the computing world. The USENIX conferences have become the essential meeting grounds for the presentation and discussion of the most advanced information on the developments of all aspects of computing systems. As such, the chairs and co-chairs who are ultimately responsible for the conference play a very important role in ensuring the success of the conference. Yet, there had been no such cases where a Korean national to serve as a program co-chair for the USENIX conferences, until now.

Program co-chairs for the 18th USENIX Conference on File and Storage Technologies (FAST ’20).

“System software, which includes Windows and Linux computer operating systems are unnoticeable, yet they are considered as the essential technology in the world of computing, just like the air we breath,” says Professor Noh. “Because this is the field that requires tremendous amount of knowledge and experience, the frontrunners in system software have long been leaders in this field.”

However, among many other types of system software, the data storage industry in Korea has recently made a remarkable development. Indeed, Samsung Electronics and other companies have been leading the world with their SSD (Solid-State Drive) technology, based on flash memory. Thus, the breakthrough works by Professor Noh, an expert in nonvolatile memory technologies have received greater attention lately. Since August 2016, Professor Noh has been serving as Editor-in-Chief of the journal ACM Transactions on Storage (ACM ToS), and he was also honored as ACM Distinguished Member in 2017. 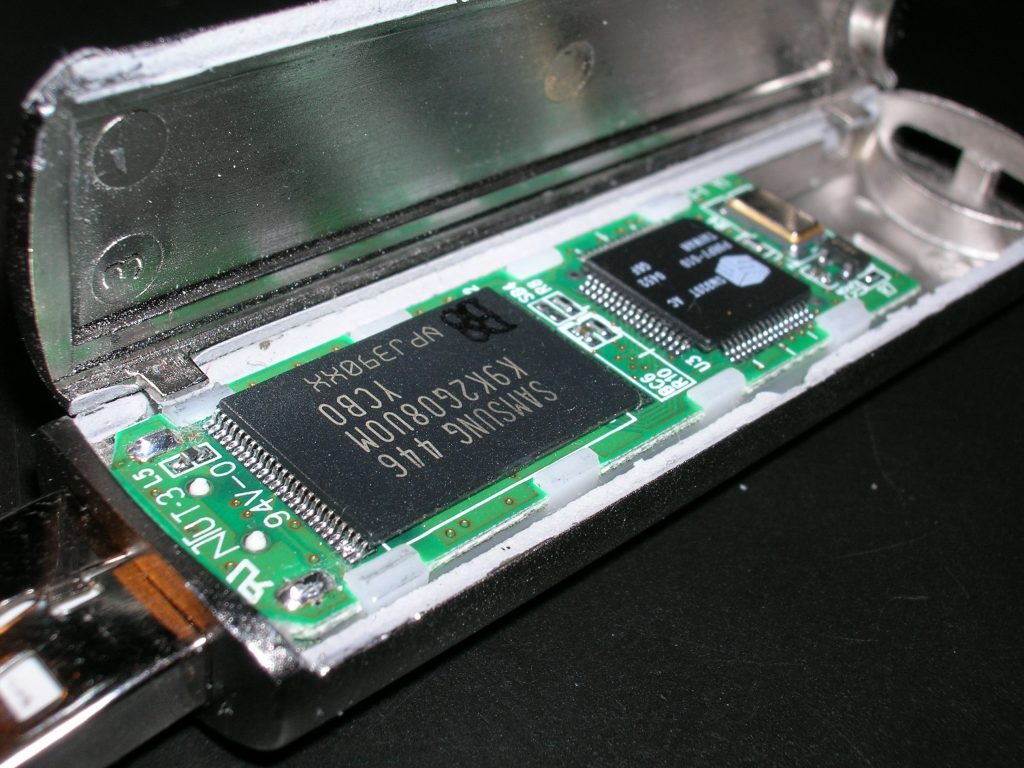 Shown above is a disassembled USB flash drive. The chip on the left is flash memory. The controller is on the right. l Image Credit: Wikipedia

Prof. Noh states, “I feel deeply honored and privileged to be in charge of the 18th USENIX Conference on File and Storage Technologies.” He adds, “This appointment is especially meaningful for me, as it is quite rare to see someone from a Korean institute to be appointed as the program co-chair for FAST ’20”.

Meanwhile, the FAST ’20 will be held in the US from February 24 to February 27, 2020. Professor Noh will work with Google software engineer Brent Welch to manage the entire event.

Professor Sam H. Noh received the B.S. degree in computer engineering from Seoul National University and the Ph.D. degree in computer science from University of Maryland. He joined the School of Electrical and Computer Engineering at UNIST in 2015. Prior to joining UNIST, Professor Noh worked at George Washington University and Hongik University for the last 22 years. He currently serves as the Dean of Electrical and Computer Engineering at UNIST. His research interests include operating system issues pertaining to embedded/computer systems with a focus on the use of new memory technologies, such as flash memory and persistent memory.