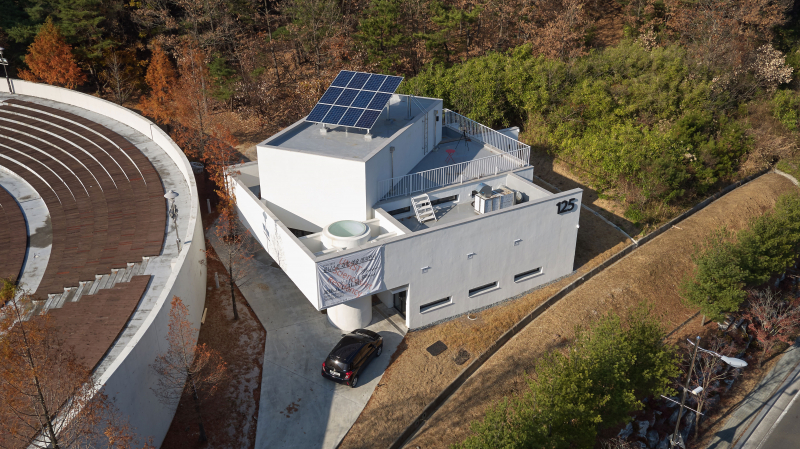 The picture shown above is Science Cabin building (125), located on UNIST campus.

This 'Science Cabin VR Experience' is a new type of game that can be available with only 30 fSM ggool per hour.

Another residency project, dedicated to blending art and science, is now available in the form of virtual reality (VR).

Amidst the spread of non-face-to-face culture due to COVID-19, Science Walden Center has prepared a new virtual experience program for those interested in visiting Science Cabin building (125), located on UNIST campus. The so-called ‘Science Cabin VR Experience’ project is a new type of game that allows you to have fun experiencing fSM (Feces Standard Money), the convergence of art and science, as well as Science Cabin.

For this VR game, you will need 30 ggools (alternative currency, meaning ‘honey’) per hour, and could play up to 4 hours consecutively.

Ggool is a measure word for Feces Standard Money (fSM), an important theme pursued by the Science Walden Center. Through this alternative currency system, one can convert human feces into biogas, use that energy as a fuel for heating, and even receive a cash refund for that energy produced. All of these are aimed at providing a basic income through the act of bowel movement. The center currently carries out various research projects, including smart toilets that process human feces using a minimal amount of water for the realization of fSM, as well as the systems for the production of bio energy.

Anyone can collect ggools by simply creating creating an account on fSM platform [https://fsm.network/], built by the Science Walden Center. After signing up, users will be automatically given 10 ggools each day. This ggool can be accumulated, but must be shared with the members through the platform and if not, they will disappear in the course of time. Ggools are non-materialized cash, thus are only distributed and circulated among the fSM platform users.

This VR experience project has been carried out, as part of the Science Walden Center’s interactive storytelling (IS) research. The project has been jointly participated by Producer Youngju Kim of Loopntale Studio, and Producers Hyeong-gon Lee and Jae-Yeon Kim of Creative Group Honey Pot.

In the darkness, the news about extreme climate change is broadcast across airwaves throughout the community.

“Due to abrupt climate change caused by global warming, abnormally high temperature continued over the past two months …

As temperatures rise, drastic changes are expected particularly in some regions … a series of wildfires occurred throughout the nation and a considerable increase in heat-related mortality, caused by unbearable heat sometimes reaching over 42.2 degrees Celsius …

The price of electricity has soared and the power supply has been cut off for weeks in metropolitan cities, including Seoul …” 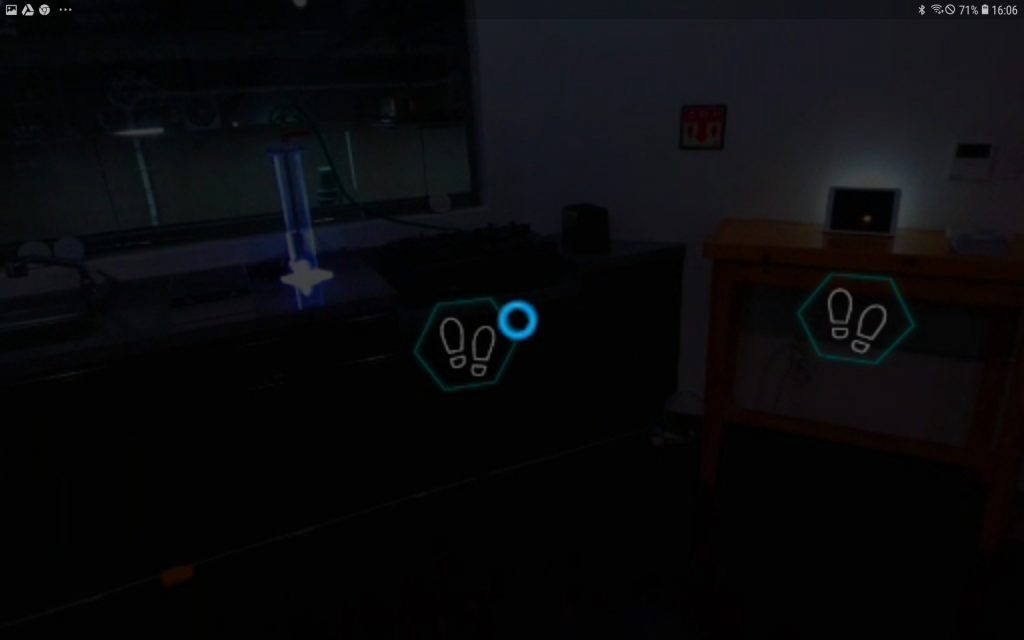 As the news fades out, the Science Cabin opens its doors to visitors and a text message appears in the form of holograms.

“Welcome to Science Cabin, where science is a vital park of our everyday lives.

Here, you can earn ggool everyday, and create your own energy and become self sufficient.

Create value by sharing the ggools and the energy produced with your friends and neighbors.

Once the holographic message disappears, the lights are up but they begin flickering and dimming, as if there is insufficient power.

Without a doubt, the room has been left vacant for some length of time … there are several items prepared by Science Walden researchers.

The following items are left on the one side of the wall: TV, a monitor, a laptop, a tablet, and a study notebook … On the other, there is the kitchen with a microwave oven, an electric kettle, and a hot plate.

Light comes out behind some of the items … Users can move towards the items by selecting them with the controller.

When you click the item, light shines behind the user and takes him to another place.