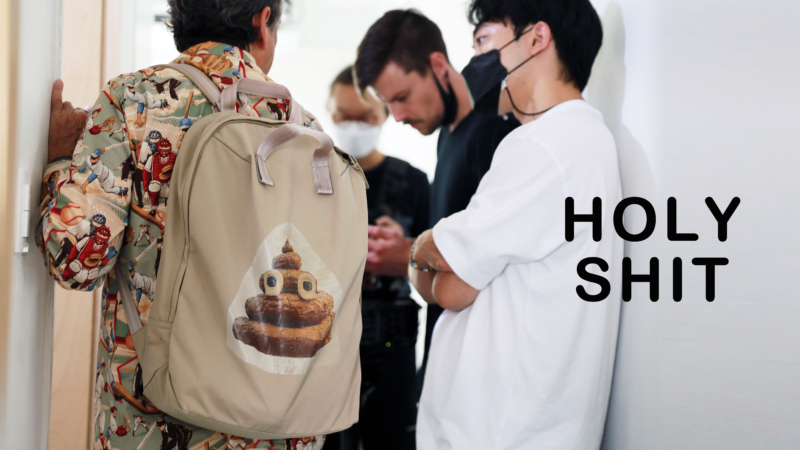 Director Rubén Abruña visited the Science Cabin at UNIST to collect materials for a planned film about 'Can poop save the world?'.

His film, 'Holy Shit' will be submitted to the Berlin International Film Festival, which is set to run from February 16-26, 2023.

An international documentary production team, covering a wide variety of issues throughout the world visited UNIST on June 10, 2022, while pondering the question of ‘Can poop save the world?‘. That was to cover the story about the ‘Science Walden‘ projects, and the ‘Feces Standard money (fSM),’ an important theme pursued by the Science Walden Center. Both have been studied by Professor Jaeweon Cho in the Department of Urban and Environmental Engineering at UNIST.

The title of the film being currently in production is ‘Holy Shit.‘ Various cases of turning human excreta into renewable resources will be collected and woven into the story.

Director Rubén Abruña, who wrote and produced the work, explained the film background, “We planned this visit to collect materials for a planned film about whether human excreta can save the world since 2019. However, the visit was postponed due to COVID-19.” He added, “This project is more noteworthy in that it aims to establish a circular economy process that derives value from waste from the process of converting human waste into biogas and cryptocurrency.”

The film production team plans to visit 13 countries on four continents, including Korea, Japan, Uganda, and Spain. The shooting and production of the film will be conducted mainly in Germany and Switzerland. The Science Cabin, a science + arts convergence research center located on UNIST campus will be also heavily covered. Professor Jaeweon Cho (far right) explains about the process of turning human waste into valuable resources at the Science Cabin.

The filming of Science Cabin on June 10 captured the process of transforming human waste into valuable resources, utilizing equipment located in the Science Cabin. During an interview, Professor Cho discussed details in digital currency, known as feces Standard money (fSM). The currency unit used here is ggool (Meaning ‘honey’). On-site coverage, such as the filming of cafes in Guyoung-Ri, where one can purchase freshly brewed coffee with their ggools, was also conducted.

“We plan on submitting this film to the Berlin International Film Festival, set to run from February 16-26, 2023,” said Director Rubén. “We are excited to capture the work of Professor Cho on our film and show it to world audiences.”

The documentary production team and Professor Jaeweon Cho took a commemorative photo in front of the Science Cabin.