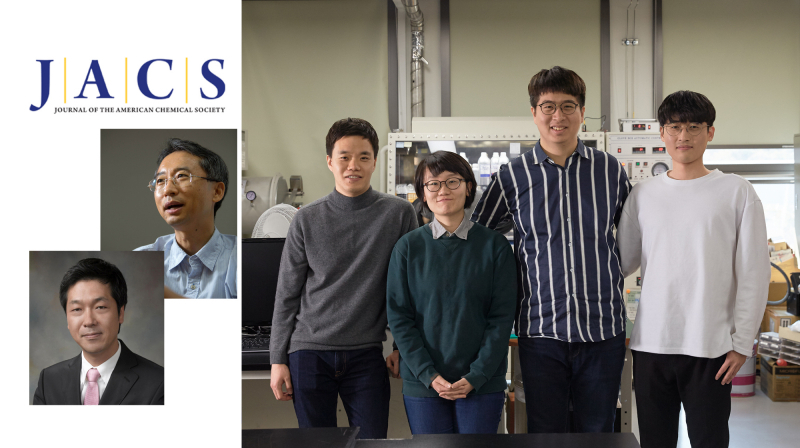 The findings of this research have been published in the March 2019 issue of JACS.

A solid-state battery is considered a safe battery that does not explode. It is a form of strengthening safety by using a solid electrolyte instead of a liquid electrolyte adhering to fire. As such, the performance of solid electrolytes is important, and new concept materials have recently been developed that will greatly enhance its performance.

This breakthrough has been jointly led by Professor Sang-Young Lee and Professor Sang Kyu Kwak in the School of Energy and Chemical Engineering at UNIST. In this study, the team demonstrated a new concept, namely ‘Solid ion conductor’ which selectively moves lithium ions through ion channels, like the stretches of highways. Because they are solid and capable of effectively transmitting only lithium ions, it is expected to be used as a source material of next generation battery, such as high-voltage battery or lithium metal battery. 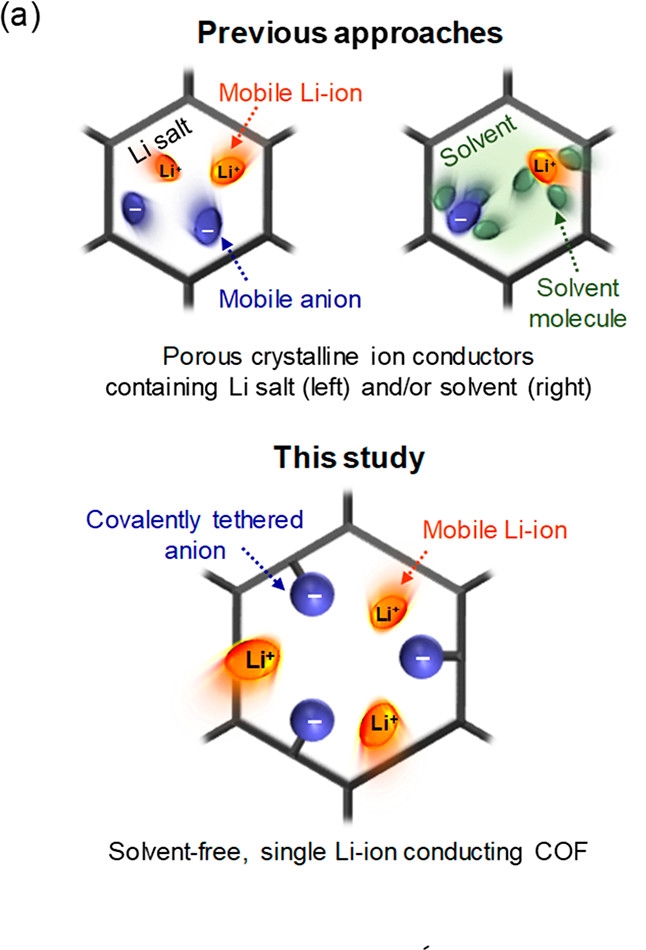 Shown above are the conceptual illustrations of ion transport phenomena in the porous crystalline ion conductors: previous approaches (top) and this study (bottom).

Professor Lee has made different efforts to solve this problem, utilizing porous crystalline materials, such as covalent organic frameworks (COFs), as ion conductors. Inside this material, there are regularly arranged passages, which are designed to go only with lithium ions, dramatically improving the ion conduction performance.

“The newly-developed ion conductor is a solid phase which does not use liquid at all,” says Dr. Kihun Jeong in the School of Energy and Chemical Engineering at UNIST, the first author of this study. “This also realizes solid-state single lithium-ion conduction behavior.”

Single lithium-ion conduction behavior refers to an ideal situation, in which only lithium ions are transmitted through an electrolyte. Since lithium ions are positive ions, it is common to move the negative ions together. Such unnecessary migration of the anion causes an undesired side reaction on the electrode surface, thereby lowering battery performance.

In this study, organic skeleton structures were synthesized using anionic monomers that are paired with lithium ions. Anions are fixed as part of the path through which lithium ions pass. As a result, an ideal flow was realized that moved to the passage of the lithium ion only structure. The researchers theoretically identified the use of computational chemistry in which lithium ions migrate along the oxygen atoms that are regularly lined up in the ion conductor passages. 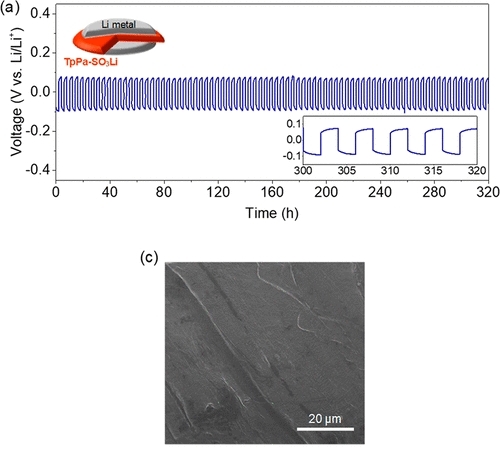 The symmetric cell showed stable and reliable Li plating/stripping behavior for over 320 h without an appreciable increase and an irreversible fluctuation of overpotential.

“This study presents a new direction for designing solid ion conductors, laying the foundation for the development of ‘high performance solid electrolytes’, which are essential for the commercialization of next generation batteries including all solid state batteries,” says Professor Lee. “In particular, lithium ions can be selectively and effectively delivered while completely eliminating the organic solvent that may cause an explosion.”

He adds, “The properties of these ionic conductors are not only suitable as an electrolyte for all solid-state cells, but they can also be applied to highly reactive lithium metal electrodes, which can be used for lithium metal batteries, which are attracting attention as high-energy batteries.”

This work has been supported by the Samsung Research Funding Center of Samsung Electronics, as well as the mid-level researcher support project through the National Research Foundation of Korea (NRF), funded by the Ministry of Science and ICT. The findings of this research have been first published online in the Journal of the American Chemical Society (JACS) on March 19, 2019.