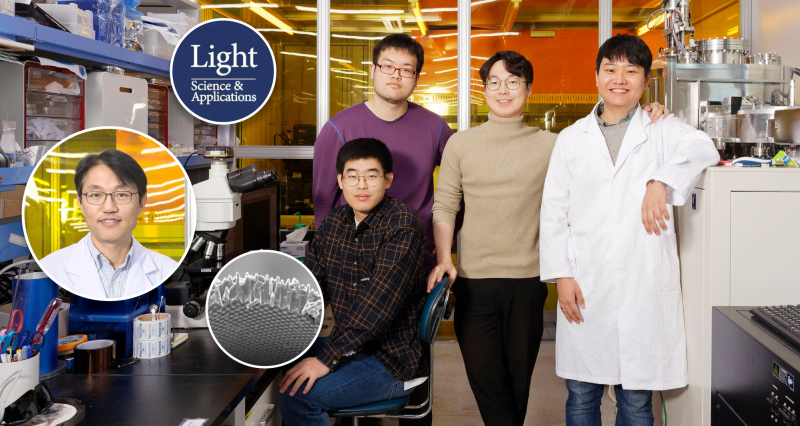 A research team, led by Professor Kyoung Jin Choi in the School of Materials Science and Engineering at UNIST has developed transparent solar cells with flexibility, using silicon microwire.

Their findings have been published in Light: Science & Applications on December 12, 2019.

As solar cells become more transparent, you may now add transparent panels of solar cells on windows of buildings and electronic devices to generate electricity. Furthermore, in adding flexibility to this, its product range will be even expanded to assure the future mobile applications for wearable devices.

A research team, led by Professor Kyoung Jin Choi in the School of Materials Science and Engineering at UNIST has introduced a flexible and transparent solar cell, using silicon microwire composites. The new solar cell takes a structure in which cylindrical silicon rods are embedded in a flexible and transparent polymer material. As the visible lights passes between polymer materials without silicon rods, it appears entirely transparent to the human eye. It is also designed to control the sunlight reflected from the silicon rods, thereby increasing efficiency.

When sunlight reaches Earth, the energy is absorbed, transmitted, or reflected. In the case of solar cells, they generate electricity when light is absorbed in their photoactive layers. Whereas, an object that appears to be transparent are when the visible light of solar radiation passes through it. Therefore, making silicon-based solar cells transparent will reduce the amount of solar radiation absorbed, which may actually result in decreasing their efficiency.

Figure 1. Freestanding SiMPF after peeling off from the Si parent (scale bar: 100 μm).

In the study, the research team has changed the shape of the SiMW tip dramatically for increased light absorption, while maintaining transparency. With the conventional solar cells, reflection occurs, as well as the absorption and transmission of light. Most of them are unable to take advantage of the reflected light, but the researchers created a structure to absorb it back into the solar cell. Based on the analysis of the light absorption mechanism in the silicon rods, the team designed the light reflected from the top of the bar to be absorbed by the bar next to it.

“This is a new attempt to apply the results of analyzing the theoretical light absorption mechanism to the development of high performance transparent solar cells,” says Sung Bum Kang (Combined MS/Phd program in the School of Materials Science and Engineering, UNIST), the first author of the study. “Thus, this recycling structure that reuses has increased the efficiency of the entire solar cell.”

“Existing transparent solar cells were manufactured on rigid glass substrates, so their application range was limited,” says Professor Choi. “The new solar cell is expected to maintain its initial efficiency of more than 95% even after dozens of bending tests, and be applied to a variety of buildings, vehicle glass, and portable electronic devices.”

The findings of this research have been published in Light: Science and Application, a peer-reviewed, open access scientific journal published by the Nature Publishing Group on December 12, 2019. This study has been supported by the Mid-career Research Program through the National Research Foundation (NRF).