Home All News Research The Exotic and The Common: A New Bridge Between Topological and Soft Matter 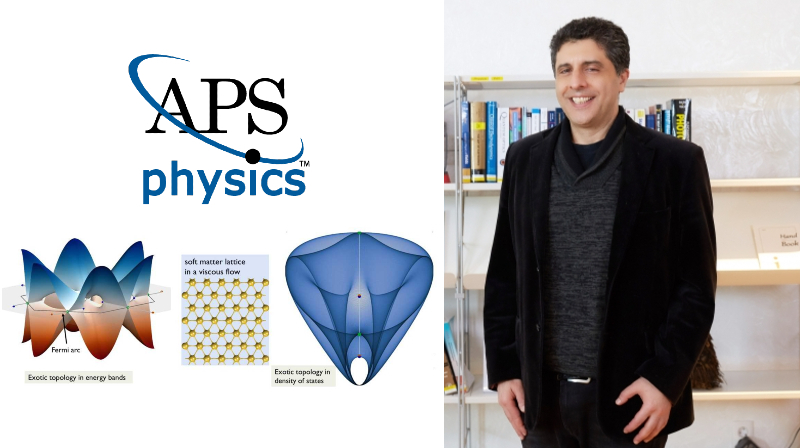 The Exotic and The Common: A New Bridge Between Topological and Soft Matter

The work by Distinguished Professor Tlusty has been published in the August 2021 issue of Phys. Rev. E.

Exotic topological features that were thought to exist only in sophisticated quantum matter systems emerge in ordinary soft matter at room temperature, demonstrating that the so-called exotic phenomena are much more widespread than previously realized.

The conservation of energy in closed systems is a fundamental tenet of physics, but in practice, most of the systems we know are open and dissipative, exchanging energy and information with the external world. In recent years, it was discovered that such open systems (mathematically called “non-Hermitian”) show unique geometric. In particular, their energy bands are skewed and kinked in “exotic” shapes, as was observed in cleverly engineered optical and electronic systems. But a natural question remained unanswered: Can we see such exotic topology in more common settings? After all, we are engulfed by a dissipative world, and living organisms are immanently open to exchange with the environment at all scales.

A recent work, carried out by the Theory Group from the Center for Soft and Living Matter (CSLM), within the Institute for Basic Science (IBS) at UNIST answers this question with a resounding yes. By linking topology and hydrodynamics, it demonstrates for the first time exotic topological hallmarks in standard soft matter: a simple elastic network subject to viscous flow (see Figure below).

Figure: The flow of a soft matter lattice (model) generates exotic topological features in the energy bands (Right), where one can see bulk Fermi arcs, and in the density of states (Left).

Strikingly, one can even observe the “bulk Fermi arc,” a particularly elusive exotic shape that so far has been observed only in one photonic crystal. Similar physical settings of elastic matter in viscous flow are widespread in soft and living matter, for example, in tissues and colloidal crystals. One may even construct such soft lattices at the nanoscale from DNA and protein.

“All this suggests that exotic topology is omnipresent in our immediate environment, perhaps even in our bodies,” said Distinguished Professor Tsvi Tlusty. “Just as in the fields of electronic or photonic topological materials, we may even start thinking about possible applications of topology-based technology in this ordinary regime.”

The findings of this research have been published in the August 2021 issue of Physical Review E, a peer-reviewed, scientific journal, published monthly by the American Physical Society.