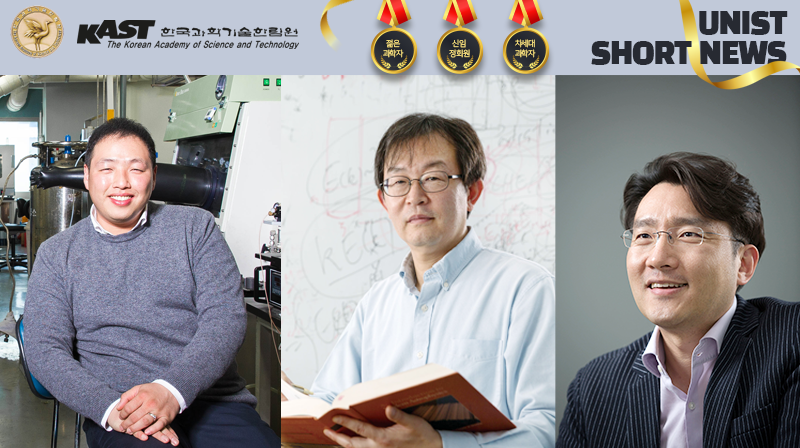 Professor Dongsu Ryu has been elected 2022 Fellows of the Korean Academy of Science and Technology (KAST).

《Editor’s Note: UNIST faculty members are doing splendid work in their respective field of studies. Recently, three faculty members have been recognized by the Korean Academy of Science and Technology (KAST). Professor Dongsu Ryu (Dept. of Physics) has been elected as 2022 Fellow of KAST. Professor Jae Sung Son (Dept. of Mater. Eng.) has been named the newest members of Y-KAST. Professor Sang Hoon Joo (Dept. of Chemistry) has also been honored with S-Oil Next-Generation Scientist Award!》

Professor Dongsu Ryu from the Department of Physics at UNIST has been elected 2022 Fellows of the Korean Academy of Science and Technology (KAST).

On November 23, KAST announced 27 new members for the year 2022. This includes eight scientists from the field of natural sciences, ten from engineering, five from medical sciences, another four from policy research, and three from agriculture and fishery.

Election to the KAST is among the highest professional distinctions accorded to a Korean scientist. KAST fellows are elected in recognition of their distinguished and continuing achievements in science and technology for more than 20 years. A rigorous three-stage assessment is used to determine the membership in consideration of excellence and originality in research, academic reputation, and contribution to the advancement of science and technology.

Professor Jae Sung Son from the Department of Materials Engineering at UNIST has been named the newest members of Young Korean Academy of Science and Technology (Y-KAST).

The Young Korean Academy of Science and Technology (Y-KAST) recognizes promising Korean scientists who are aged 43 or less and provide support for them. As part of an effort to do so, it not only helps its members to engage in a variety of exchange activities with other young members of overseas academic institutes, but provides an opportunity to exchange multidisciplinary research results among scholars at home and abroad. This year, they have appointed 33 young scientists who are expected to play a leading role in the next-generation research.

Professor Joo is a promising researcher in the field of high-performance electrochemical catalysts. He has developed non-precious metal catalysts for energy conversion, which may replace rare and expensive materials, such as platinum(Pt). Besides, he has carried out further research on the identification of catalytic active sites for the previously introduced non-precious metal catalysts. His findings have been regarded as a major breakthrough that contributes to the further commercialization of hydrogen fuel cells. Recently, Professor Joo has turned his attention to the energy sector by introducing high-performance environmentally friendly catalysts for hydrogen production.