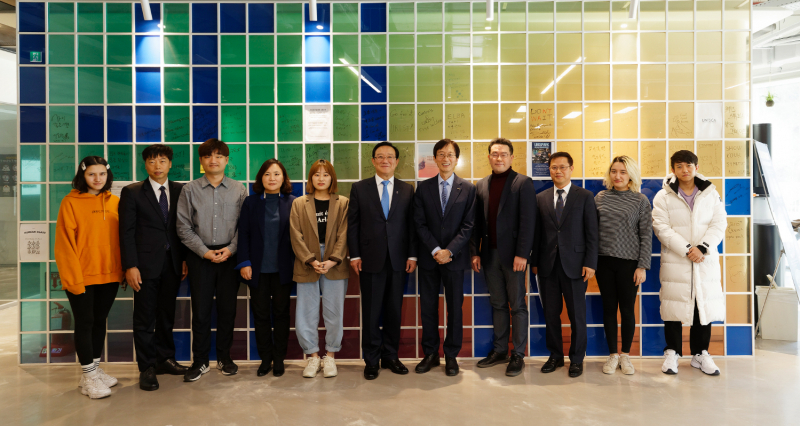 On January 4, Cheol-ho Song, the Mayor of Ulsan, visited the startup facilities of UNIST, and thus offered words of encouragement to young entrepreneurs who lead the way to the future.

During his visit, Mayor Song also took a tour of UNISPARK, the on-campus innovation hub for student entrepreneurs, which included on-site visits to startups founded by UNIST students. Following a brief introduction to the current status of UNIST-based startups, the Startup Support Team introduced Class 101, a representative student startup company of UNIST.

This was followed by signing his signature on Hope Wall, a board that allows students to share their business ideas and information. He, then, moved to Engineering Building 110 and visited UNIST-based faculty startups, including Clinomics Inc., RecensMedical Inc., as well as Helixco Inc. 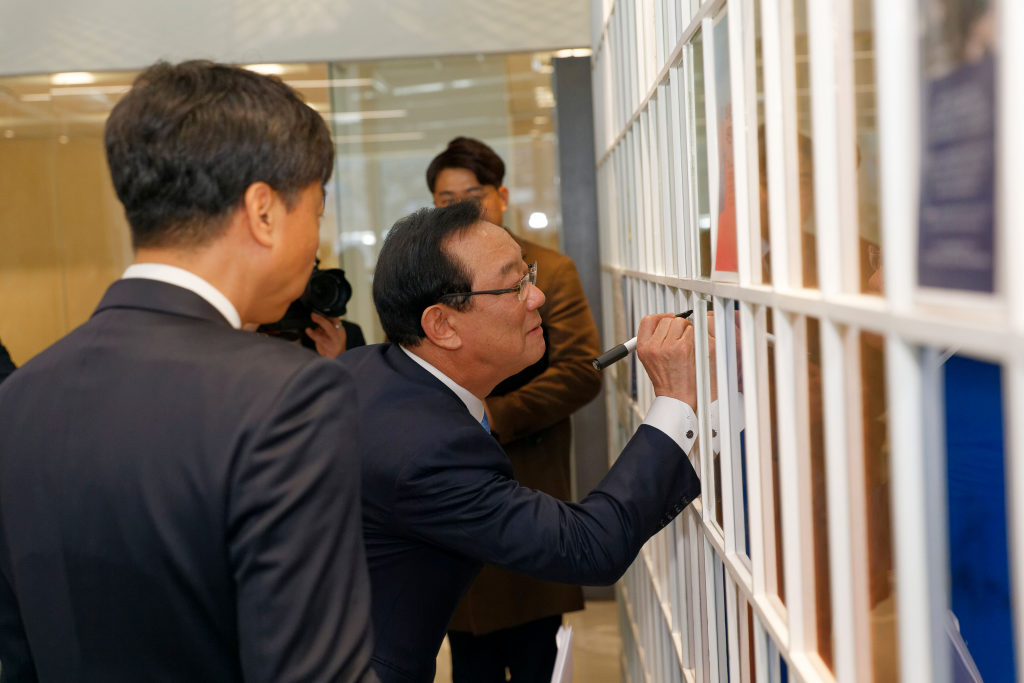 “Through the commercialization of UNIST’s excellent source technologies, we hope to discover and foster more startups, thereby helping Ulsan become an international startup hub,” said Mayor Song during a meeting with President Yong Hoon Lee of UNIST. “And Ulsan city is ready to provide necessary support through the process.”

The city of Ulsan has been carrying out various startup support programs that could help scale their businesses, and thus admirable results have been achieved since the second half of last year. Besides, Ulsan city has been providing active support to local startups in cooperation with the five other startup support organizations, including UNIST and Creative Economy Innovation Center.

The city has invested KRW 16.5 billion annually in support of various business project devleoped by 551 teams. As a result, 92% startup rate, 538 job creation, and 502 patents had been achieved. Based on this, Mayor Song has expressed his willingness to boost the vitality of Ulsan’s flagship industries through the activation of “Ulsan-based Startups” and his visit to UNIST was also part of the city’s effort to support local startups. 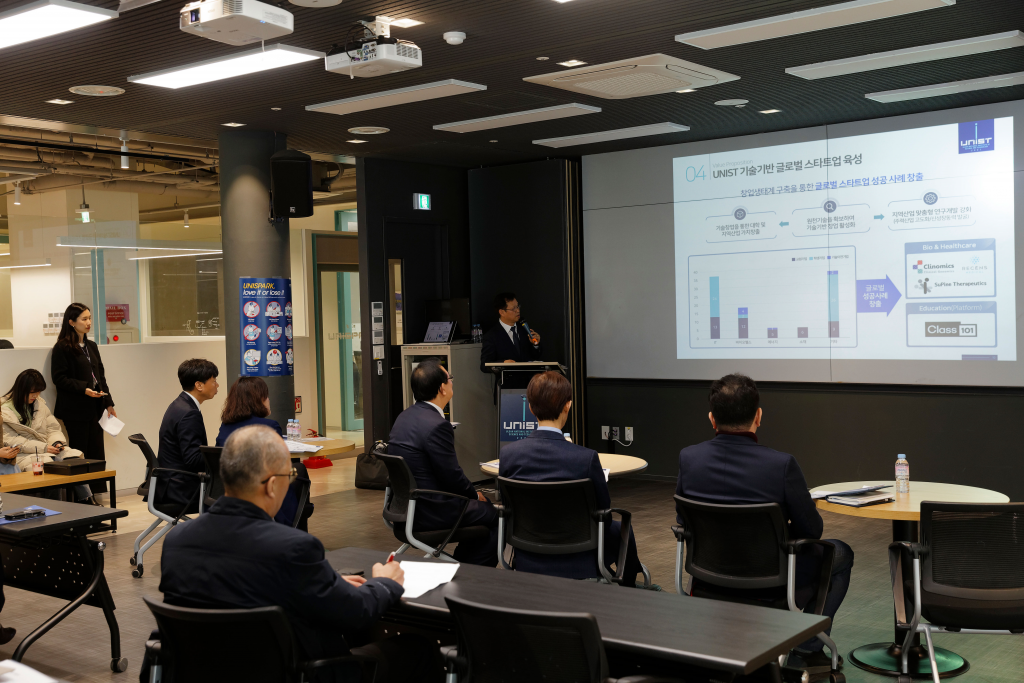 To date, UNIST has produced a total of 99 startup companies, including 45 faculty startups, 1 researcher startup, and 53 student-led startups, and thus has been making remarkable achievements with reported cumulative investment of 65.1 billion KRW. Besides, as of February, the total value of these startup companies currently amounts to 300 billion KRW.

Located in the Student Dormitory, UNISPARK is an on-campus innovation space for student entrepreneurs. Once a mere cafeteria, this 790-square-foot co-working space supports for early-stage startups through hands-on training programs, workshops and mentoring, as well as prototyping and filming. Currently, 10 startup teams are residing in this space to pursue their dreams.