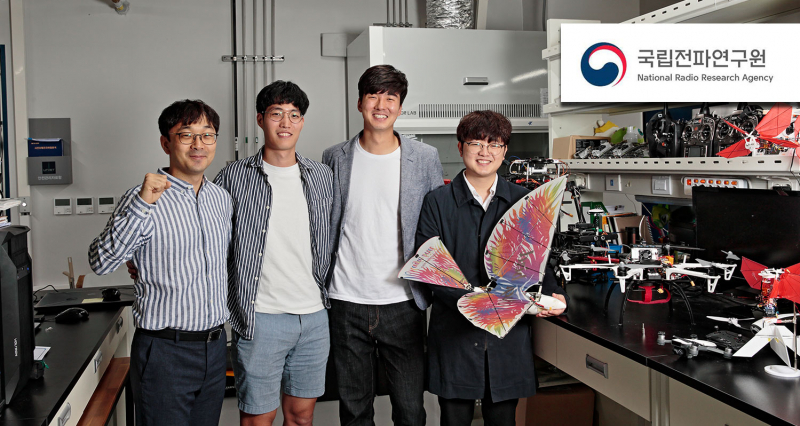 From left are Professor Hyondong Oh, MinJae Jung, MinWoo Kim, and SeungHo Back in the School of Mechanical Aerospace & Nuclear Engineering at UNIST.

MinJae Jung, SeungHo Back, and MinWoo Kim won the Grand Prize at the 2019 AI Competition for Space Weather Disaster Prediction.

A research lab, led by Professor Hyondong Oh in the School of Mechanical Aerospace & Nuclear Engineering at UNIST, has announced that three of its graduate students have been honored with the Grand Prize at the 2019 AI Competition for Space Weather Disaster Prediction. Award recipients include MinJae Jung, SeungHo Back, and MinWoo Kim from the Autonomous Systems Lab at UNIST.

Organized by the National Radio Research Agency within the Ministry of Science and ICT (MSIT), this is the first edition of the competition. The purpose was to create new artificial intelligence models for forecasting space weather disasters, caused by solar activity.

The more active the sun becomes, the more occurrences of phenomena, such as solar flares and coronal mass ejections occur on the surface. Thus, the amount of high-energy particles and extreme shortwave radiation released, such as X-rays and UV, also increases. Such phenomena can disturb Earth’s magnetic field, which directly influence the ionosphere of the Earth’s atmosphere. This can also affect satellites and communications on Earth.

Various countries, including the United States, are making efforts to prevent damage caused by space disasters and South Korea is no exception. In 2011, South Korea has established the Korean Space Weather Center within the National Radio Research Agency to provide timely, accurate, and reliable space environment observations. However, the issue is that the current forecast method results in insufficient forecast accuracy. Researchers at the Korean Space Weather Center are stepping up their efforts in improving the forecast environment through the introduction of AI.

The competition has been carried out through the process of developing an AI-powered prediction model and evaluating the prediction results, using the solar wind data and the geomagnetic disturbance index, recorded over the last 15 years.

In this year, the judging panel selected 6 outstanding teams from 105 nationwide applicants, of which, UNIST earned the top award. The award ceremony will be held at the 2019 Space Weather Environment Workshop in the coming November.