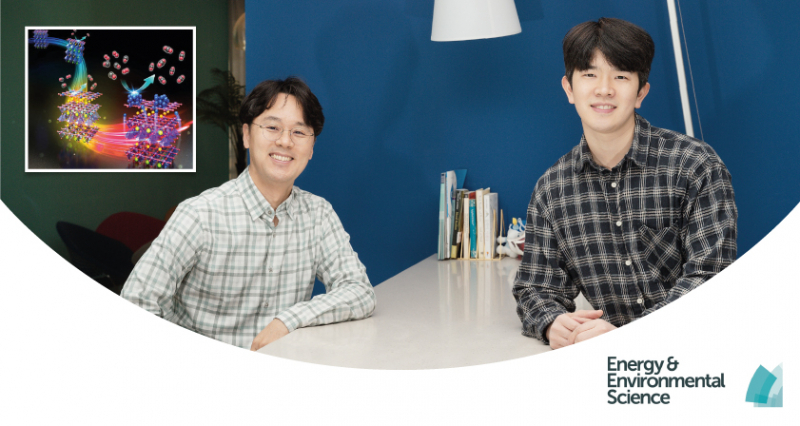 A joint research team of Professor Jeong Woo Han and Ph.D. candidate Kyeounghak Kim from the Department of Chemical Engineering at POSTECH, and Professor Guntae Kim from UNIST unveiled the phase transition and metal ex-solution phenomena to increase the catalytic activity.

Their findings have been published in the March 2021 issue of Energy & Environmental Science.

Fuel cells, which are attracting attention as an eco-friendly energy source, obtain electricity and heat simultaneously through the reverse reaction of water electrolysis. Therefore, the catalyst that enhances the reaction efficiency is directly connected to the performance of the fuel cell. To this, a POSTECH-UNIST joint research team has taken a step closer to developing high-performance catalysts by uncovering the ex-solution and phase transition phenomena at the atomic level for the first time.

A joint research team of Professor Jeong Woo Han and Ph.D. candidate Kyeounghak Kim from the Department of Chemical Engineering at POSTECH, and Professor Guntae Kim from UNIST have uncovered the mechanism by which PBMO – a catalyst used in fuel cells – is transformed from perovskite structure to layered structure with nanoparticles ex-solution* to the surface, confirming its potential as an electrode and a chemical catalyst. These research findings were recently published as an outside back cover paper of the Energy & Environmental Science, an international journal in the field of energy.
*Ex-solution: An elution. An operation that heats metal mixtures to separate its components.

Catalysts are substances that enhance chemical reactions. PBMO (Pr0.5Ba0.5MnO3-δ), one of the catalysts for fuel cells, is known as a material that stably operates even when directly used as a hydrocarbon, not hydrogen. In particular, it exhibits high ionic conductivity as it changes to a layered structure under a reduction environment that loses oxygen. At the same time, the ex-solution phenomenon occurs in which the elements inside the metal oxide segregate to the surface.

This phenomenon occurs voluntarily under a reduction environment without any particular process. As the elements inside the material rise to the surface, the stability and performance of the fuel cell improve immensely. However, it was difficult to design the materials because the process through which these high-performance catalysts were formed was unknown. 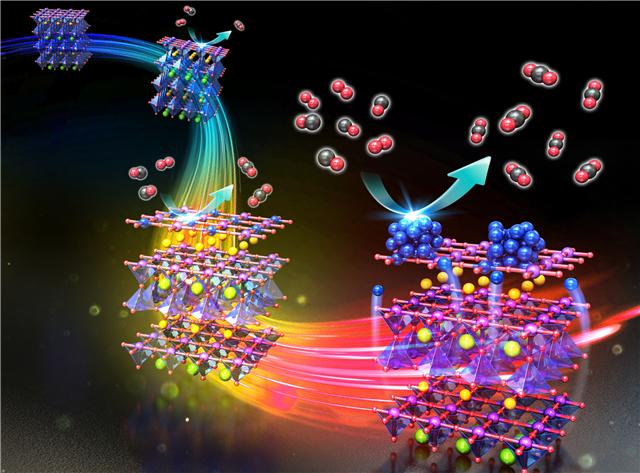 Figure 1. Schematic diagram of the process of material phase transition, ex-solution particle formation, and the change in catalytic activity depending on the reduction environment.

Focusing on these features, the research team confirmed that the process goes through a progression of phase transition, particle ex-solution, and catalyst formation. This was proved using the first-principles calculation based on quantum mechanics and the in-situ XRD** experiment that allows the observation of real-time crystal structural changes in materials. The researchers also confirmed that the oxidation catalyst developed this way displays up to four times better performance than the conventional catalysts, verifying that this study is applicable to various chemical catalysts.
**XRD (X-Ray Diffraction): An analysis method that identifies the crystal structure of a material based on diffraction occurring at a specific angle when X-Ray is irradiated on a material.

“We were able to accurately understand the materials in atomic units that were difficult to confirm in previous experiments, and successfully demonstrated it thus overcoming the limitations of existing research by accurately understanding materials in atomic units, which were difficult to confirm in existing experiments, and successfully demonstrating them,” explained Professor Jeong Woo Han who led the study. “Since these support materials and nanocatalysts can be used for exhaust gas reduction, sensors, fuel cells, chemical catalysts, etc., active research in numerous fields is anticipated in the future.”

This research was conducted with support from the Samsung Research Funding & Incubation Center and the Korea Institute of Energy Technology Evaluation and Planning.