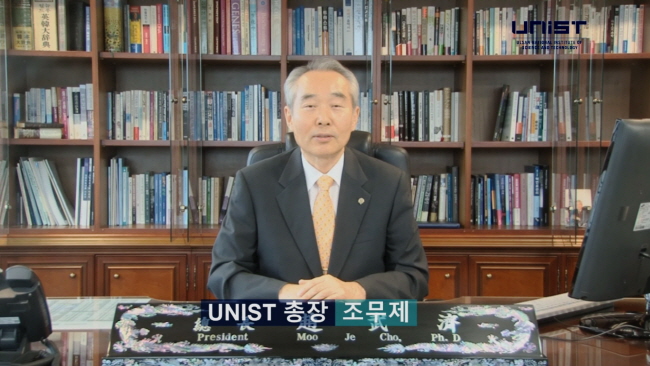 "Publicly pledging to give will encourage more people to help combat a rare disease, like ALS,”

The ALS Ice Bucket Challenge, as “one of the most viral philanthropic social media campaign in history,” has triggered a global phenomenon and has now made its way around South Korea.

This viral challenge dares nominated participants not only to get drenched by a bucket of freezing cold water within 24 hours, but also to open their wallets, all in an effort to raise awareness of Amyotrophic Lateral Sclerosis (ALS), often referred to as Lou Gehrig’s disease.

On August 27th, President Moo Je Cho was nominated for the challenge by President Woong Jae Bae of UNIST Students’ Union. Although he respectfully declines to get get drenched in ice-cold water, he pledges to raise awareness for ALS by providing monetary donation to the ALS Association.

“I am still honored to partake for a great cause and I really hope that publicly pledging to give will encourage more people to help combat a rare disease, like ALS,” says Moo Je Cho.

The next three participants who has been nominated by President Cho areCheol Lee of University of Ulsan, UNIST student Eugene Smart from Ghana, and UNIST Professor Chung Hun Lim of Life Sciences.

You can also help create a world without ALS by donating HERE.