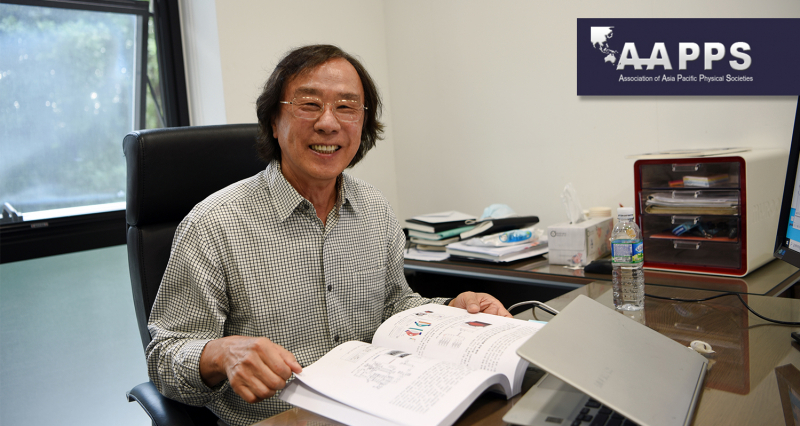 Professor Hyeon K. Park has been selected, as the 7th Laureate of S. Chandrasekhar Prize of Plasma Physics.

Hyeon K. Park, Professor in the Department of Physics at UNIST received the 2020 Subramanyan Chandrasekhar Prize of Plasma Physics, becoming the first Korean plasma physicist to earn the prestigious award.

On September 10, the Division of Plasma Physics under the Association of Asia Pacific Physical Societies (AAPPS-DPP) has announced that it has selected Professor Hyeon K. Park, as the 7th Laureate of S. Chandrasekhar Prize of Plasma Physics.

Founded by the AAPPS-DPP in 2014, the S. Chandrasekhar Prize of Plasma Physics is an internationally authoritative annual prize, which is awarded to an outstanding scientist who has made seminal/pioneering contributions in the field of plasma physics. The award is named in honor of the late Indian-American Nobel laureate, Subrahmanyan Chandrasekhar.

Professor Hyeon K. Park, an internationally renowned plasma physicist, has been given the award in recognition of his original and pioneering works in fusion plasma diagnostics, the electron cyclotron emission imaging (ECEI) and microwave imaging reflectometry (MIR) enabled to measure unprecedented high-resolution images of MHD instabilities and turbulent fluctuations, leading to rich discoveries of novel plasma physics phenomena, such as precise images of the sawtooth crash process, tearing mode and edge localized modes. The plasma physics research, assisted by the advanced imaging diagnostics enhanced the synergies with numerical modeling and theories, and elevated the fusion plasma research program in Korea. This ECEI system has now become a standard in the majority of tokamak devices throughout the world. 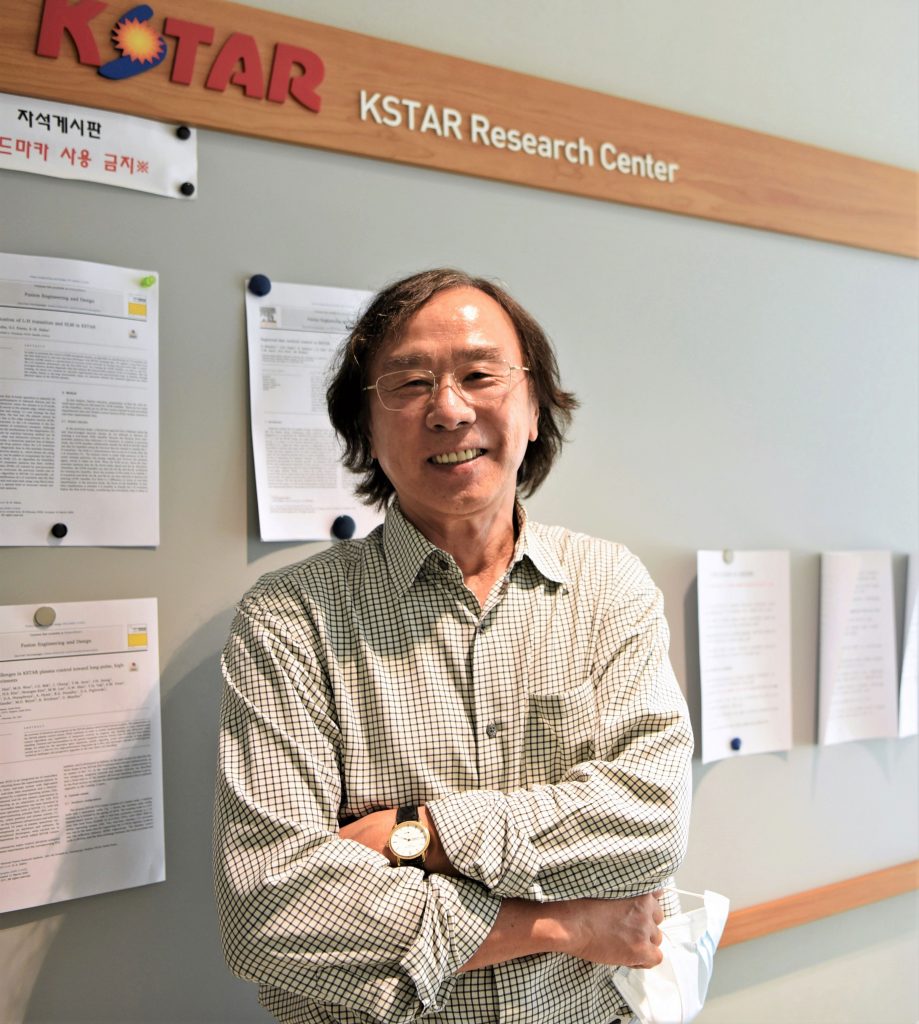 While working at PPPL, Professor Park developed high speed/high-resolution 2-D microwave camera [electron cyclotron imaging (ECEI) for electron temperature and microwave imaging reflectometry (MIR) for electron density] to elevate understanding of the physics of MHD instabilities and turbulence through international collaboration. The successful test of the ECEI/MIR system was performed on TEXTOR device, Germany. The result was highlighted in the back to back PRL papers (2006) on the physics of sawtooth instability as the first author.

In late 2007, Professor Park returned to Korea, as a professor of physics at Pohang University of Science and Technology (POSTECH) and established KSTAR Research Center, one of the fusion plasma research centers in Korea. There, he developed the most sophisticated 2D/3D ECEI and MIR systems at the time on KSTAR as shown in Fig.1 with sample 2-D images. The ECEI system successfully visualized the time evolution of the edge localized mode (ELM) from growth to burst for the first time and the observed ELM structure was validated with the MHD code. Since then the ECEI system has been instrumental for the KSTAR physics research.

“I am deeply honored, to be the recipient of this prestigious award,” says Professor Park. “This award will help the country’s nuclear fusion plasma physics field, based on the KSTAR physics research and KSTAR Research Center, gain more international recognition.”

Professor Park has published more than 300 SCI papers, along with 36 papers from Physical Review Letters (PRL), one of the most prestigious journals in the field of Physics. The recent review paper in Advances in Physics-X, 2019, summarized his work on new physics uncovered by the ECEI system up to now. He has delivered numerous plenary and invited talks at major international conferences, including IAEA-FEC, AAPPS-DPP, EPS-DPP, and APS-DPP. He has served on many international committees, including the International Fusion Research Council and the ITER Science and Technology Advisory Committee, and was a Chair of the ITPA Diagnostic Division. He also served Plasma Physics and Controlled Fusion as an editorial board member, and he is a Fellow of the American Physical Society.