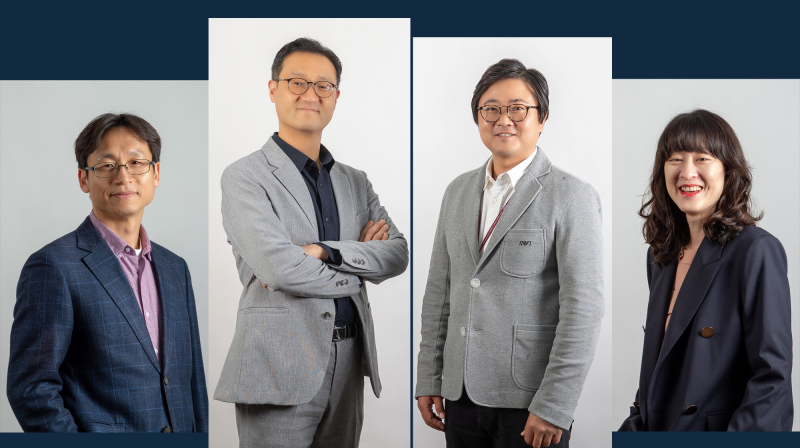 UNIST has been included in the list of Samsung's 2019 first half future technology fostering projects, released on April 10.

Five UNIST research teams have been selected for this year’s Samsung Research Funding Program for Future Technologies. The selected projects will be supported through a research funding of 61.7 billion won for the next three to five years.

UNIST researchers have been consistently chosen by Samsung Electronics to develop innovative futuristic technologies in the past. This year, 2 basic science projects, 1 materials technology project, and 2 creative ICT projects from UNIST have been selected for the first-half 2019 Samsung Research Funding Program for Future Technologies.

Sixteen projects were chosen in the basic science, including the studies by Professor Jayil Lee (School of Life Sciences) and Professor Oh Hoon Kwon (School of Natural Science). Professor Lee has been selected for proposing the study on the “Development of DNA Repair Mechanisms for Cancer Treatment”. In particular, this study by Professor Lee stood out among many other outstanding basic science projects. The project on the “Extreme Spatio-temporal Imaging and Control Technology for the Observation of Light-matter Interaction in Low-dimensional Systems, Using Ultrafast TEM” has been also  chosen in the basic science.

As for the materials technology, Professor BongSoo Kim (School of Natural Science)’s project on the “Solvent and Electronic Device Manufacturing Methods for Universal 3D Gelator” has been selected. When it comes to creative ICT projects, seventeen cases were chosen, including a research on the “Microservice-based Machine Learning System for Heterogeneous GPU Clusters” by Professor Young-ri Choi (School of Electrical and Computer Engineering). Professor Min-Suk Kwon (School of Electrical and Computer Engineering)’s “Graphene-based High-speed Small Silicon Photonic Modulator Photodetector” has been also chosen for the creative ICT field.

Started in August 2013, this program has been promoted by the Samsung group in support of the cultivation of the core basic science technologies and for the three major areas of ▲ basic science, ▲ materials technologies, and ▲ creative ICT under an investment of 1.5 trillion won for 10 years. Based on those three major areas, the company selects the awarding of promising research projects three times a year. Through this program, a total of 517 projects have already been selected and about 6 trillion won have been invested so far.

The company accepts applications on those three major areas throughout the year via its websites. The applications for the materials technologies and creative ICT fields must be submitted via the website of Samsung Research Funding Center of Samsung Electronics (www.samsungftf.com). As for the basic science field, they must be submitted electronically through the website of the Samsung Science & Technology Foundation (www.samsungstf.or.kr).