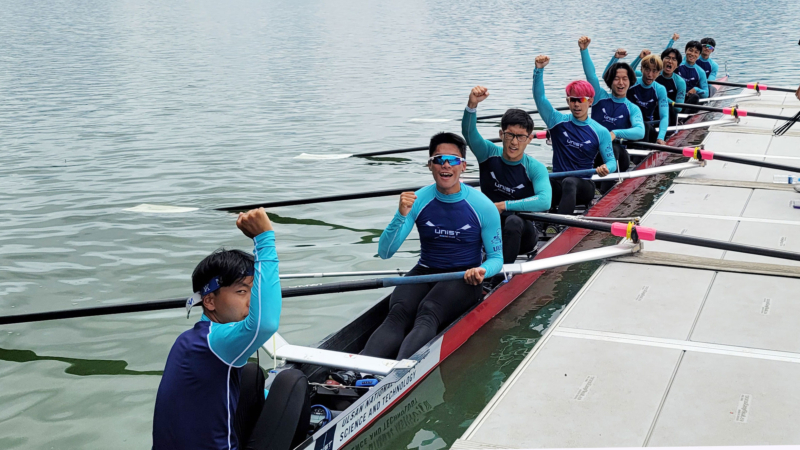 The rowers from universities representing South Korea, including UNIST were set to gather and compete at the 17th Inter-University Rowing Competition, which took place in Lake Yedang from July 23-24, 2022. In this two-day long rowing competition, UNIST won the first place at both Men’s YB eight (8+) and Men’s coxed four (+4) and a second place finish at Women’s coxed four (+4) to capture the championship overall. This is the second remarkable achievement, following the 48th Jang Bogo Flag National Rowing Championship, which took place in June 2021. The UNIST Rowing Club is a registered club, established in 2013 with the aim of nurturing human resources in science and technology who have a cooperative spirit, strong physical strength, and excellent leadership skills. Open to anyone interested in the sport of rowing, the club currently consists of 80 members and is still growing. The club also boasts 6 racing boats and 1 rescue boat. The primary objectives of the club are to foster and promote the sport of rowing at all levels.