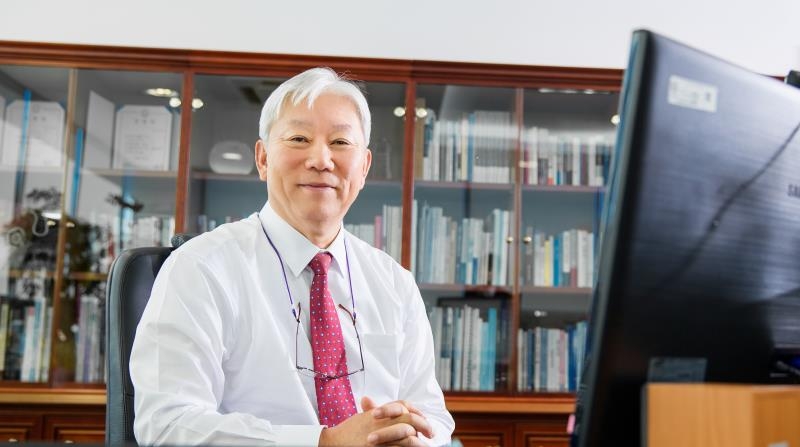 UNIST President Mooyoung Jung sits in his office at UNIST.

UNIST to Attend the Annual Meeting of the Global Future Councils

President Mooyoung Jung at UNIST has been invited to join the Annual Meeting of the World Economic Forum’s Network of Global Future Councils, opened in Dubai on November 13 and 14, 2016.

The Annual Meeting of the Global Future Councils is the inaugural gathering of the World Economic Forum’s newly formed Network of the Global Future Councils. The Meeting addresses such topics as the Fourth Industrial Revolution and its future prospects, and will develop solutions to the challenges that may arise, in addition to exploring technological advances in various sectors. As a member of the network, UNIST currently seeks their advice on international policy for Manufacturing Industry Innovation, the core agenda for the forthcoming Fourth Industrial Revolution.

President Jung will be discussing the structural changes in the world economy, as well as the future directions for the manufacturing sectors in Ulsan. He will also provide details on and discuss the 2017 Future Industry Innovation Forum in Ulsan, celebrating the 20th anniversary of the elevation of Ulsan city.

This year’s meeting has brought together over 700 thought leaders around the world to generate ideas and solutions to prepare the world for the challenges and opportunities of the Fourth Industrial Revolution. Among the participants, there were Founder and Executive Chairman Klaus Schwab of the World Economic Forum, President Subra Suresh of Carnegie Mellon University, General Secretary Sharan Burrow of the International Trade Union Confederation (ITUC).

Ideas generated at the Global Future Councils will that influence the future global, regional and industry agendas will be discussed at WEF’s Annual Meeting in Davos-Klosters, Switzerland, in January 2017.