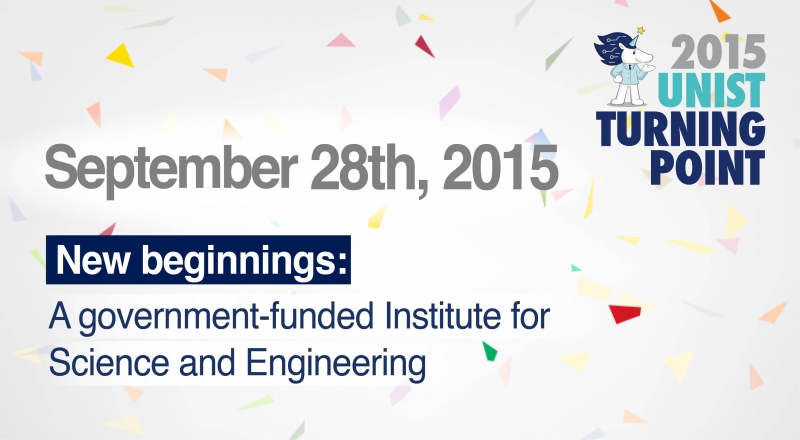 Making the leap from national university to a government-funded S&T institute.

This would not only bring UNIST to range with three other Korea’s S&T Research Institutes, KAIST, GIST, and DGIST, but also a wider international recognition for UNIST researchers.

This new status will bring a number of changes to UNIST’s current education system, including government grants that will support both current and prospective UNIST students, as well as exemptions from military service for the holders of doctoral degrees.

Established in 2009, UNIST has gained international visibility and recognition in science and established a foothold as a unique educational and research organization. Indeed, UNIST has truly become one of world’s leading science and technology universities, despite being younger than its peers.

UNIST is keen on promoting international collaboration as a driving force for excellence and strives to promote scientific collaboration with other countries through the exchange of researchers. The status change of UNIST signifies a systemic change in its educational systems and a new beginning, in essence, rebirth of UNIST. Now, we need to make concerted efforts in making of UNIST into another MIT or Stanford of Korea.