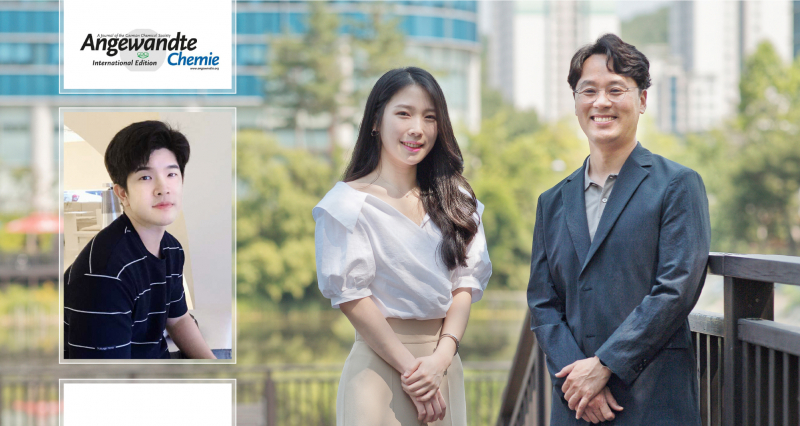 Their findings have been published in the July 2021 issue of Angewandte Chemie International Edition.

A team of researchers, led by Professor Guntae Kim in the School of Energy and Chemical Engineering at UNIST has succeeded in developing a ternary catalyst composed of cobalt, nickel and iron that can effectively convert greenhouse gases, such as methane and carbon dioxide into hydrogen and carbon monoxide. The newly-developed catalyst is expected to be used to generate renewable energy, while simultaneously reducing greenhouse gases, noted the research team.

The dry reforming of methane (DRM) uses two greenhouse gases, carbon dioxide (CO2) and methane (CH4), to produce a syngas mixture of carbon monoxide (CO) and hydrogen (H2). Normally, nickel-based catalysts are the best alternatives for the noble metals to be used in the DRM reaction, because they are inexpensive and relatively active. However, they become deactivated due to carbon deposition (coking), the accumulation of porous carbon materials and agglomeration of carbon particles.

In this study, the research team has developed the ternary catalyst for the DRM production of syngas. “This research, which focused on the development of a catalyst with enhanced activity and stability, will greatly contribute to the commercialization of the DRM technique,” says Professor Kim.

The catalyst’s cobalt-nickel-iron alloy nanoparticles allow the generation of a larger number of exsolved nanoparticles, separated at critical temperatures, to cause more enhanced catalytic activity than the conventional catalyst’s nickel monometallic and cobalt-nickel bimetallic particles. 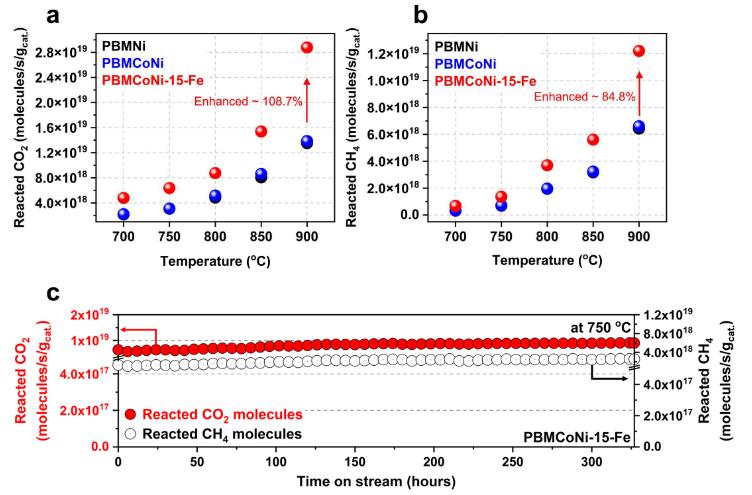 “The activity and stability of a catalyst must be secured to stably produce syngas and hydrogen through DRM,” said Professor Kim. The research team further noted that the exsolved catalyst exhibited exceptional stability, with continuous DRM operation for about 350 hours at a temperature above 750°C.

The findings of this research were made available ahead of its publication in Angewandte Chemie International Edition on July 12, 2021.