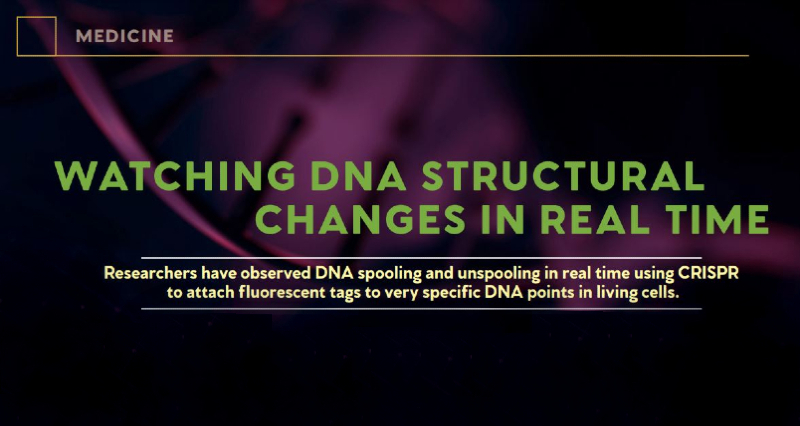 The findings of this research have been featured in the 2021 edition of Asia Research News Magazine,

Professor Hajin Kim and his research team in the Department of Biomedical Engineering at UNIST have developed a novel CRISPR-based genome labeling scheme for reliable visualization of genomic elements in living cells. This labeling scheme, according to the research team, would enable real-time visual tracking of changes in chromatin structure. The findings of this research have been featured in the 2021 edition of Asia Research News Magazine. For details, please click HERE.

Researchers at the Ulsan National Institute of Science and Technology (UNIST) have developed a way to label specific points in DNA inside living cells with fluorescent probes, using the gene-editing technology CRISPR/ Cas9. The labelling system, described in the journal Genome Research, enables real-time tracking of how DNA is packaged inside the cell nucleus.

Each cell in the human body contains approximately two meters of DNA, efficiently wrapped around proteins called histones so it can fit inside the nucleus. The whole complex of DNA and histone proteins is called chromatin, and the physical structure and dynamics of chromatin heavily influence which genes are expressed.

▲ Figure 1. Existing techniques, such as Hi-C, have enabled scientists to infer the whole chromatin structure, but not to track specific sections along the DNA. The new technique allows scientists to label specific points or regions of DNA in live cells. Thus, it becomes possible to observe the structure of DNA regions (left) or to track their diffusing motions (right).

They were able to minimize background noise from the probes lighting up more than the targeted area to improve their ability to observe small sections of chromatin. They did this by combining a particular type of probe, called a tripartite superfolder green fluorescent protein, with another molecular system, called SunTag. This design amplifies the target signal and also allows certain components to be refreshed, extending the time the labelled loci glow.

Using the system, the researchers were able to see the location and motion of the target chromatin segment by looking through a fluorescence microscope. The team observed that DNA strands not only move passively inside the nucleus, as the ink spreads in water, but also actively in certain time scales, confirming an earlier prediction, says Narendra Chaudhary, Ph.D. candidate and first author of the study.

Now, researchers can use the system to target a wider range of loci throughout the genome and observe their movement inside the nucleus. It opens up new possibilities for studying genetic processes inside living cell nuclei, such as DNA replication, repair, recombination, and transcription, through direct imaging. 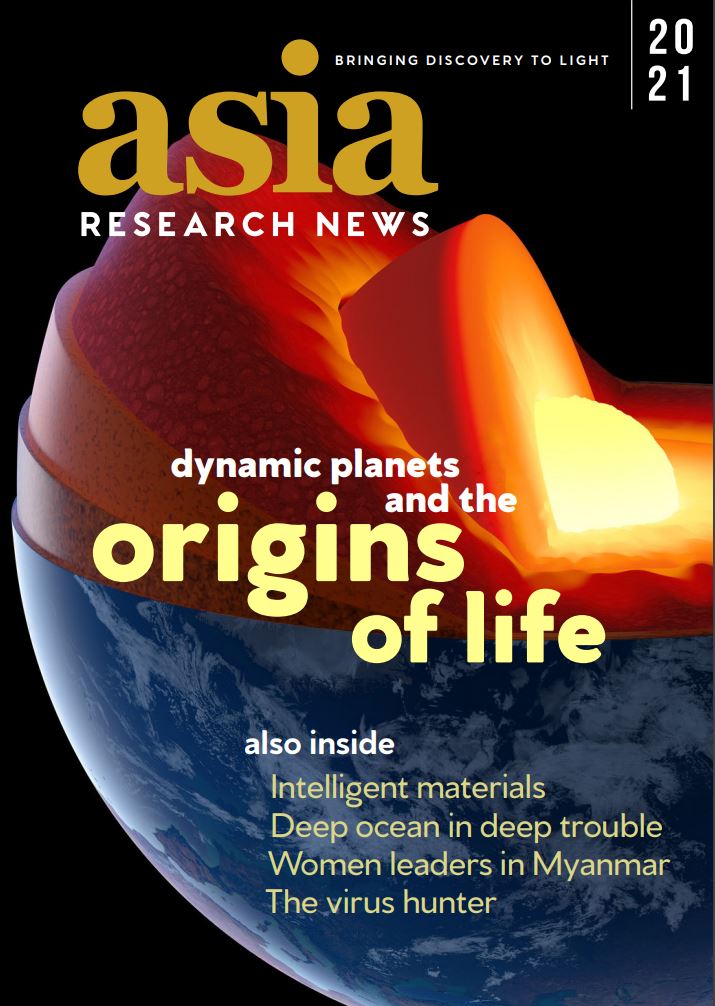 The findings of this research have been featured in the 2021 edition of Asia Research News Magazine.