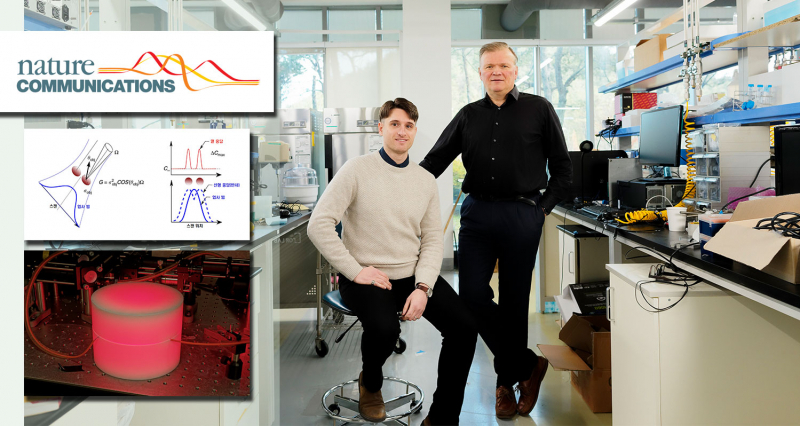 Super-resolution at All Scales with Active Thermal Detection

The work by Distinguished Professor François Amblard's team has been published in Nature Communications.

An international team of researchers, affiliated with UNIST, has unveiled a new concept of super-resolved detection and imaging, applicable to microscopy, RADAR,LIDAR, and more. This breakthrough has been led by Distinguished Professor François Amblard (School of Life Sciences) who also serves as a group leader of the Center for Soft and Living Matter, within the Institute for Basic Science (IBS) at UNIST.

When you search your lost keys with a flash lamp, when bats detect obstacles during their night flight, or when car radars locate other cars on the road, the very same physical principle works. Be it light, sound, or an electromagnetic wave in general, a probe beam is sent ahead, and a reflected wave of the same kind carries the relevant information back to the detector. That also explains why stealth aircrafts can escape radars: by absorbing radar energy, no signal is reflected back, and they become invisible. The absorbed energy is then converted to heat that was believed to be “useless” until now, only to increase the target temperature.

Researchers found that the temperature increase caused by the probe beam could be utilized to generate a signal per se for detecting objects. Notably, this so-called “active thermal detection” enables super-resolution imaging at all scales, compared to conventional techniques whose application are confined to microcopy only. Super-resolution unveils the small details of an image, making it possible to resolve previously hidden figures. Francois Amblard, the second author of the study says, “Nobody tried to use thermal radiation for super-resolution, even though this signal is so noticeable that it cannot be missed. Our first and deceptively simple idea is to detect objects with their obvious signal, the thermal radiation.” 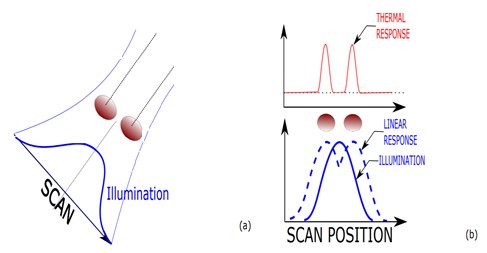 Moreover, the super-resolution factor can be arbitrarily cranked up if a sufficiently high temperature is reached. “Our theory predicts that the emission spatial profile can be made arbitrarily narrow, leading to an improved localization of objects, and even in principle to an arbitrarily large super-resolution. One expects then to be able to better resolve two nearby targets, or to better detect the shape of a target,” explains, Guillaume Graciani, the first author of the study.

Super resolution techniques allowed us to see what was previously unseen, but its magic has been working only in microscopy so far. Notably, this study presents the thermal radiation and its intrinsic super-linearity as a universal way to super resolve objects at all scales from microscopic imaging to flying objects such as planes. The active thermal detection also finds applications in thermal imaging for non-destructive testing, Lidar and Radar technologies for self-driving cars, mid- or long-range detection of stealth objects. It also opens a new field of applications for the most recent thermal photodetectors, such as superconducting nanowire single-photon detectors or HgCdTe avalanche photodiodes. Finally, new kind of thermal probes could be designed for super-resolved thermal detection or imaging at microscopic scales.

The findings of this research have been published in Nature Communications on December 17, 2019.