Their study has been published and featured on the cover of the August 2020 edition of Optica.

The simultaneous observation of living cells and blood-like fluids that move around the cells in high definition has been made possible. This is largely due to the newly-developed optical microscopes, coupled with varying spatiotemporal resolutions across the field of view (FOV).

A research team, led by Professor Jeong-Hoon Park in the Department of Life Sciences at UNIST has proposed a new technique that controls the spatiotemporal resolution of Structured Illumination Microscopy (SIM) within a single image. The key to this technique is a customizable illumination and image acquisition pipeline that can adapt to the characteristics of the samples of interest. Using this pipeline, the research team demonstrated tunable SIM, a simple imaging system that can obtain spatially varying spatiotemporal resolutions across the FOV. This has opened up new possibilities for capturing the movement of calcium ions back and forth across the cell membrane (temporal resolution), while at the same time observing the changes in cellular dynamics, caused by calcium ions (spatial resolution). 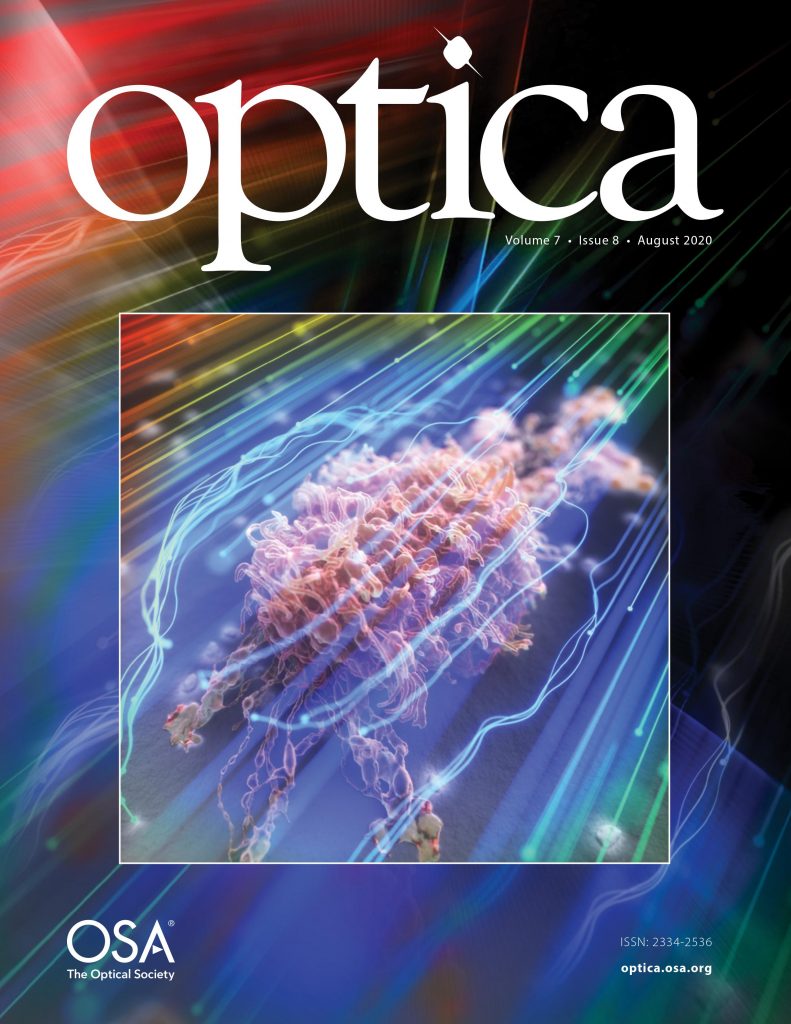 Structured Illumination Microscopy (SIM) is also a new type of optical microscopes. It is based on the excitation of the sample with a known spatially structured pattern of light and relies on the generation of interference patterns. Therefore, knowing the form of light wavelength irradiating the material, as well as the shape of the interference pattern, one can analyze it mathematically to observe the microstucture of the matter. Besides, unlike super-resolution microscopy, there is no need for complicated specimen preparation procedures, and there is little damage to the specimen by strong light. However, it is difficult to capture instantaneous phenomena because multiple images are required to obtain one super-resolution image because it is a method of viewing the specimen ‘indirectly’ through the interference pattern. 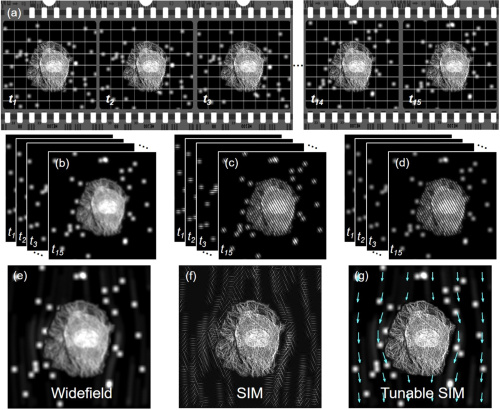 The research team solved this problem by selectively controlling the amplitude of light according to the characteristics of the area to be photographed. Through this, it succeeded in obtaining the flow of the fluid (liquid) culturing cancer cells and the microscopic changes caused by it at the same time at ultra-high resolution. The area of the fluid that needs to capture a short moment is irradiated with an amplitude pattern with high temporal resolution, and the part of the cell that needs a clearer image is irradiated with an amplitude pattern with ultra-high resolution (spatial resolution). It was possible to observe a fast moving object at normal resolution or to observe a region with a fine structure at super high resolution, but it is the first time to measure it simultaneously on one screen. 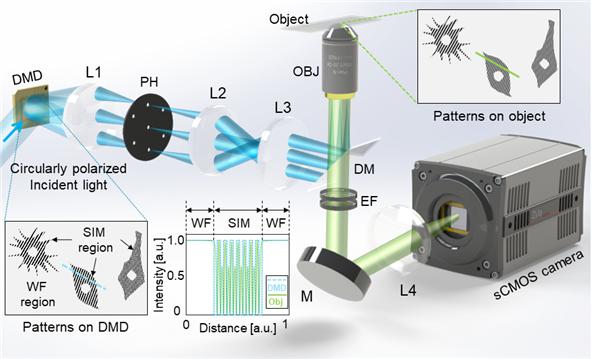 Figure. 2. Experimental setup. Incident light is modulated by binary patterns on a DMD. By selecting the first and zeroth diffraction orders using a custom pinhole, tunable SIM patterns with simultaneous sinusoidal 3D-SIM and widefield illumination at arbitrary regions are obtained.

“It is a meaningful study in that life phenomena at different temporal and spatial scales, which could not be observed with conventional microscopes, were observed simultaneously in one image under the same microscope,” says Professor Park. “It is expected that it can be applied to the observation of various life and physical phenomena, such as studies related to micro-channel channels and calcium signal transmission requiring high time resolution.”

The findings of this research have been published in the prestigious journal Optica, which retains in the August 2020 issue. The study, which has been participated by Professor Joo H. Kang, Su Hyun Jung, Cheolwoo Ahn, and Byungjae Hwang in the Department of Life Sciences at UNIST, has also been featured on its cover page. It has been supported by the National Research Foundation of Korea (NRF) and the POSCO TJ Park Foundation.