Home All News People 2011 Nobel Laureate in Chemistry, Sending a Message of Hope 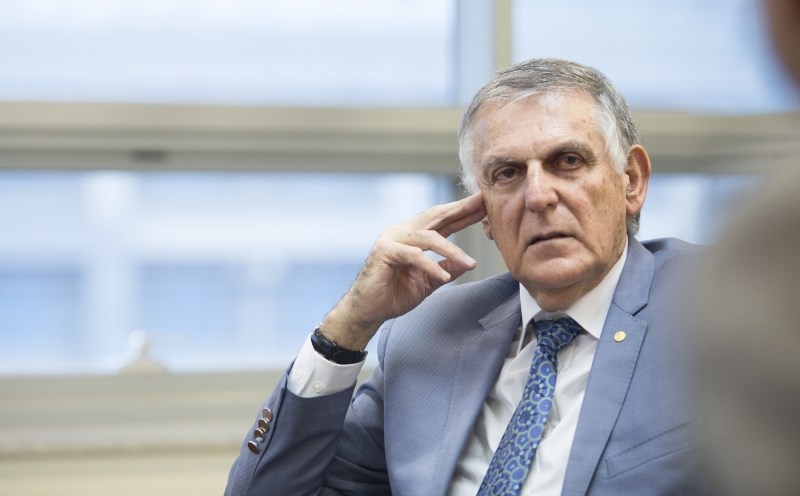 Dr. Dan Shechtman, the 2011 Nobel laureate in Chemistry is posing for a portrait.

2011 Nobel Laureate in Chemistry, Sending a Message of Hope

“If you fail, it is not the end of the world. If you fail, you simply need to start again.”

Today’s success-driven society has imposed on us the expectation that failure is a source of shame and an unacceptable outcome to any situation. However, the 2011 Nobel laureate in Chemistry, Professor Dan Shechtman believes that success always starts with failure. 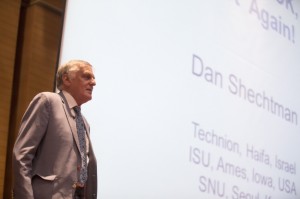 On Friday October 31, Dr. Shechtman visited UNIST to deliver a special lecture on achieving prosperity through technological entrepreneurship, entitled ‘Failure Ok, Start Again!’ The purpose of this event was to show students tips on how to get over the stumbling blocks and to succeed as a start-up.

During the lecture, the Nobel Prize winner said “In some cultures, people often fear for failure because failure is such a terrible shame on yourself, your family and your community.” He adds, “If you fail, it is not the end of the world. If you fail in business, it is okay as long as you learn from the mistakes. This means that I trust you even more than a novice to entrepreneurship because you have been through the process. You are now an experienced entrepreneur.” 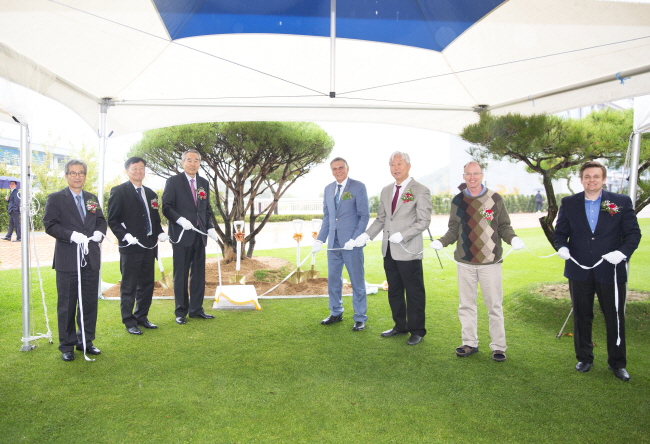 At the commemorative tree planting ceremony at UNIST Nobel Garden, a place devoted to the Nobel Prize laureates who have visited UNIST from 2011 to present.

The visit started with a commemorative tree planting ceremony at UNIST Nobel Garden. This Nobel Garden is a place on UNIST campus, devoted to the Nobel Prize laureates who have visited UNIST from 2011 to present in commemoration of the significant contributions made by its winners.