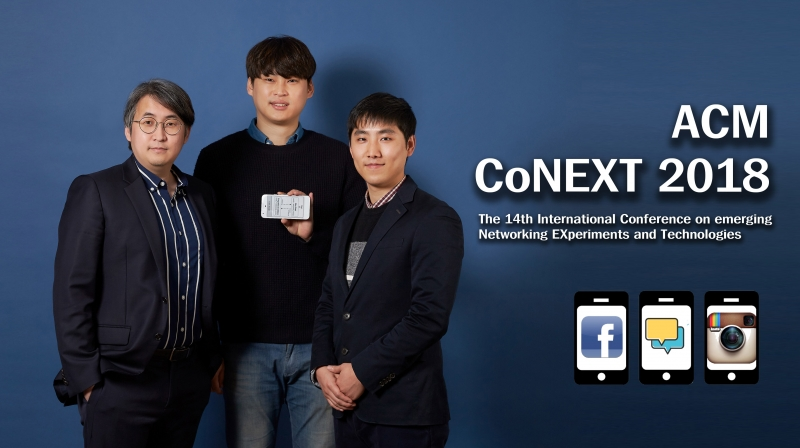 From left are Professor Kyunghan Lee, Shinik Park, and Junseon kim in the School of Electrical and Computer Engineering at UNIST.

Heavy traffic on narrow roads could be one of the leading causes of traffic congestion and this applies to communication networks, as well. If more data is collected than the allowed data capacity, communication latency appears. This has a devastating effect on the  5G-based internet services, such as self-driving cars, autonomous robots, and remote surgery.

A research team, led by Professor Kyunghan Lee in the School of Electrical and Computer Engineering at UNIST has proposed a novel technique that can reduce the congestion issues in the network environment. The team presented their latest work, known as ‘ExLL: An ultra low-latency congestion protocol for mobile cellular network’ at the ACM CoNEXT’ 18, held in Heraklion, Greece on December 6, 2018.

According to the research team, the new technique is noted for its superior performance over Google’s Biblio (BBR), which is known as the best low-latency transmission protocol. The performance evaluation and verification of communication protocol were undertaken both at home and abroad in collaboration with Professor Sangtae Ha’s research team from University of Colorado Boulder, which boasts a mobile communication network testing facility.

Communication delay is a phenomenon in which when untreated data accumulates in the network, data transmission is delayed when more data than the network can handle. This is also called a ‘buffer bloat’. When buffer bloats are observed in the data center or the mobile communication network, the transmission of packets is delayed and the efficiency of data exchange and service quality are lowered.

“It is difficult to achieve the ideal performance due to the inefficiency of the search itself in the existing technique,” said Shinik Park, the first author of the study. “This technology is a smart phone, “We have solved the problem by changing only the transmission protocol of mobile communication terminals.” 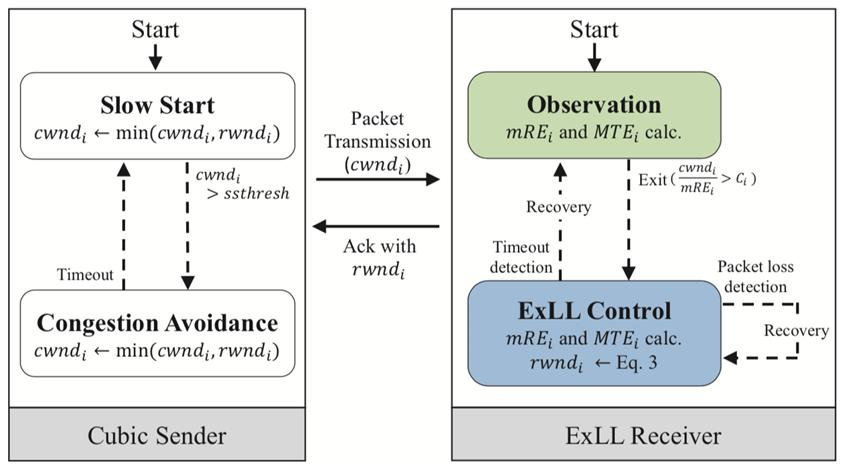 “In LTE networks, the pattern of the amount of data received per millisecond and the interval of arrival of packets during this time is different,” says Junseon Kim in the Ph.D. program in Computer Science. “This depends on the resources allocated to the base station and the channel conditions, so it is possible to know the allowed network capacity by analyzing it, and if the observation time is different, it can be applied to the 5G network.”

Meanwhile, the study of low-latency transmission protocol was steadily developed after the buffer buffer concept was defined in 2011, leading to Google’s BBR. Google has included BBR as one of its transport protocols since 2016, and recently added BBR to the Google Cloud Platform (GCP). This is reminiscent of Google’s adoption of its own development protocols (SPDY, QUID) in the HTTP / 2 and HTTP3 standards, which are Web transmission technologies.