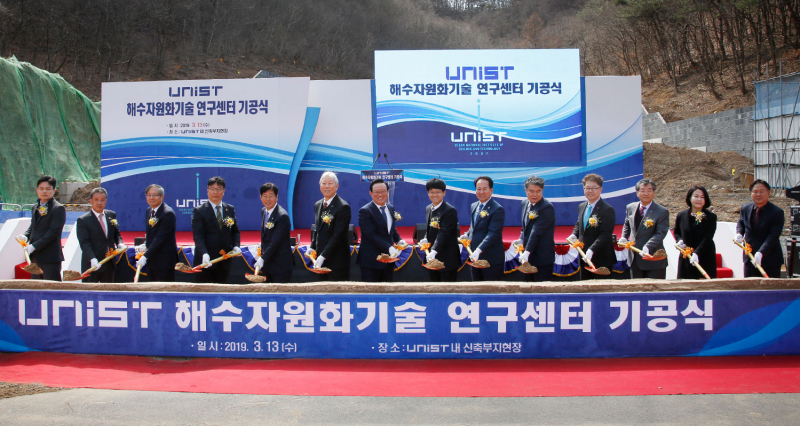 The groundbreaking ceremony for the Seawater Resources Technology Research Center took place at UNIST on March 13, 2019.

The ceremony was held at the construction site of Seawater Resources Technology Research Center on March 13, 2019.

UNIST broke ground at a ceremony today to mark the beginning of construction on the Seawater Resources Technology Research Center which will further expedite the commercialization of low-cost, eco-friendly rechargeable batteries that can produce and store electricity via seawater.

A ceremonial groundbreaking took place at the construction site of Seawater Resources Technology Research Center, located near the Battery R&D Center at UNIST. Slated for completion in early 2020, the new center will consist of five floors and a basement with a gross floor area of approximately 5,443 square meters. A total of 17.5 billion KRW was invested, including the funding from the government, Ulsan city, and UNIST. 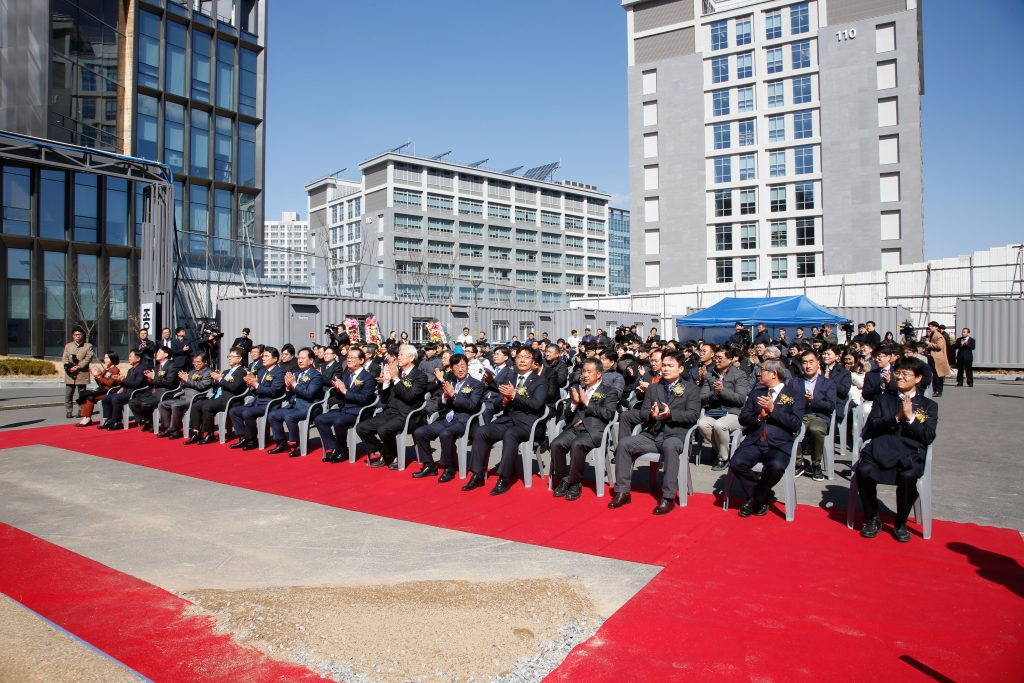 Over a 100 guests were present to celebrate the beginning of construction on the Seawater Resources Technology Research Center.

The center aims to carry out varioius studies on seawater batteries, which is one of  UNIST’s representative research brands, as well as other areas associated with seawater desalination, CO2 capture, and hydrogen production via seawater. With the help of this center, UNIST will accelerate the commercialization of source technologies through the establishment of manufacturing and test facilities, capable of developing novel technologies for mass production of seawater batteries.

Seawater batteries use earth-abundant seawater (sodium) to generate electricity. Therefore, they are much cheaper and more environmentally friendly than lithium and will, therefore, offer a low-cost route to large-scale energy storage. This makes this system an attractive supplement to existing battery technologies, thus leading the energy storage system (ESS) market. 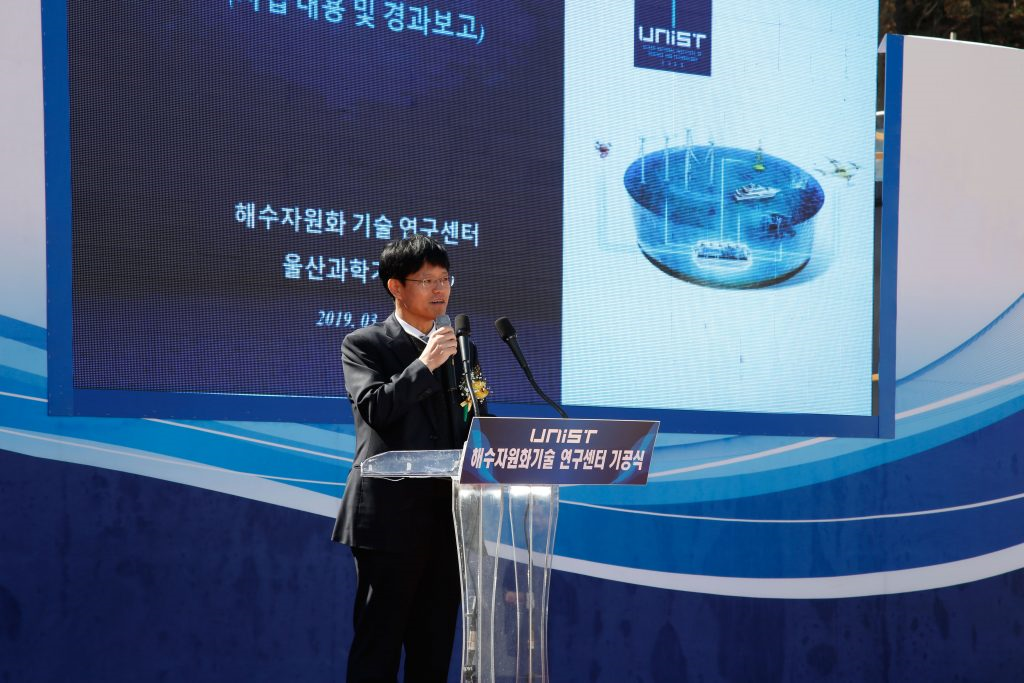 Since the successful development of world’s first seawater batteries in 2014, Professor Youngsik Kim (School of Energy and Chemical Engineering) at UNIST has been continuously carrying out relevant research to offer a low-cost energy storage system (ESS). Professor Kim and his research team have secured 5 billion KRW in funding from Korea Electric Power Corporation (KEPCO) and Korea East-West Power Company (EWP) and has been cooperating with the Korea Institute of Ocean Science & Technology (KIOST) to develop a range of application technologies for seawater batteries using UNIST’s seawater bettery technology. Besides, the recently-launched 10kWh energy storage system using seawater batteries has been put into test operation in December last year at Ulsan Thermal Power Plant. 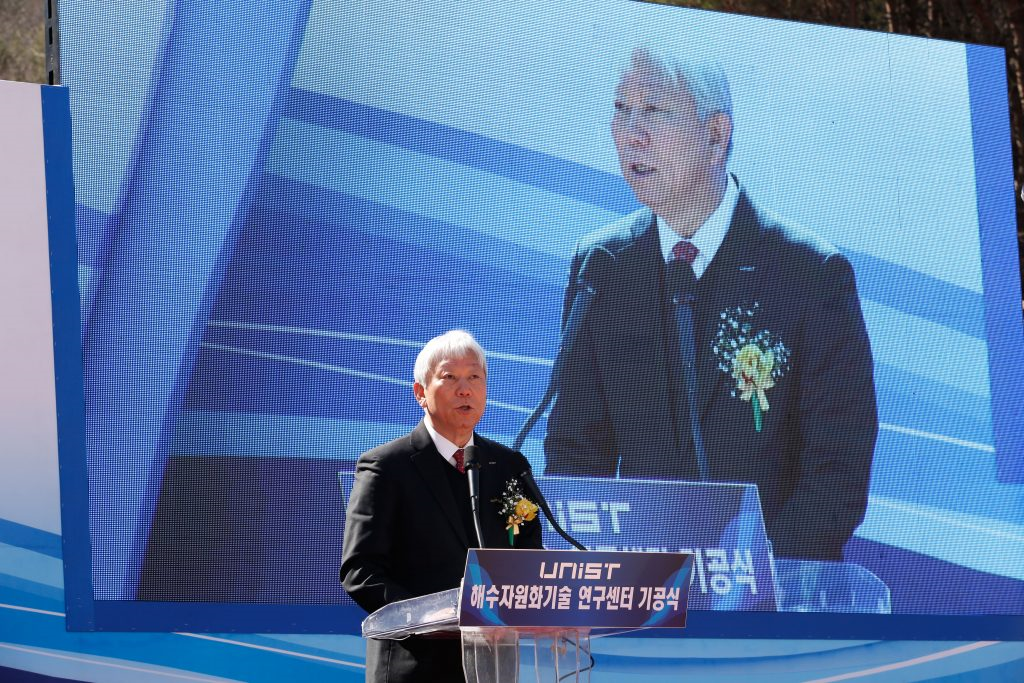 At the groundbreaking ceremony, President Mooyoung Jung described a seawater battery as a safe and competitive energy storage system that could lead the next-generation energy storate sector. “Seawater batteries could be used as emergency power supplies for large ships and nuclear power plants because they operate without auxiliary loads or an external power supply, except for water and salt,” says President Jung. “We will lead the commercialization of seawater resource technology and open up the future of the new energy industry.” 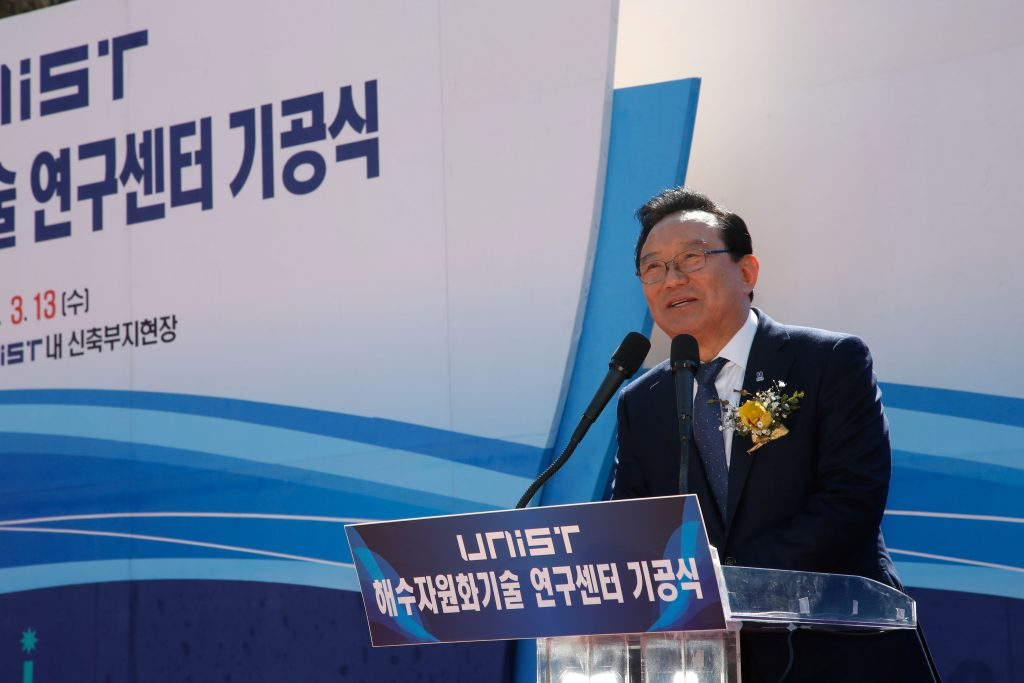 “Seawater cells are likely to expand widely in all industries, including underwater robots, GPS buoys for fishing nets, and seawater desalination projects, which are suitable for marine ecosystems,” says Mayor Song Chul Ho of Ulsan Metropolitan City. “We will not hesitate to give administrative and financial support to help Ulsan city develop into a new growth engine.” 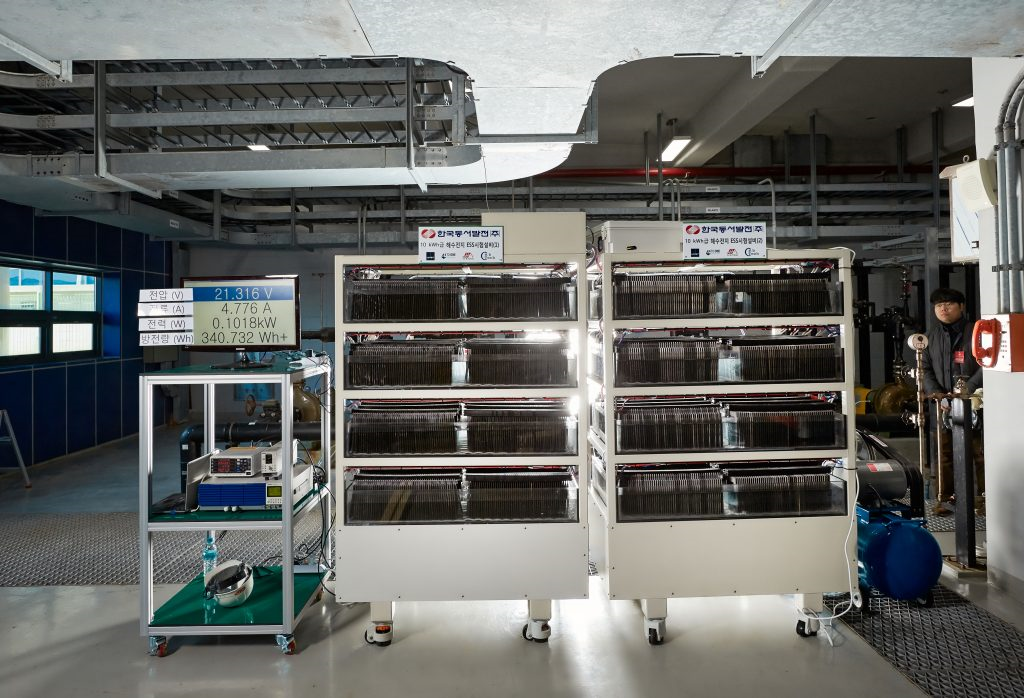 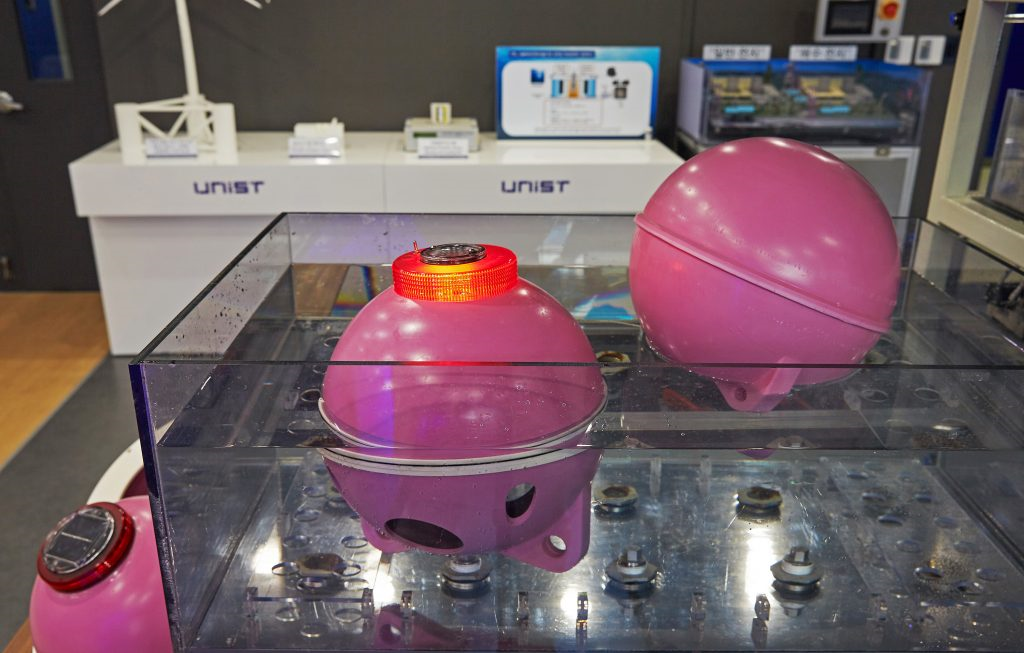 This year, the center will carry out the project to develop seawater battery buoys for fishing nets.