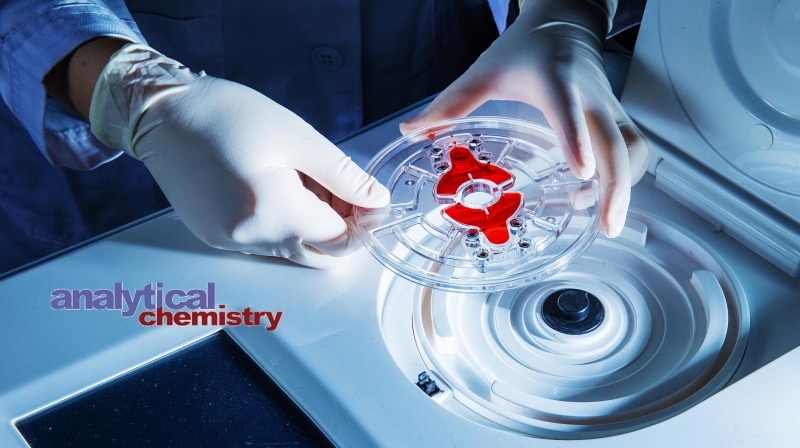 New technique that efficiently isolates cancer cells that are present in the blood.

A new research, affiliated with UNIST has been highlighted on the front cover of the January 2017 issue of the prestigious journal “Analytical Chemistry”. The key finding of this study is the development of a new technique that seperates circulating tumor cells (CTCs) from whole blood at a liquid-liquid interface.

Professor Cho’s work has been selected to appear on the front cover of the Journal of Analytical Chemistry.

In the study, UNIST Professor Yoon-Kyoung Cho, one of the group leaders at IBS Research Center for Soft and Living Matter (CSLM), reported a technique to capture 95% of CTCs in the blood within one minute using a stand-alone lab-on-a-disc system equipped with Fluid Assisted Separation Technology (FAST). In this work, inspired by antifouling membranes with liquid-filled pores in nature, clog-free, highly sensitive, selective, rapid, and label-free isolation of viable CTCs from whole blood without prior sample treatment is achieved.

Circulating Tumor Cells (CTCs) are cells that have detached from a primary tumor and are carried by the bloodstream. Studies have shown that these individual cancer cells play an important role in the metastatic spread of cancer. Therefore, detecting CTCs in time can aid the early detection and monitoring of metastatic disease. However, a major setback is that the concentration of CTCs inside a blood sample is rather low. A blood volume of about 1 milliliter contains only dozens of CTCs, which makes it harder to detect. By contrast with the presence of billions of red blood cells and millions of white blood cells in the same amount of blood.

The conventional CTC detection requires complex preprocessing methods, as well as expensive blood samples. In addition, the method of using proteins on the surface of CTCs may reduce the accuracy of the test results. There was also a technique that filters CTCs, but there was a problem with clogging, which resulted in reduced separation efficiency. 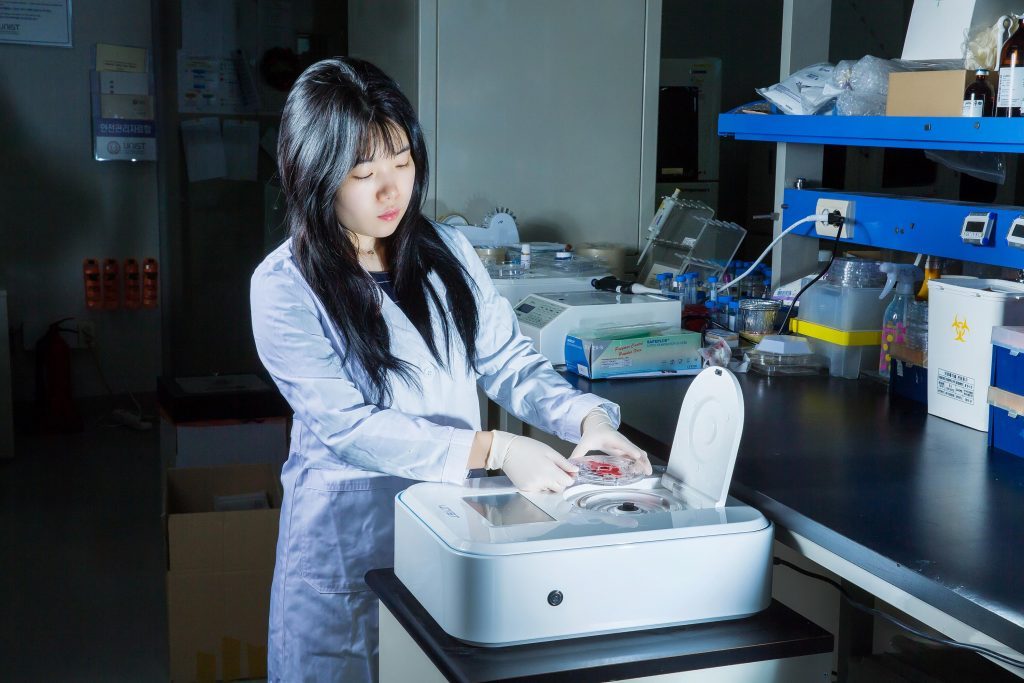 “FAST Lab-on-a-Disk is able to separate cells smoothly and efficiently by using centrifugal force-based fluid control technology,” says Minji Lim of Biomedical Engineering, a joint first author of the paper. She also emphasized that “the efficiency of separating blood cells and CTC is the highest level in the world”.

Using the technique, the researchers performed blood tests of 142 patients with various cancers and 50 healthy people and tested CTC detection performance. In particular, CTC, which was isolated from the blood of patients with lung cancer, was able to identify the same genetic information as in histologic examination. It shows that this technology can be used for molecular diagnosis or customized medical treatment. 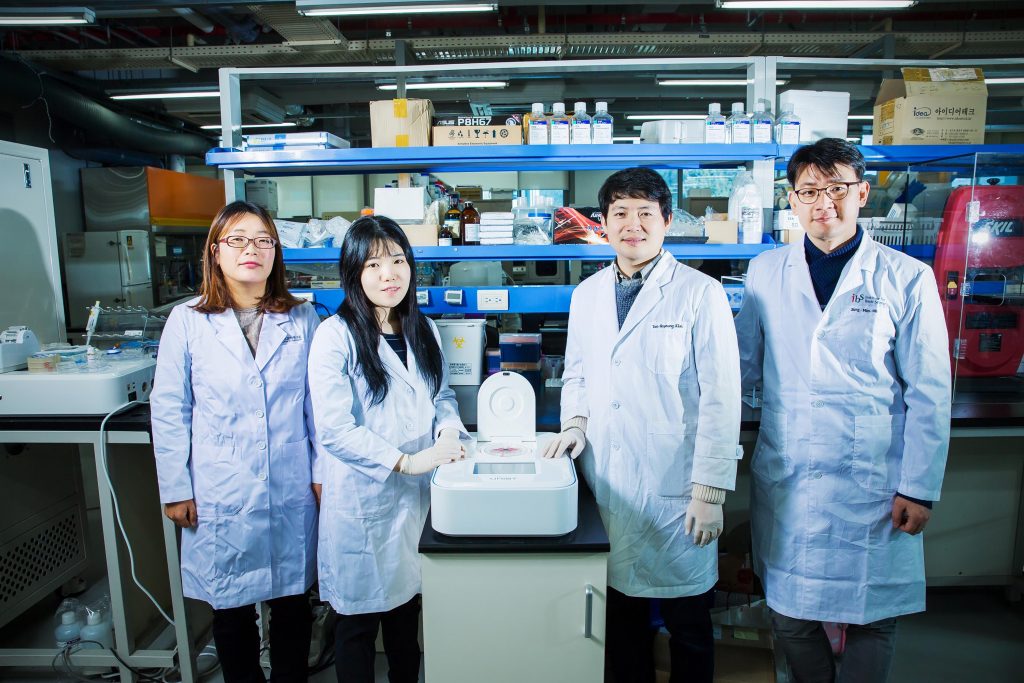 Professor Yoonkyoung Cho’s research team is posing for a group photo in their lab at UNIST. From left are Juhee Park, Minji Lim, Tae-Hyeong Kim, and Jung Min Oh.

“This technology can be directly used by hospitals because it uses small equipment and is very simple to use,” says Professor Cho. “This will enable early diagnosis of metastatic cancer as well as patient-tailored cancer treatment.”

The study has been conducted in collaboration with Professor Do Youn Park of the Pusan National University Hospital (PNUH). It has been supported through the National Core R&D Project of the Ministry of Health & Welfare and the IBS CSLM. In addition, this technology has been transferred to a domestic venture company, Clinomix and commercialized.