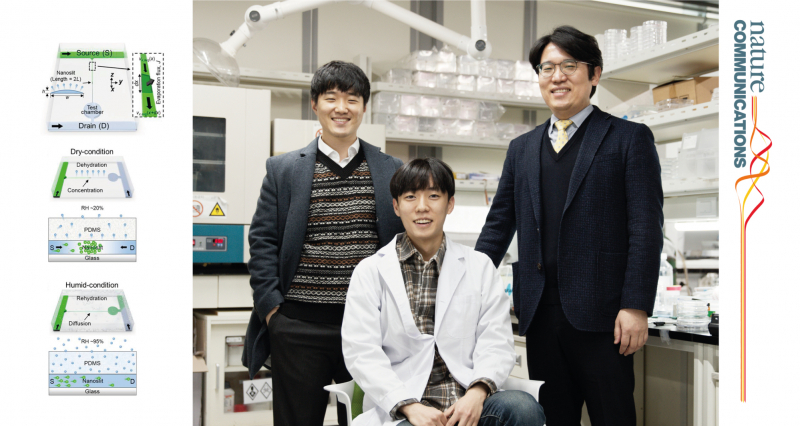 A research team, led by Professor Taesung Kim in the Department of Mechanical Engineering at UNIST presented the evaporation-driven transport-control of small molecules in gas-permeable and low-aspect ratio nanoslits, wherein both the diffusive and advective mass transports of solutes are affected by solvent evaporation through the nanoslit walls.

Their findings have been published ahead-of-print in the online edition of Nature Communication on February 26, 2021.

Microfluidic chips hold great promise for unparalleled applications in pathogen detection and cancer diagnosis. Such devices often require nanoscale thin films for the filtering of liquid samples, as well as power devices or chemical stimulus that control its flow direction. However, many challenges still remain with most precedent mechanisms, including complicated fabrication processes, limitations of materials, and undesired damage on samples.

A research team, led by Professor Taesung Kim in the Department of Mechanical Engineering at UNIST presented the evaporation-driven transport-control of small molecules in gas-permeable and low-aspect ratio nanoslits, wherein both the diffusive and advective mass transports of solutes are affected by solvent evaporation through the nanoslit walls.

Unlike the existing method, the new technique has drawn considerable attention as a multi-functional core technology that enables the active and versatile control of small molecules, such as valving, concentrating, pumping, and filtering abilities on a chip, without damaging samples.

In this study, the research team experimentally characterized the effect of evaporation flux on the mass transport of small molecules in various nanoslit-integrated micro/nanofluidic devices. Their findings showed that the transport of small molecules along the nanoslit was largely governed by the evaporation flux and nanoslit length. They also performed numerical simulations to theoretically support the experimental results with the advection and diffusion model, thereby enabling description of the transport with the nondimensionalized diffusion coefficient and evaporation flux.

They further demonstrated that evaporation-driven transport control in nanoslit-based micro/nanofluidic devices can be used as a molecule-valve, -concentrator, -pump, and -filter, showing remarkable potential for a variety of applications in micro/nanofluids. Researchers also employed their previous cracking-assisted photolithography to fabricate a global, evaporation-controlled, micro/nanofluidic device (GECMN) integrated with a gas-permeable, PDMS-based nanoslit, which permitted diffusive mass transport but suppressed pressure-driven flow via high hydraulic resistance. 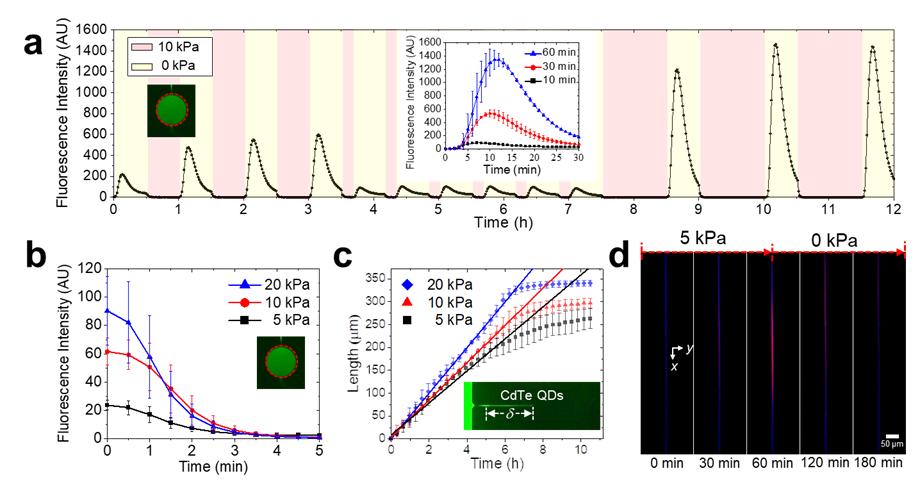 Their findings have been published in the online version of Nature Communications on February 26, 2021. This study has been supported by a National Research Foundation of Korea (NRF) grant, funded by the Korean Ministry of Science and ICT (MSIT).