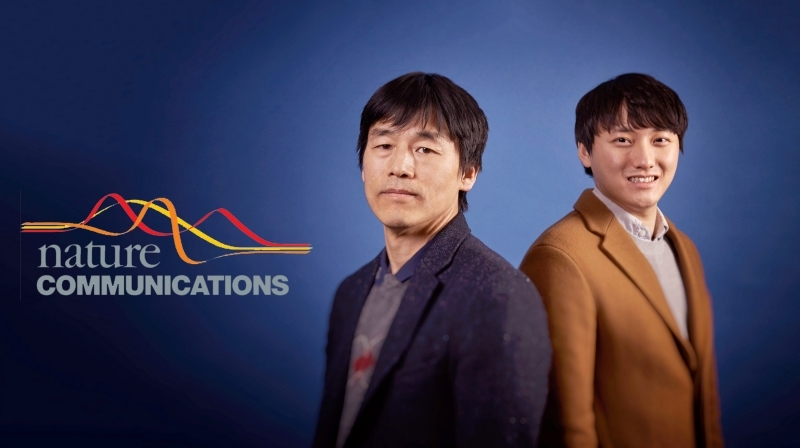 Their research findings appear in Nature Communications on February 12, 2018.

A research team, affiliated with UNIST has recently demonstrated the possibility to induce and control a magnetic response in a nonmagnetic layer material though selective excitation of specific vibration of the material, using state-of-the-art theoretical simulation tools.

This breakthrough has been led by Professor Noejung Park in the School of Natural Science in collaboration with reseachers from the Theory Department of the MPSD (Max Planck Institute for the Structure and Dynamics of Matter) and CFEL in Hamburg. In the study, the research team demonstrated that circularly polarized phonons produce a valley-dependent dynamic spin state as a result of strong spin-phonon coupling, which can be developed as a vehicle for quantum computation or spintronics applications. The findings of this study have been published in Nature Communications on February 12, 2018.

In everyday life, we experience and utilize many properties of materials: from electrical and thermal conductors/insulators to micro-/nano-electronics, telecommunications, computing, sensoring, energy conversion and tailored materials with specific mechanical, optical and magnetics properties, to name a few. Microscopically, these materials consist of electrons and nuclei, and their properties can mostly be attributed to the quantum mechanical arrangement of the electrons. Even though the atomic nucleus can also be specified by its constituent particles, such as protons and neutrons, the inner structure of the nucleus, in most cases, plays no role in determining the properties of the material. Instead, nuclei are clearly manifested through their vibration. The shape and magnitude of the vibrations, which is specifically called a phonon, are another dominating factor determining the material’s properties besides the charge and spin of the electrons.

Nowadays researchers have focused on elemental structures of materials with the aim of ultimately miniaturizing magnetic units or electronic devices. Graphene, the carbon single layer, and the monolayer of transitional metal dichalcogenide (TMDC) are prime examples in this perspective. Whether the spins in these two-dimensional (2D) materials can be aligned to form a magnet or how sensitively they are affected by phonons have remained as an important question. In their study, taking MoS2 and also other TMDCs as sample material, the research team studied how the spin structure can be changed by the presence of a phonon. Extensive supercomputing calculations of quantum mechanical equations showed that, when a material has strong coupling between the spin and orbital state of its electrons, a particular phonon can derive a spin dynamic in a similar way as a rotating magnetic field does.

This effect relies on a fundamental concept of theoretical physics called symmetry breaking. Especially in crystals the symmetries of the arrangements of atoms play a decisive role, and breaking one of them often brings dramatic changes in the properties of the material. The symmetry of a system does not only involve space, but can also be extended to time. In what is called time-reversal symmetry, the observed physics would be the same if we go forward or backwards in time. For example, in a video of two colliding billiard balls, you cannot tell whether the video is running forward or backward because of the symmetry. However, in the presence of a magnetic field, the motion of the electrons cannot be cheated in this way because its forward-moving state is no longer symmetric to that of backward-moving.

Instead of a magnetic field, many researchers have recently used a circularly polarized photon, or a rotating state of light, to break the time-reversal symmetry. In their study, instead of a photon, they used the rotating motion of atoms in a crystal, i.e. the circular phonon, as a new type of time-reversal breaking mechanism. The research team showed that such phonons can be compared to the presence of the magnetic field and can be used for fast manipulation of magnetic units of elemental 2D materials.