Prof. Sang-Young Lee in the School of Chemical Engineering at UNIST.

Design breakthrough: Any form of batteries on any objects

On July 15, a team of reseachers at UNIST, led by Prof. Sang-Young Lee have discovered a new class of printable solid-state Lithium-ion batteries (as referred as PRISS Batteries) that can exist on almost any surface.

According to the research team, conventional rechargeable batteries come in fixed shapes and sizes, which have intrinsic limitations in fulfilling design and performance requirements for the flexible and wearable electronic devices. However, unlike traditional battery technologies, PRISS batteries use paste-type electrolyte cells and the electrodes of a slurry, which can be printed on to the surface of almost any objects.

Prof. Lee states, “All battery components, such as cathodes, anodes and electrolytes, can be printed on arbitrary objects of complex geometries, thereby enabling the seamless integration of shape-conformable solid-state rechargeable batteries with various form factors into complex-shaped objects.” 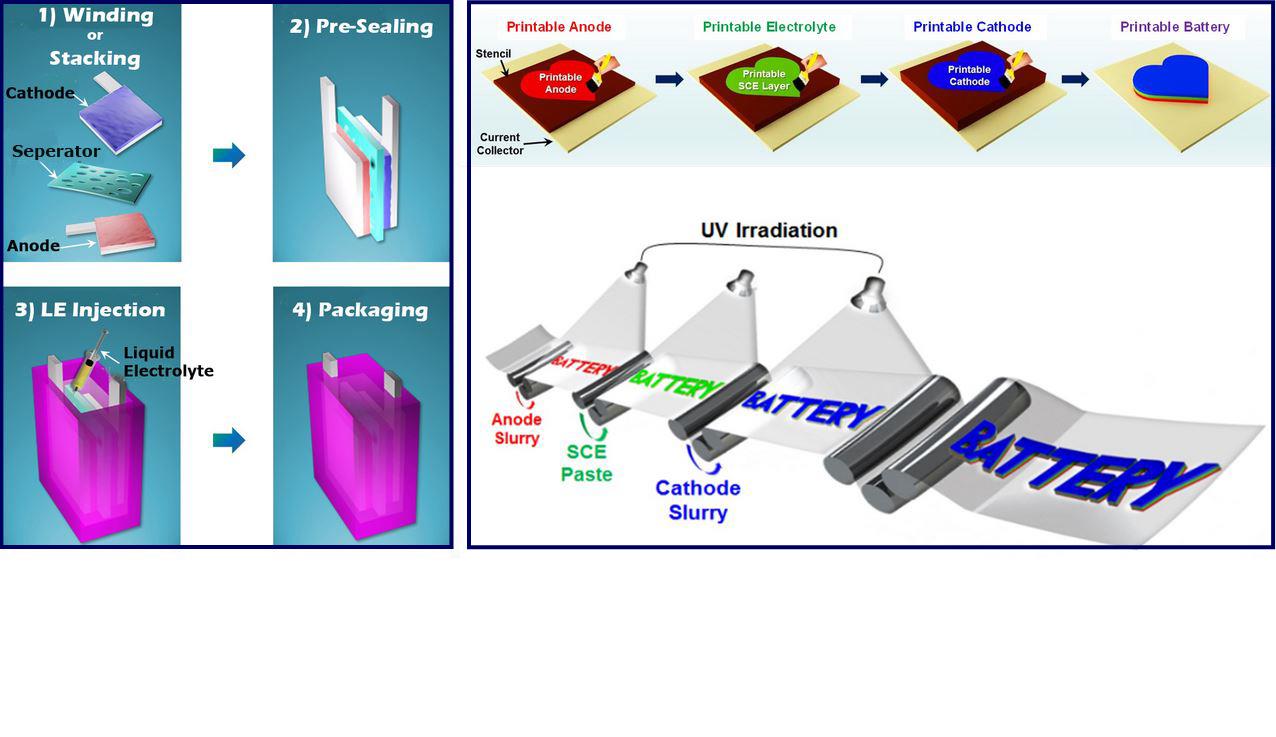 He continues by saying, “We envision that the printable battery presented herein holds a great deal of promise for potential use in forthcoming wearable electronics and IoTs (Internet of Things), which eventually removes pre-designated battery space with fixed dimension and shape.”

To demonstrate the practicality of their work, Prof. Lee’s team successfully printed a heart-shaped PRISS cell on a transparent glass cup with a curvilinear surface and another square-shaped Li-ion battery on a pair of paper glasses.

Moreover, when tested, the performance of these printed batteries were far more superior than conventional Li-ion batteries. According to the team, these batteries shown to have a 90 percent capacity retention after 30 cycles, with no significant loss in charge or discharge capacities. 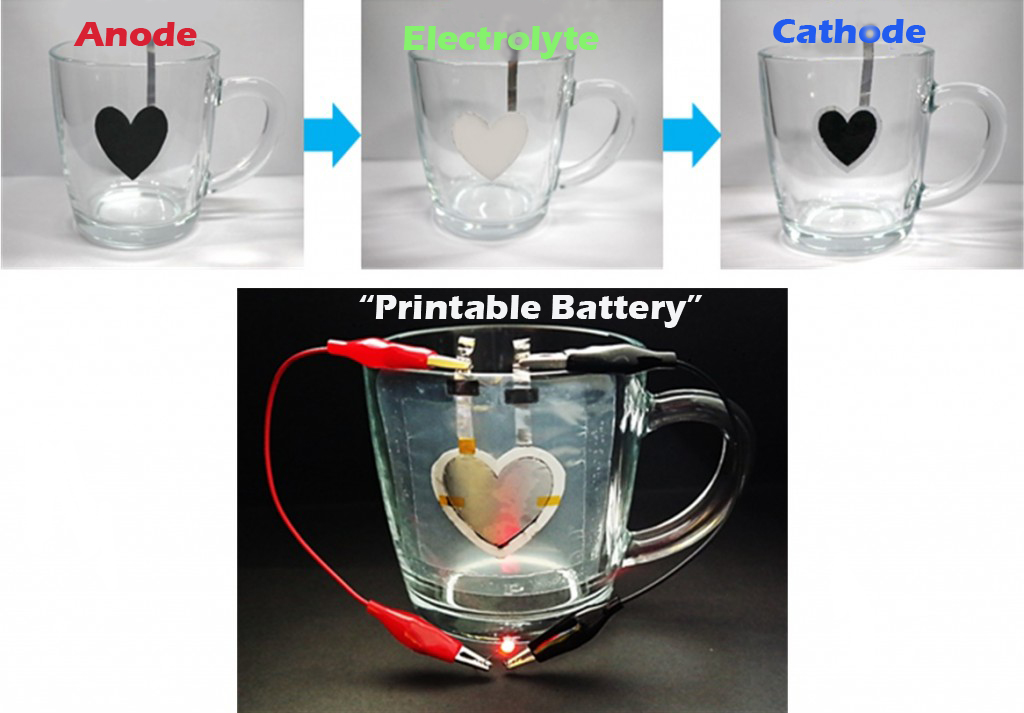 New technique, developed by Prof. Sang-Young Lee’s research team can make it possible to print batteries on any surface. The above image shows direct fabrication of a heart-shaped PRISS cell on a transparent glass cup with curvilinear surface.

Prof. Lee’s work has been supported through the BK21 Plus Support Projects from the Ministry of Education and these findings appear in the July issue of Nano Letters. His work has been also supported by Basic Science Research Program through the National Research Foundation of Korea (NRF), funded by the Ministry of Science, ICT and future Planning.