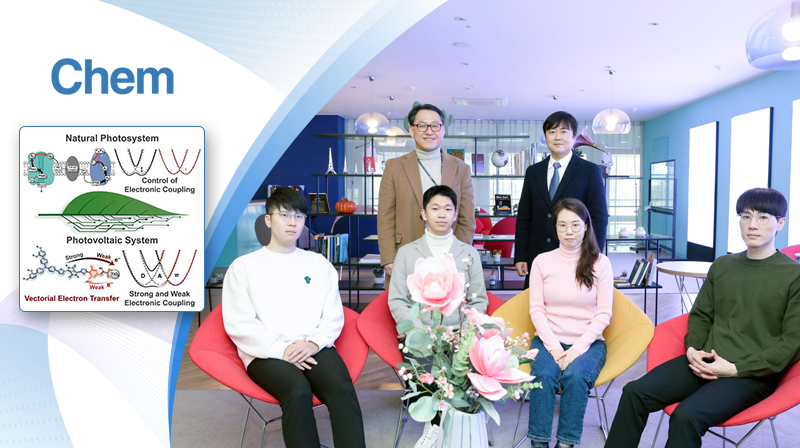 Their findings have been published in the February 2022 issue of Chem, a sister journal to Cell.

A research team, affiliated with UNIST has unveiled a new solar cell manufacturing technique that can produce cells with up to 60 percent more electron transfer efficiency than conventional cells by inducing an ideal electron flow process, called vectorial transfer. The new technique allows photovoltaic cells to control electron flow in one desired direction to reduce the loss of electrons during power generation.

This breakthrough has been jointly led by Professor Tae-Hyuk Kwon and Professor Oh-Hoon Kwon in the Department of Chemistry at UNIST. Researchers said in a statement that a joint team involving researchers from UNIST and Japan’s Shinshu University developed a technique to create more efficient solar cells using a specially designed dye that has both strong and weak electronic coupling characteristics to minimize the electron recombination phenomenon.

Solar cells using the dye showed a maximum photovoltaic efficiency of 10.8 percent, which is about 60 percent more efficient than conventional cells. The rate of recombination was about 12.5 percent compared to ordinary photovoltaic cells. “The molecular design strategy developed in this study can be applied not only to solar cells but also to various fields such as artificial photosynthesis and photocatalysts,” said Professor Kwon.

The findings of this research have been published in the March 2022 issue of Chem, a sister journal to Cell.