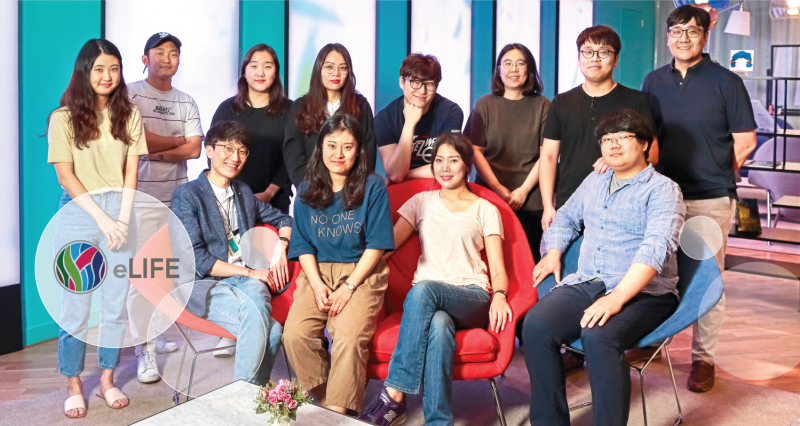 Their findings have been published in eLife on July 17, 2019.

Caffeine is a naturally occurring substance, found in more than just coffee. It can be found in tea, sodas, chocolate, and even some medications. Excessive caffeine consumption, however, may have a negative impact on the quality of your sleep. Then, what are the foods that encourage a restful slumber?

A research team, led by Professor Chunghun Lim in the School of Life Sciences at UNIST has identified the sleep-promoting effects of dietary threonine, as well as its neurobiological principle. This could lead to the possibility of treating sleep disorders with amino acid dietary control.

Sleep is an important part of the daily life cycle of most animals, including humans. Yet, it is influenced by many physical and environmental factors. For instance, you may have drowsiness after eating or you may not sleep well when you are hungry. 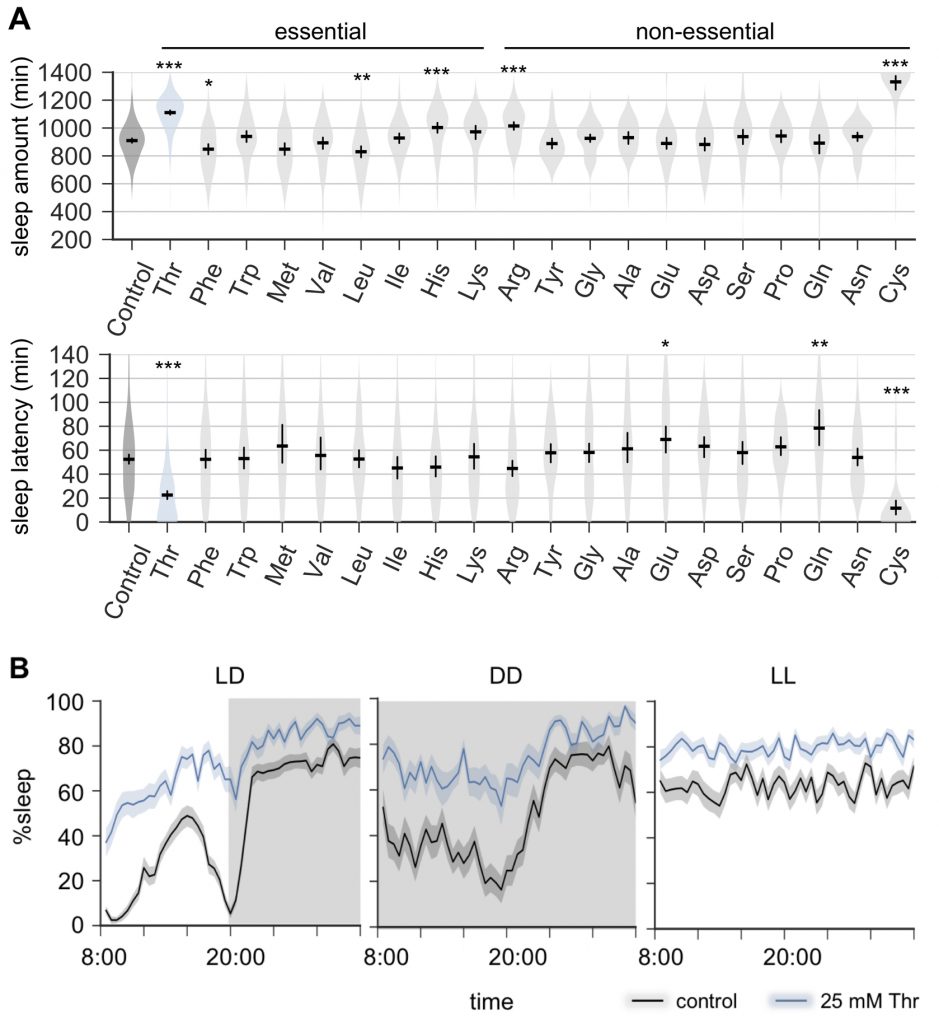 Figure 1. Dietary-threonine-promotes-sleep-and-facilitates-sleep-onset. (Top) A graph, showing the amount of sleep per day and the amount of sleep latency in fruit flies that ingested 20 amino acids, respectively. In the case of cysteine (Cys), the activity of fruit flies decreased due to toxicity, and among these 19 amino acids, the sleep promoting effect by threonine is the largest. (Bottom) A graph showing the sleep time of fruit flies on a 24-hour basis. Drosophila fed threonine increases sleep time with or without light. L (light); D (no light).

In this study, Professor Lim has verified the possibility that certain food intake is responsible for the regulation of sleep by examining the sleep behaviors in transgenic Drosophila. To do this, the team analyzed sleep changes in fruit flies that consumed 20 amino acids each and discovered that dietry threonine acts as a specific amino acid to induce sleep. As a result, the threonine-fed flies displayed shorter latency to sleep onset than the ones that received no threonine.

The study also revealed that threonine affects the signaling of brain neurons. Thus, the high intake of threonine reduces the amount of gamma-AminoButyric acid, a neurotransmitter that inhibits neuronal activity, and signals through the metabotropic GABA receptors in key brain areas that promote sleep. Weakens. As a result, one falls asleep quickly and sleeps longer. 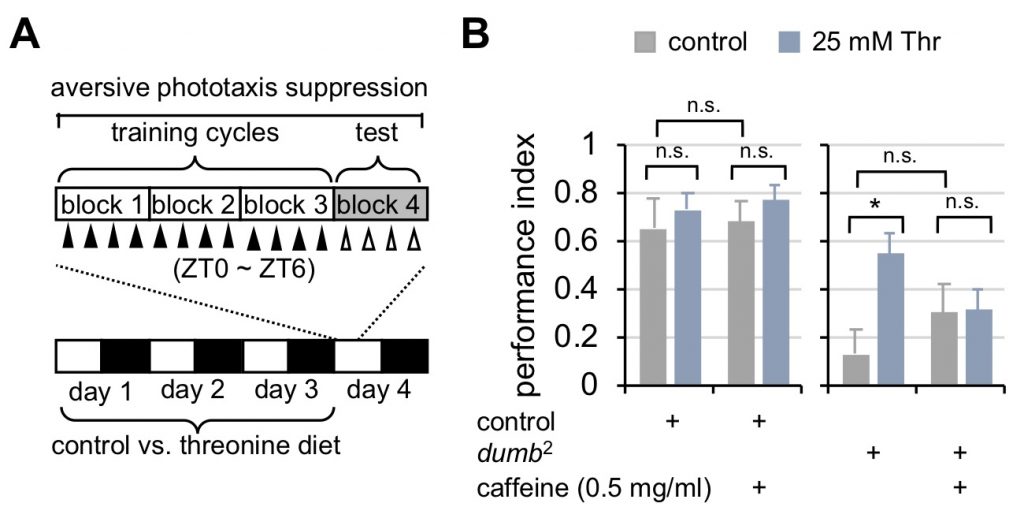 “Sleeping generally improves memory, but when the mutant fruit flies with memory disorders are fed with threonine to increase their sleep time, their memory becomes noticeably better,” says Yoonhee Ki in the School of Life Sciences at UNIST, the first author of the study. Sleep induced from threonine ingestion has proven to be a physiological sleep effect, not just to render an animal unconscious.

Prior to this, Professor Lim, in collaboration with Professor Joonho Choe in the Department of Biological Sciences at KAIST, nces, Choi Jun-ho, investigated the amino acid sleep inhibition of serine and published their findings in the journal, Proceedings of the National Academy of Sciences (PNAS) in 2018. Their study revealed that when hungry, the synthesis of the amino acid serine in the brain increases, thus activating neuronal signaling pathways through acetylcholine, which inhibits sleep.

“The study highlights the importance of amino acid metabolism in brain neurons as a new regulator of sleep,” says Professor Lim. “It is expected to help develop a new paradigm for sleep disorders, rather than a drug that causes artificial side effects on the central nervous system.”

This study has been supported by the Young Investor Supporting Program of Suh Kyung-bae Science Foundation (SUHF), as well as the support of the X-project and the Science Research Center (SRC) project by the National Research Foundation of Korea (NRF). Their results have been published in the July 2019 issue of eLife, the internationally-renowned scientific journal for the biomedical and life sciences.