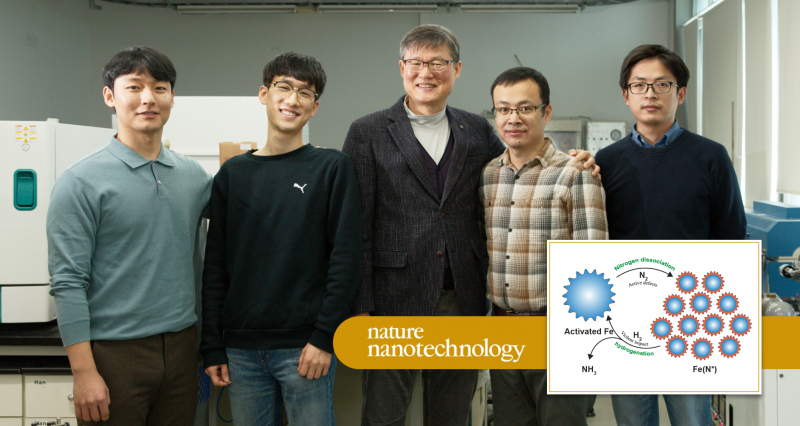 Their findings have been published in the December 2020 issue of Nature Nanotechnology.

Ammonia (NH3), which is used in many industrial processes, is mainly produced by the Haber–Bosch process at high temperatures (~500°C) and pressures above 100 bar, which cannot be performed under ambient conditions for kinetic reasons. A recent study, affiliated with UNIST has unveiled a new synthesis route of NH3 synthesis using the mechanochemical ball-milling process. Published in the December 2020 issue of Nature Nanotechnology, this breakthrough has been led by Professor Jong-Beom Baek and his research team in the School of Energy and Chemical Engineering at UNIST. 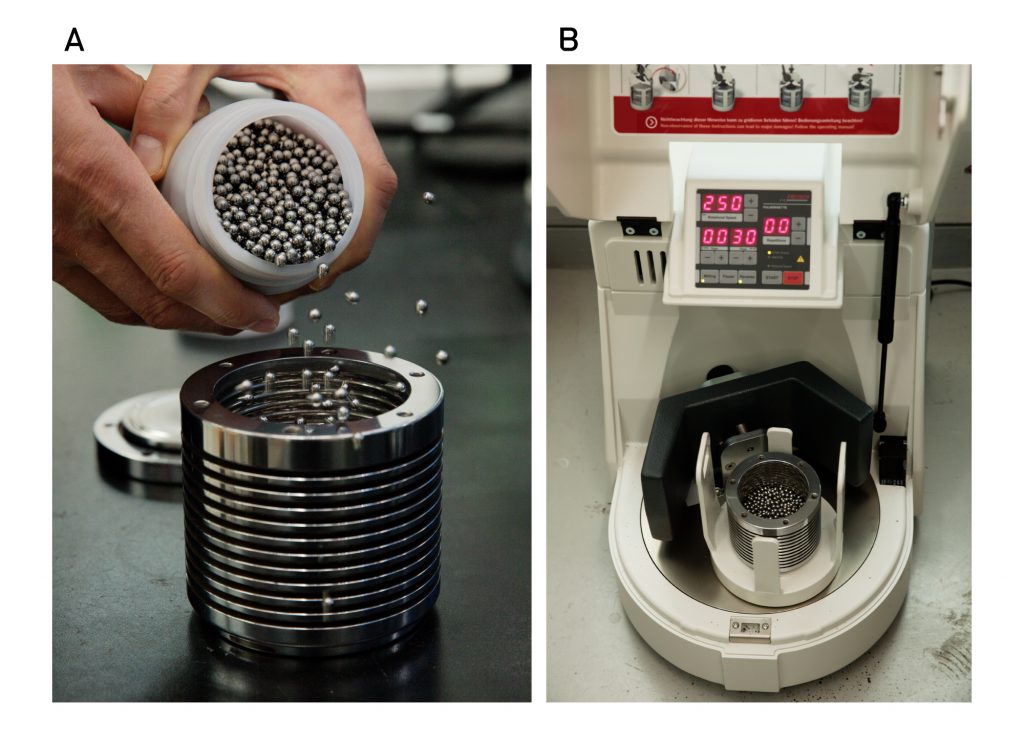 In this study, the research team has succeeded in synthesizing ammonia under mild conditions, as low as 45 °C and 1 bar via ball milling, using iron powder as the catalyst. The entire synthesis process can be divided into two steps: nitrogen dissociation and subsequent hydrogenation, noted the research team. During the ball milling process, the iron (Fe) powders are put into the hollow shall/vial along with the grinding media (balls), while nitrogen (N2) and hydrogen (H2) gases are being injected in turn.

“In the first step, stable N2 is adsorbed and dissociated into atomic nitrogen on the defects of the iron particles [Fe(N*)], where Fe(N*) denotes nitrogenated iron particles. The low-coordinated defects, which are created by repeated collisions during ball milling, are considered highly active for nitrogen dissociation. In the next step, N* is hydrogenated into NHx* species (x = 1–3). With the aid of additionally transferred energy, the strongly adsorbed NHx* species are subsequently detached from the iron surface. Finally, the product ammonia is released,” noted the research team. 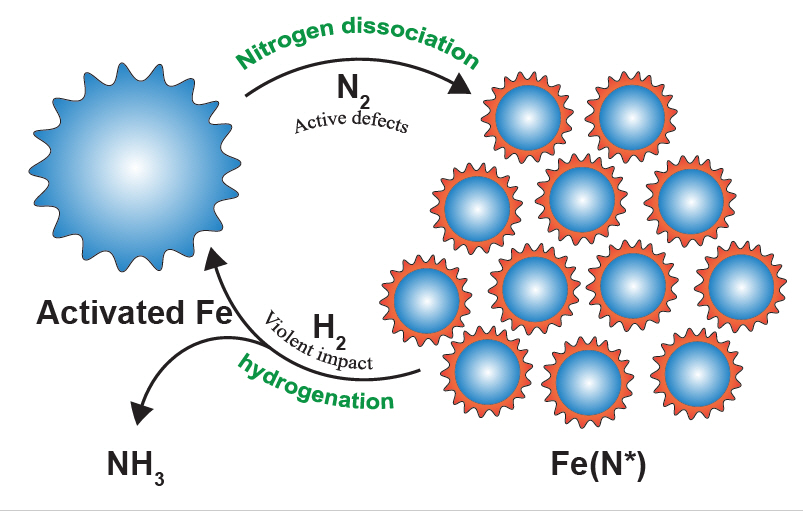 Figure 2. The ammonia synthesis cycles can be divided into two steps: nitrogen dissociation and hydrogenation. The active defects on the surface of the activated iron, created by repeated collisions, are highly primed for nitrogen dissociation. In the hydrogenation step, the violent impact produces additional energy, which facilitates the desorption of strongly adsorbed NHx (x = 0–2) intermediates. In the cycles, the iron catalyst behaves something like a smart material, as the size of the catalyst is tuned automatically. The big iron particles can generate more defects via cracking and the small Fe(N*) can adsorb more N*.

With this process, the research team achieved a final ammonia concentration of up to 82.5 vol%,  which is much higher than the state-of-the-art Haber–Bosch process (25 vol% at 450 °C, 200 bar) and the electrochemical method (10–2,900 ppm, that is 0.6–170 μM in the electrolyte). According to the research team, the mechanochemically induced high defect density and violent impact on the iron catalyst were responsible for the mild synthesis conditions.

The major advantage of this method is that it allows on-site manufacturing on a flexible scale, and near the point of consumption, unlike the existing ammonia synthesis that requires centralized reactors on a very large scale. This will significantly reduce the cost of ammonia liquefaction, storage, and transport, together with the basic cheapening of the iron catalyst due to the low iron price. Besides, unlike the existing Haber-Bosch process, the new method is free of carbon dioxide (CO2) emissions.

Ammonia (NH3) is one of the largest-volume industrial chemicals synthesized in the world. It has a wide range of uses, but the majority of ammonia produced is used in agriculture as a fertilizer. It can also be used in the manufacturing of plastics, explosives, textiles, pesticides, dyes, and other chemicals. The estimated global production of ammonia is approximately 140 million metric tons and is projected to increase even more since ammonia has recently been considered as a potential medium for hydrogen storage. Despite such exciting potential, the most commonly utilized ammonia production method is still the Haber-Bosch process, which has been practically unchanged for the past 100 years.

“The energy consumption needed to produce one tonne of ammonia is 4.5 × 1012J, which is competitive in comparison with the Haber–Bosch process at the laboratory scale. However, it is substantially higher than the state-of-the-art Haber–Bosch process at the industrial scale,” noted the research team. “Since the mechanochemical method for ammonia synthesis is still in its infancy, there should be a large scope for improving these metrics by further enhancing the catalytic performance as well as optimizing the reactor architecture.”

The findings of this research have been published in the December 2020 issue of Nature Nanotechnology. This work has been supported by the Creative Research Initiative and the Science Research Center programs through the National Research Foundation (NRF) of Korea, the U-K Brand Project of UNIST, and the National Natural Science Foundation of China.