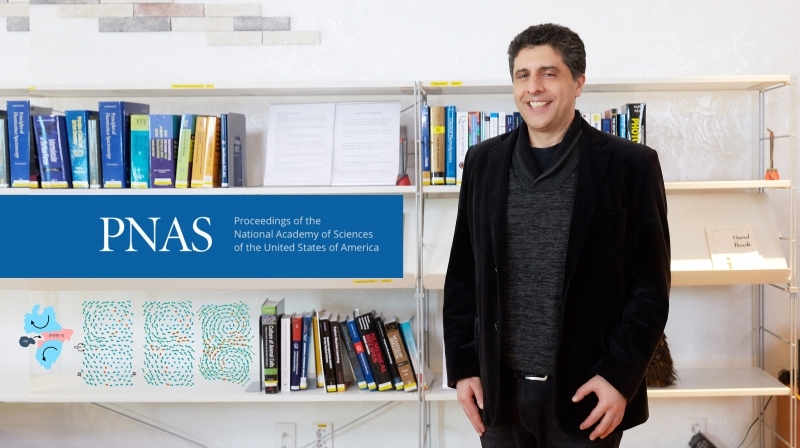 The work by Professor Tlusty has been published in the May issue of PNAS.

Researchers have designed a model to explain how evolution can shape flexible, functional proteins.

An international team, affiliated with UNIST has designed a model that simulates protein evolution. Starting from stiff, unfunctional proteins, the computer model shows how evolving protein components can work together to give rise to dynamic and efficient molecular machines. Flexibility allows proteins to change their 3D conformation to bind other molecules: this property is crucial to their function.

This breakthrough has been led by Distinguished Professor Tsvi Tlusty and Dr. Sandipan Dutta from the Center for Soft and Living Matter, within the Institute for Basic Science (IBS) at UNIST, in collaboration with Professor Albert Libchaber from Rockefeller University and Professor Jean-Pierre Eckmann from University of Geneva. 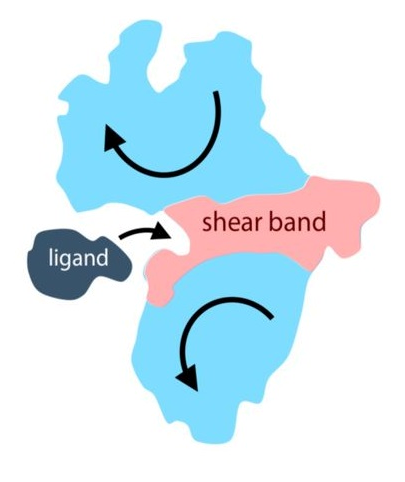 In the study, the team has mimicked gene evolution to obtain proteins that can bend and bind to other molecules. Understanding of this relation is one of the most highly sought-after aspects of protein biology; it could help to explain pharmaceutical action of drugs binding to their targets.

Evolution has shaped the living world we see around us for billions of years. Zillions of proteins work harmoniously to keep these life processes going. They are responsible for the smooth functioning of any organism: they recognize other molecules (ligands), bind to them and convert them. Others have transport function, provide structure, and support to the cells. Genes store the information about the production and design of these molecular machines. However, despite decades of research, drafting the “map” that draws the path from genes to protein function is not trivial.

According to a recent hypothesis, protein function relies on “flexible joints.” This study, published in Proceedings of the National Academy of Sciences (PNAS), examines the link between function and flexibility by modelling proteins like elastic networks. In this model, proteins are made of flexible (polar) and rigid (hydrophobic) amino acids connected by molecular “springs”. If some regions of the protein are flexible enough, they form a “floppy” channel, and the entire molecular machine can bend like a hinge. This motion allows them to bind effectively to other molecules. The binding between a ligand and a stiff or flexible protein can be thought as a ball landing on a rock or a soft pillow. The ball is likely to bounce away after hitting the rock, but the pillow is more likely to accept it. Therefore, the flexible protein is a better binder.

In this model, genes store the details of the protein design in a binary fashion: flexible amino acids are stored as zeros and rigid amino acids as ones. As a result, the entire protein structure can be simplified as a code, like 11110001…111, similar to the digital memory of a computer. However, not all codes give rise to functional proteins, for example a code with only ones: 111111….1111, would give rise to an entirely stiff protein, unable to move, and non functional. Among all possible codes, only some produce a functional protein with a “floppy” region in the center that can welcome the ligand. 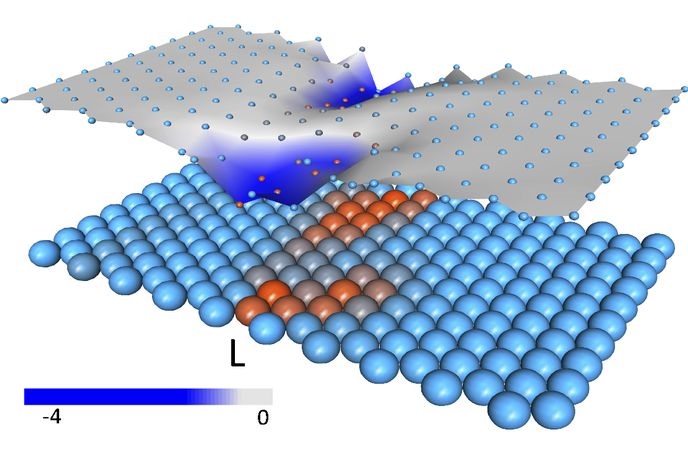 What does a “functional” code look like? The answer is not straightforward. In fact, the number of codes of a functional protein, even a simple protein, is enormous, larger than the size of the universe. However, using techniques of data analysis, it is possible to search for hidden patterns in all functional codes to look for some unifying characteristics. For example, the “floppy” channel in the protein has interesting and peculiar features, and a: mutation at one end of the channel has long-range effects: whichit can strongly affect the maintenance of mutations of other distant amino acids.

“In the future, we plan to explore how to apply this study to real proteins, like kinases, ” said Group Leader Tsvi Tlusty Group Leader, a correspondent in the study. “Moreover, the study opens avenues to investigate the evolution of other protein functions, like molecular recognition. Using huge databases, which have been developed through years of research, can probably uncover some underlying phenomena on the evolution of proteins.”