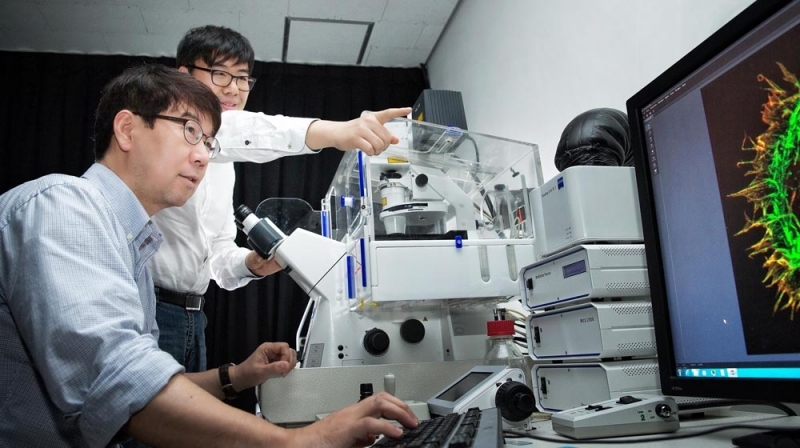 Providing unique insights into the mechanisms of many neurologic disorders.

An international team of researchers, affiliated with UNIST has pinpointed one common molecular mechanism that may protect people with Down syndrome and other intellectual disabilities.

This breakthrough research has been led by Prof. Kyung-Tai Min (School of Life Sciences) and his research team at UNIST. The results of the study have been appeared in the May 23rd issue of JCB (Journal of Cell Biology), a world renowned academic journal in the field of cell biology.

In the study, the team investigated the functioning process of the protein Down syndrome critical region 1 (DSCR1). They found that DSCR1 plays a crucial role in understanding the underlying cellular and molecular networks in dysfunctional neurons affecting distinct brain functions.

Prof. Min states, “Because DSCR1 has been associated with various clinical manifestations in Down syndrome, as well as in Alzheimer’s disease, investigating the many roles of DSCR1 in neurons could shed new insights into the cellular and molecular mechanisms underlying developmental defects found in various neurologic disorders.”

Further experiement showed that both the absence and overexpression of DSCR1 are believed to inhibit normal brain development, which is the evidence that DSCR1 is necessary for axon development.”

Schemic image, showing DSCR1 is necessary for axon development. In experiments on mice, ones that lack DSCR1 showed the impeded axonal growth cone turning in neurons, as well as the delayed axon development.

The research team further explained that Down syndrome seemed to occur the most when DSCR1 gene was markedly abundant, and also discovered an interactive relationship between the gene for protein DSCR1 and genes of proteins that cause other mental disabilities.

This work has been supported by the Brain Research Program through the National Research Foundation of Korea, funded by the Korean Ministry of Science, Information and Communications Technology, and Future Planning.