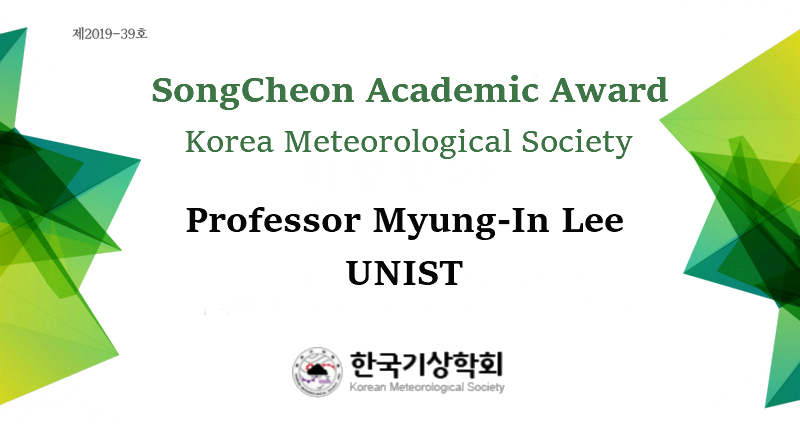 Professor Myong-In Lee (School of Urban and Environmental Engineering, UNIST) has been honored with the 2019 SongCheon Academic Award, given by the Korean Meteorological Society (KMS).

Professor Myong-In Lee has been given the Song-Cheon Academic Award by the Korean Meteorological Society.

Professor Myong-In Lee in the School of Urban and Environmental Engineering at UNIST has been honored with the 2019 SongCheon Academic Award, given by the Korean Meteorological Society (KMS). This award has been given to Professor Lee in recognition of his contribution to science and technology through his work in the field of climate prediction and climate projection.

The Korean Meteorological Society held an awards presentation ceremony to commend and recognise all those SongCheon Academic Award recipients. The ceremony was held in Gyeongju Hwabaek International Convention Center (HICO), as part of the 2019 Assembly Meeting and Fall Annual Conference, which was held from October 30 to November 1, 2019. 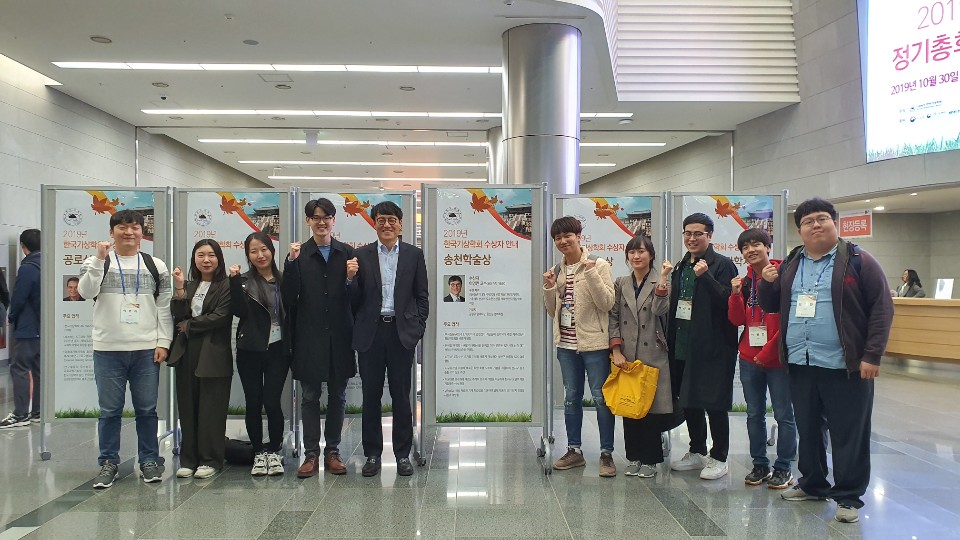 The awards presentation ceremony was held at the 2019 Assembly Meeting and Fall Annual Conference on October 30, 2019.

Given annually by the Korean Meteorological Society, the SongCheon Academic Award is presented to climate scientists and meteorologists who have published high-impact papers in prestigious journals in the fields of atmospheric and climate dynamics at home and abroad over the last five years.

Professor Lee has been given high praise for presenting new research that could significantly contribute to the prediction of typhoons in the Northern Hemisphere, as well as the studies on the heat wave characteristics over the Korean peninsula and the mechanisms of upper atmosphere teleconnection over East Asia.

“With the unusually long heat wave, plaguing the Korean Peninsula, the consequences of climate change are already here, thus accurate and reliable predictions of climate change is needed urgently,” says Professor Lee. “This award motivates me to continue my research in coping with the changing climate.” 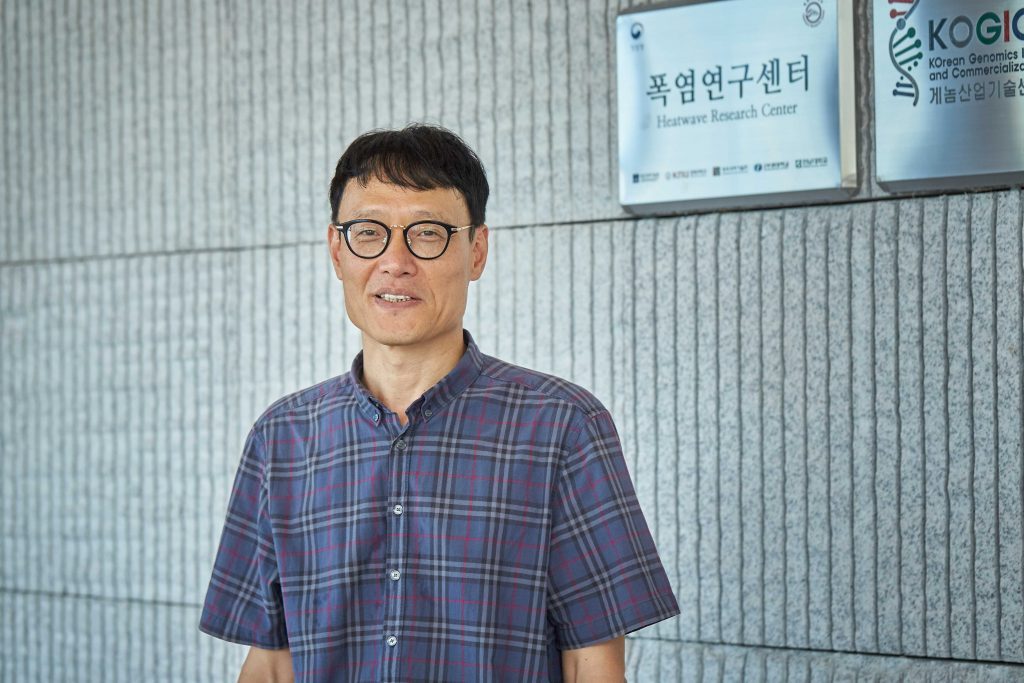 Professor Myung-In Lee, Director of UNIST Heatwave Research Center since 2017, is an acknowledged expert on climate change and metrological disaster. His current research interests include climate phenomena, like the Arctic Oscillation, used in seasonal climate predictions. Professor Lee has been also elected as a member of American Meteorological Society since 2008 and served on the international organizing committee for the Asian Conference on Meteorology 2017. Besides, he has contributed greatly to strengthening the global positioning of South Korean atmospheric science by organizing the ‘International Conference on Meteorological-Ocean-Cryosphere MOCA-21 in 2021′. In recognition of his outstanding contribution to climate change research, he was given the Presidential Commendation at the annual celebration of the World Meteorological Day.