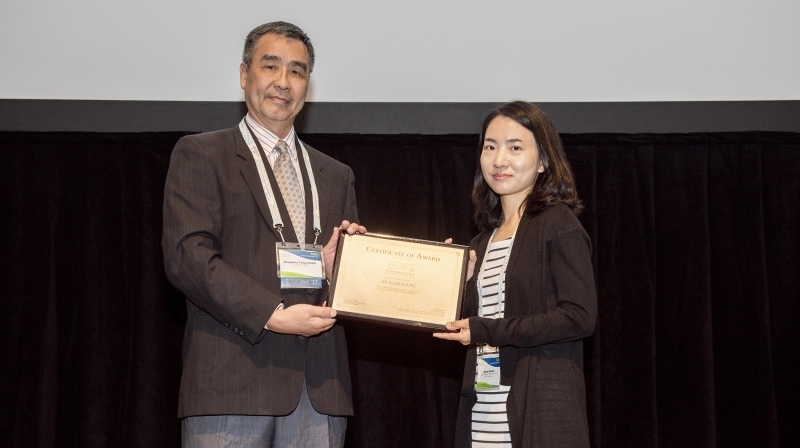 Professor Kang was recognized for her pioneering contributions to the atmospheric sciences.

Sarah Kang, Professor in the School of Urban and Environmental Engineering at UNIST received the 2018 AOGS Kamide Award, becoming the the first Korean-American scientist to earn the prestigious award. The award ceremony took place at the 15th Annual Meeting for AOGS 2018, which was held from June 4 to 8 in Hawaii Convention Center in Honolulu, Hawaii, USA.

The Kamide Award is given annually by the Asia Oceania Geosciences Society (AOGS), an international gathering that brings with it great opportunities for various geosciences fields to engage and exchange academic information, research findings and developments. The award is named after Professor Yohsuke Kamide, one of three major founders of AOGS.

Every year, AOGS nominates Early Career Distinguished Lecturers (ECR-DLs) from 8 fields of geoscience. Out of the present distinguished lecturers in each AOGS section, one will be selected by the AOGS council for the “Early Career Researcher Award” in the following year and will be, then, presented with the “Kamide Award“. 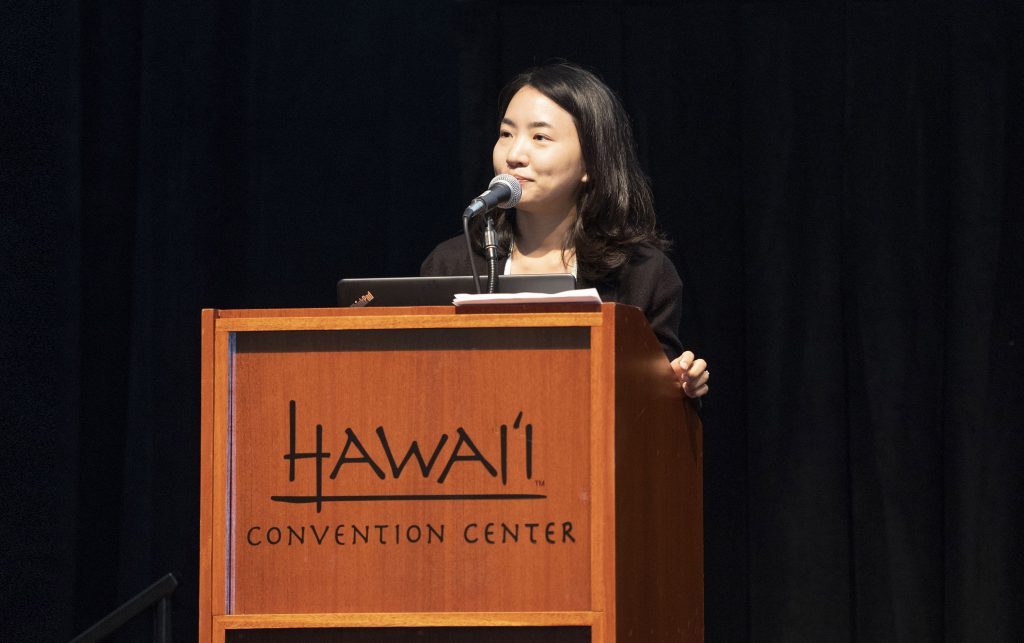 Professor Sarah Kang is presenting her acceptance speech at the 15th Annual Meeting for AOGS 2018.

Professor Kang has been given the award in recognition of her pioneering contributions to the atmospheric sciences in 2017. The award credited her for identifying the mechanisms of high-latitude climate change on tropical precipitation. Until the early 2000s, the climate change in high latitude zones and low latitude zones have been studied separately. Professor Kang has recently presented a new insight into the dynamics of past climate change through the identification of a correlation between these two regions. This work has been evaluated as a new pioneering discovery, as it blazed a trail in the field of climate dynamics.

“I am deeply honored, to be the recipient of this prestigious award,” says Professor Kang. “This award also serves to remind me that there is still so much to discover.”

Professor Sarah Kang received the B.S. degree in Atmospheric Sciences from Seoul National University, Korea and the Ph.D. degree in Atmospheric and Oceanic Sciences from Princeton University, United States. She joined the School of Urban and Environmental Engineering at UNIST in 2011. Prior to joining UNIST, Professor Kang served as a postdoctoral fellow at Columbia University, United States. Professor Kang has recently been also appointed to the new panel member of the Climate Dynamics Panel (CDP). Among the 12 professionals named to the 2018 cohort, Professor Kang is the only scientist, affiliated with a South Korean research institute.