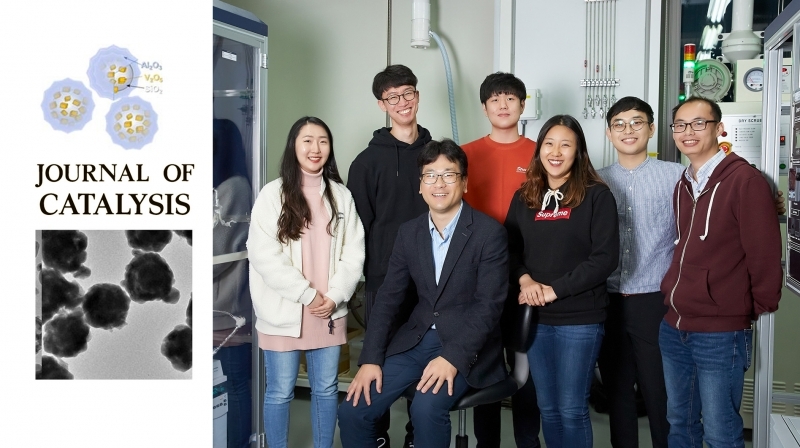 Professor Kwang-jin Ahn (center) and his team in the School of Energy and Chemical Engineering at UNIST. From left are Jihyun Lee, and Dr. Chinh Nguyen-Huy.

Their findings have been published in the prestigious journal, Journal of Catalysis on October 19, 2018.

The primary component of natural gas, methane, is itself a potent greenhouse gas. A recent study, affiliated with UNIST has unveiled a high performance catalyst for methane conversion to formaldehyde.

In this work, the team has presented an excellent ‘methane oxidase catalyst’ consisting of nanomaterials. This material has a stable structure and high reactivity at high temperatures, increasing the efficiency of converting methane to formaldehyde more than twice as much as before.

Methane, like petroleum, can be converted into useful resources through chemical reactions. The main ingredient of shale gas, which is attracting attention in the US in recent years, is methane, and the technology to make high value-added resources with this material is also recognized as important. The problem is that the chemical structure of methane is so stable that it does not easily react to other substances. So far, methane has been used primarily as fuel for heating and transportation.

A high temperature above 600 ° C is required to effect a reaction that changes the chemical structure of methane. Therefore, a catalyst having a stable structure and maintaining reactivity in this environment is required. Previously, vanadium oxide (V2O2) and molybdenum oxide (MoO3) were known to be the best catalysts. When these catalysts were used, the formaldehyde conversion of methane was less than 10%. 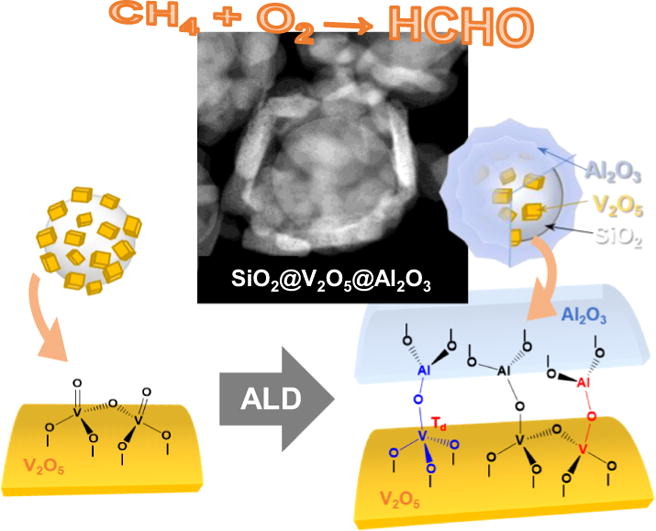 Professor Ahn made a catalyst that could convert methane to formaldehyde using nanomaterials. Formaldehyde is a useful resource widely used as a raw material for bactericides, preservatives, functional polymers and the like.

The catalyst has a core-shell structure consisting of vanadium oxide nanoparticles surrounded by a thin aluminum film, with the aluminum shell surrounding the vanadium oxide particles. The shell protects the grain and keeps the catalyst stable and maintains stability and reactivity even at high temperatures.

In fact, when the catalytic reaction was tested with this material, vanadium oxide nanoparticles without aluminum shells had a structural loss at 600 ° C. and lost catalytic activity. However, nanoparticles made from core-shell structures remained stable even at high temperatures. As a result, the efficiency of converting methane to formaldehyde increased by more than 22%. It turned methane into a useful resource with more than twice the efficiency.

“The catalytic vanadium oxide nanoparticles are surrounded by a thin aluminum film, which effectively prevents the agglomeration and structural deformation of the internal particles,” says Euiseob Yang from the Department of Chemical Engineering at UNIST partook as the first author of this study. “Through the new structure of covering the atomic layer with nanoparticles, Thermal stability and reactivity at the same time.” 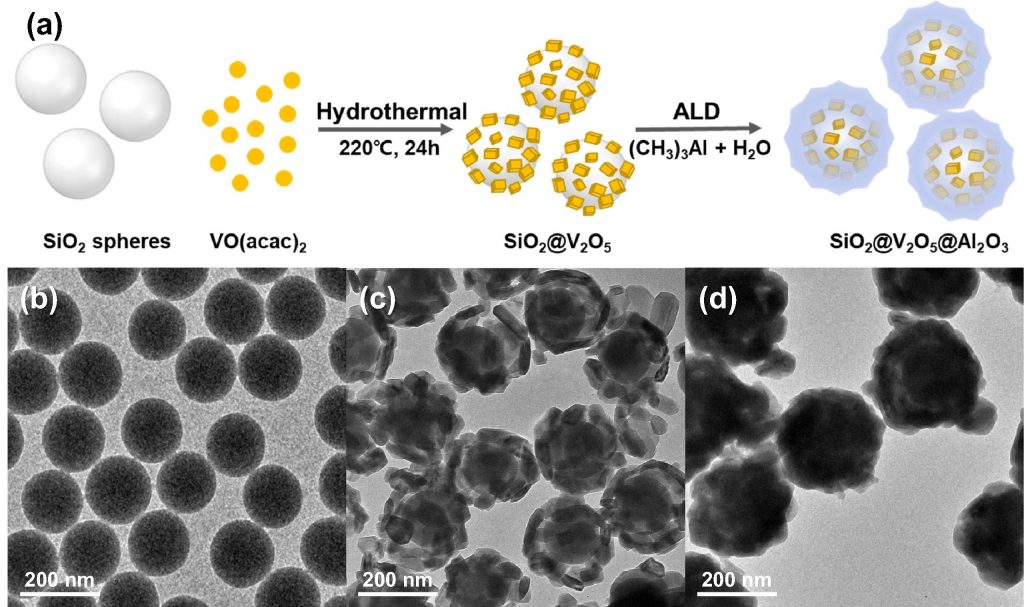 This research is particularly noteworthy in terms of improvement in the catalyst field, which has not made great progress in 30 years. The catalytic technology to produce formaldehyde in methane has not made much progress since it was patented in the US in 1987.

“The high-efficiency catalyst technology has been developed beyond the limits of the technology that has remained as a long-lasting technology,” says Professor Ahn. “The value is high as a next-generation energy technology utilizing abundant natural resources.”

This work has been supported through the ‘C1 Gas Refinery’ project by the Korean Ministry of Science and ICT and the National Research Foundation of Korea. The findings of this study have been published in the prestigious international journal, Journal of Catalysis on October 19, 2018. The research team has also filed a patent for its novel [email protected] catalyst.